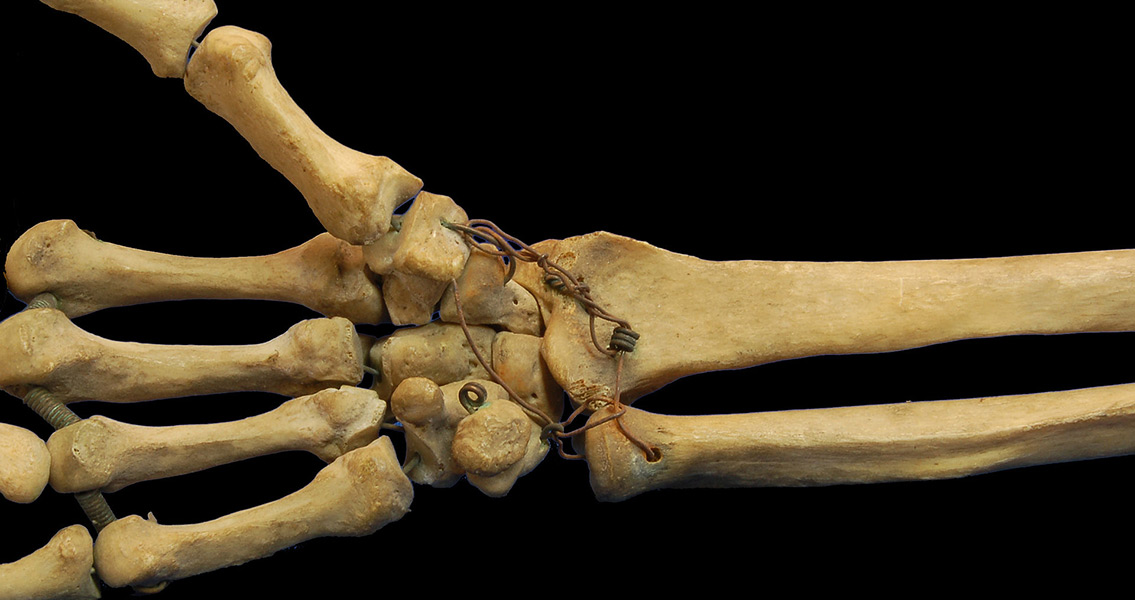 Homo habilis and Paranthropus boisei, the researchers say, but was more modern human-like than them. In fact, this species could be a “missing link” between Homo habilis and Homo sapiens. The bone was discovered in Olduvai Gorge, northern Tanzania, at a rich palaeontological site called Philip Tobias Korongo, or PTK, and, according to UPI, moves forward the point at which hominins climbed down the trees and evolved hands suitable for holding tools by as many as 400,000 years. In their paper, the researchers who discovered the bone note that there has been ongoing debate about the cause and effect relationship between the evolution of a hand capable of manipulating tools and the invention of these tools, a debate in which the discovery represents a valuable input. For one thing, it brings the evolution of the modern human-like hand closer to the oldest stone tools, discovered earlier this year in Kenya. Still, the tools predate the finger fossil by more than a million years, suggesting there could be even older fossils of modern human-like hands. The lead author of the study, Manuel Dominguez-Rodrigo from the Institute of Evolution in Africa, told New Scientist that the bone “belongs to somebody who’s not spending any time in the trees at all”. It is straighter than the phalangeal bones of tree-dwelling hominins who used their hands as modern-day primates do, to move in trees by hanging from branches and swinging between them. Speaking to the Christian Science Monitor, Dominguez-Rodrigo also said that this species was already capable of using tools and it was larger than its contemporaries. Based on the size of the fossil, the hominin it belonged to must have stood about five foot nine, which is quite a bit more than Homo habilis, (the first hominin who left Africa), who has been estimated to have stood at around three feet tall. The authors of the study note that the evolution of the hand has been a major driver for the evolution of humans, because the more capable of manipulating objects it became, the more capable hominins got at using increasingly sophisticated tools. However, recent discoveries, including this one, are revealing a much more complex hand evolution picture. For instance, the researchers write, the hand bones of some Pliocene australopiths have proven to be much more modern human-like than the bones of hominins from a more recent era, the Pleistocene. This suggests that hands capable of manipulating tools evolved before the tools were invented, feeding more evidence into the debate about the causal link between hand evolution and tool invention. For more information: “Earliest modern human-like hand bone from a new >1.84-million-year-old site at Olduvai in Tanzania” ]]>