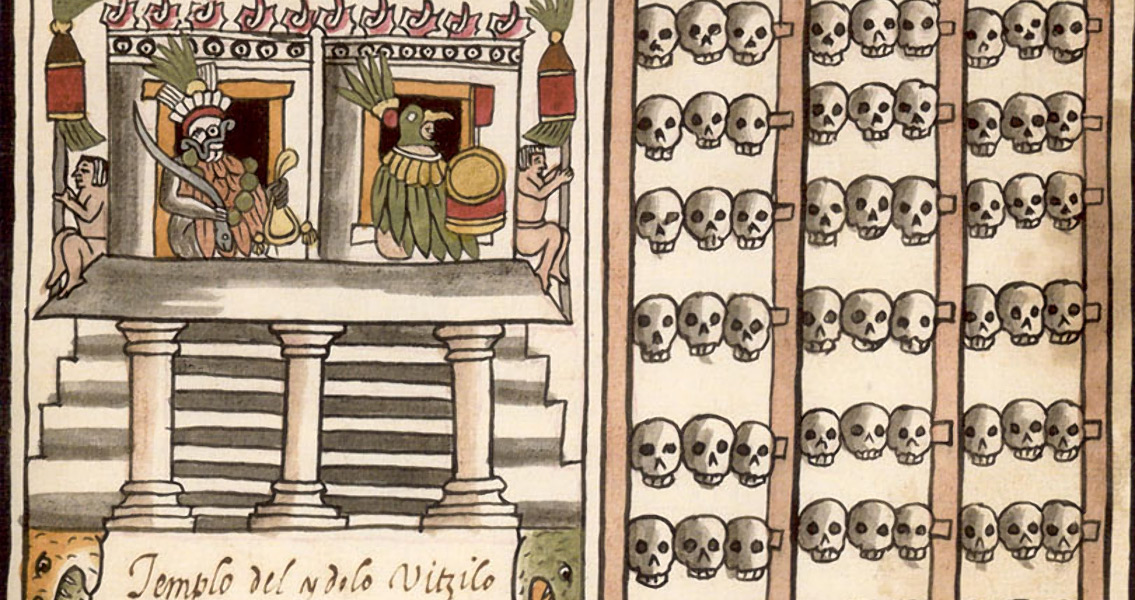 top 10 list of structures made using human bones, in which the top spot is occupied by a tower made from human skulls. The tower, made from the skulls of Serbian rebels against the Ottoman empire, was the brainchild of one general Hurshid Pasha, who built the 15-foot tower from 952 skulls, near the city of Nis. Commenting on the Mexico City find, one of the researchers working on the dig, Raul Barrera, told the AP that there are a lot more skulls in deeper layers in the ground, so the initial number of 35 is expected to swell considerably as excavations continue. This will take time, however, because the house above the site is considered to be historically valuable, so the archaeologists often have to work in narrow wells some six feet under the floor of the house, suspended on a wooden platform, lying face down. It seems that these efforts have paid off, since there is not much doubt that this is indeed the main tzompantli of the Templo Mayor Aztec. A year ago, scientists from the National Institute of Anthropology and History uncovered another partial tzompantli in Mexico City, under a stretch of a new underground extension currently under construction. Four skulls were discovered there, Gizmodo reports, one of them, interestingly, a dog skull. Animal skulls were put on skulls racks extremely rarely, with the Aztecs obviously believing that human heads were more awe inspiring. ]]>