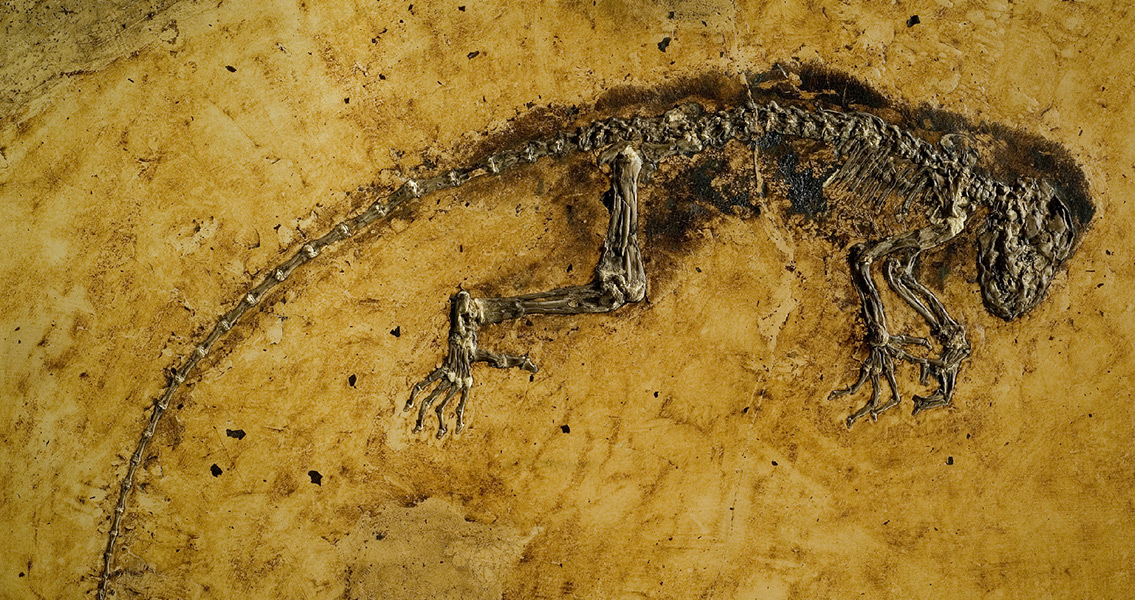 Darwinus masillae fossil has more in common with modern lemurs than previously thought. University of Toronto PhD student Sergi López-Torres along with Associate Professors Mary Silcox and Michael Schillaci, designed a model to understand how Darwinius developed. Using this new model, they were able to reexamine the standard interpretation of Darwinius masillae‘s place in the evolution of primates. Discovered in Messel Pit, Germany, in 2009, the fossilised remains of the deceased primate were nicknamed Ida, and represented the first example of a previously unknown genus. One of the most completely preserved fossils ever found, it is possible to see almost every bone in the skeleton, as well as outlines of skin and fur, and the contents from the creatures last meal. Darwinius masillae lived about 47 million years ago during the Eocene period. The fossil is of an immature female, measuring about 58 cm in length (including the tail). Like most primates she had opposable big toes, and the fingers and toes had nails instead of claws. The 95% complete fossil has become a crucial source of information for scientists about the Eocene period. The University of Toronto researchers compared the sequence by which adult teeth came in – dental eruption – in Darwinius with that of other primates. The fact that the Darwinius fossil is of such a young creature made it easier for the researchers to map the eruption of its teeth. “Every species has a particular pattern by which their teeth come in and this allows us to estimate the age of fossils that died before their adult teeth could emerge”, Lope-Torres said in a University of Toronto press release. “It seems that the pattern of dental eruption for Darwinius is more similar to that of lemurs than to that of monkeys.” To begin the study, Lopez -Torres undertook a comprehensive analysis of 97 living and fossilised extinct primates to form a better idea of the patterns of dental development between different species of primate. He discovered that the three most primitive primate ancestors; the ancestor of apes, monkeys and tarsiers; the ancestor to lemurs and lorises; and the common ancestor to all primates – all had the same eruption sequence of their teeth. This pattern was similar to the eruption sequence found in the Darwinius fossil. The key to concluding that Darwinius was closer to lemurs than the other groups came in the eruption of the third molar. “The major difference is we found that anthropoids (ancestors to monkeys, apes and humans) are characterized by a late eruption of the third molar, which is something Darwinius clearly doesn’t show.” Darwinius has developed into something of a controversial species since its initial discovery, with a variety of interpretations having been made of its role in evolution. The team who found the fossil concluded that it was closely related to haplorrhines, and in particular anthropoids, having used a modern squirrel monkey as a model to study it. Subsequent researchers have argued that it is more likely a strepsirrhine species, the species that includes lemurs. The new researchers don’t completely support that hypothesis, but they do believe that the nature of Darwinius’ third molar discounts the anthropoid theory. Image courtesy of Wikimedia Commons user: Jens L. Franzen, Philip D. Gingerich, Jörg Habersetzer1, Jørn H. Hurum, Wighart von Koenigswald, B. Holly Smith]]>