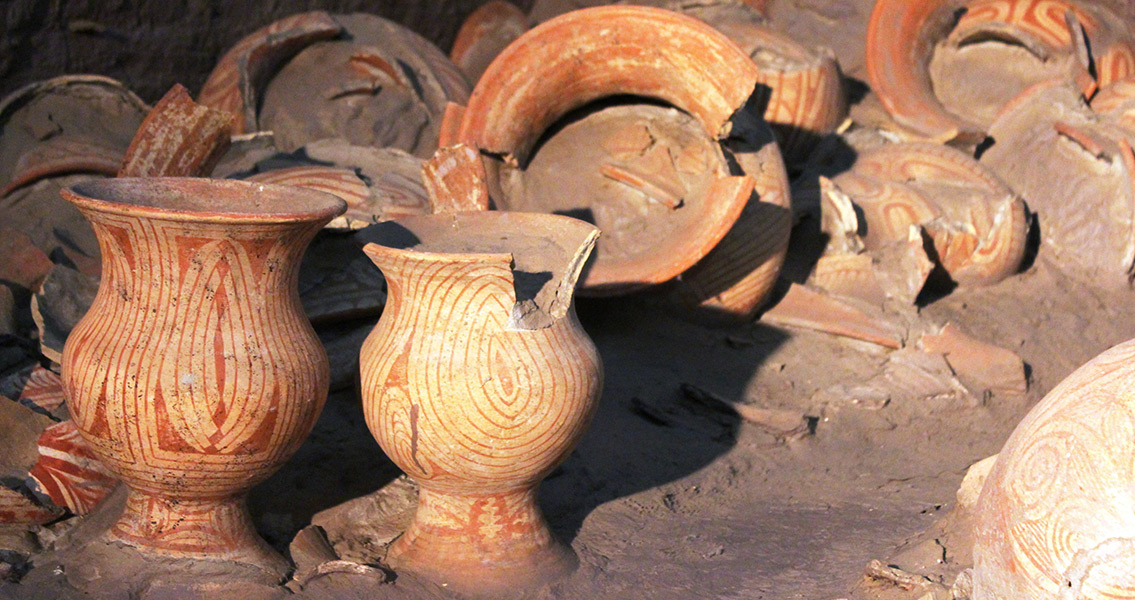 How and When the Bronze Age Reached South East Asia

New Historian: In the introduction to the study, you write, “This gap of nearly 1000 years, or ~50 human generations, between the two proposed hypotheses is of more than regional interest. Resolution of the issue has profound implications on theories of the cultural transfer of knowledge and the impact of metallurgy on society.”  Taking the results and your conclusions into consideration, could you expand on this? Charles Higham: Smelting copper and tin ore and combining the two metals into the alloy bronze has transformational properties on human behaviour. Imagine a world today with no metal. The technical aspects of smelting and casting are very demanding indeed, it is not easy. Where did the discovery or discoveries of this technology begin, and what were the mechanisms for its spread? The answer lies in the Middle East and Anatolia, followed by a spread outward that saw the technology adopted progressively in several directions, and that which affected Southeast Asia involved the adoption of the technology eastward beyond the Urals, across the steppes and into northwestern China. From there, bronze metallurgy was adopted by the early states of China, and ultimately, into Southeast Asia. Until the discovery of our new chronology, J. White and E. Hamilton proposed a much earlier date of about 2000 BC for the arrival of bronze workers in Southeast Asia, which saw specialists travel over thousands of kilometres from the Urals to the site of Ban Chiang, avoiding any impact on the sophisticated late Neolithic societies in China. Their proposed early chronology comes from a carefully selected handful of radiocarbon dates derived from the organic temper of ceramic vessels, a technique now known to be highly unreliable because the clay used to construct pots may contain an unquantified amount of old carbon. The short chronology, a thousand years later, sees a gradual progression southward that we suggest involved the movement of skilled bronze founders that originated in the early states of China, particularly the Shang Dynasty of the Central Plains flanking the Yellow River. This latter model fits conformably with the way in which the knowledge of metallurgy spread elsewhere, that is, by the progressive expansion of experienced miners, smelters and founders, rather than a rapid and remarkable dash over thousands of kilometres, to arrive at just one site, Ban Chiang, and then stop for a millennium before further transfer of knowledge to other sites in Southeast Asia. NH: Your study focused heavily on carbon dating of bones, both human and animal. Could you clarify, for our readers, how studying burials and the dating of bones can provide an insight into the spread of a Bronze age in a region? CH: Accurate dating is the master key to identifying what actually happened in prehistory. How you radiocarbon date has developed in leaps and bounds over the past decade. We now have very sophisticated pre-treatment protocols to purify bone, removing potential contaminants, and thus obtaining radiocarbon determinations. What you date must have as much reliability as possible. There is no better context for dating a site, than employing the bones of the people who lived there, provided collagen survives in the bones. Again, one does not rely any more on a handful of dates, but one needs a lot, and then they need to be treated with Bayesian statistics to pinpoint the beginning and the end of cultural phases. When a series of five sites, as in our article, all reveal the same sequence, then it is possible to date the actual establishment of bronze technology and relate it to what was going on in adjacent regions. NH: Now this study is finished, will you be expanding on it with similar work in the region, or elsewhere? CH: My project is funded by the Marsden Fund of New Zealand, and provides for 450 radiocarbon determinations. We are also dating sites in Vietnam, China, and Myanmar. The results from these sites conform with those already published in the Plos one article. NH: Finally, is there anything else you would like to add for our readers, concerning the study? CH: The new short chronology is particularly significant, because it not only identifies when the Bronze Age started, but also reveals how rapidly it stimulated social change. This centres on the site of Ban Non Wat, where there was a seamless transition from the late Neolithic into the early Bronze Age in about 1050 BC. Unlike earlier excavations at sites like Ban Chiang, we opened a very large area, which involved seven seasons and about two years of actual excavation. Only with such large exposures does one approach prehistoric reality. We found that there was a sharp spike in the quantity and the quality of mortuary offerings with the initial Bronze Age, that lasted for a handful of generations, before in the next phase, the mortuary offerings were of such a magnitude that one could describe the dead as princely. Men, women and infants were interred with multiple exotic marine shell and marble ornaments, tens of thousands of shell beads, up to 80 fine decorated ceramic pots per burial, and copper axes, chisels and ornaments. This wealthy elite interred in the centre of the site contrasts with poorer individuals buried towards the periphery. They held a dominant social position over at least six generations. At Non Nok Tha and Ban Chiang, however, the Bronze Age dead were decidedly poor with virtually no exotic ornaments and just rarely more than three pots. We suggest that this reflects the dominant geographical location of Ban Non Wat astride a major route of exchange from Central Thailand to the valley of the Mun River. Our excavations at Ban Non Wat have been fully published in four volumes. The full study is available from: www.plosone.org]]>