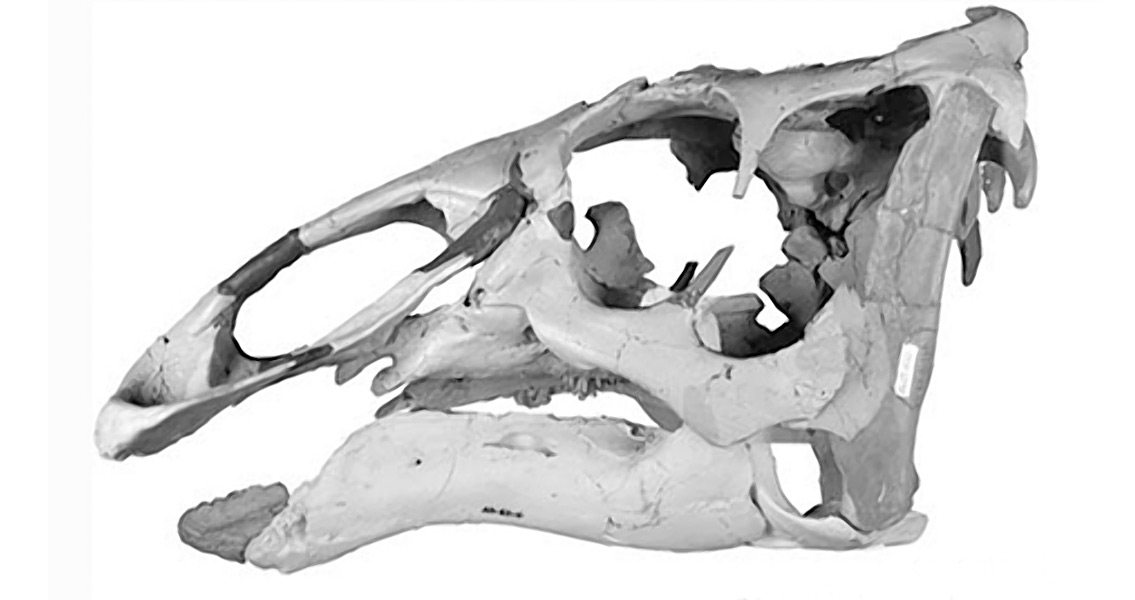 Ugrunaaluk kuukpikensis, a hadrosaur, or duck-billed dinosaur, probably lived around 69 million years ago and spent four months every year in darkness, surviving on tree bark, ferns, and whatever other vegetation was left when the sun went down for the winter. The hadrosaur fossils were discovered in the Liscomb Bone Bed, a geological layer rich in ancient fossils along Colville River, in the Prince Creek formation, the University of Alaska Fairbanks said in a press release. Pat Druckenmiller, one of the authors of the new study and the earth science curator at the University of Alaska Museum of the North, said the animal stood between six and seven feet tall and was up to 30 feet long. The creature’s hind legs were much longer that its front legs but it could walk on all fours, the authors also report. Another one of the authors, biologist Gregory M. Erickson from Florida State University, told the New York Times that the “ancient grazer” had crests along its back, like Godzilla, and a mouth full of as many as 1,000 sharp teeth. Although Ugrunaaluk kuukpikensis had to survive snowfalls and a long period of darkness, the authors note that temperatures above the Arctic Circle during the Cretaceous were warmer than they are now, with the average standing around 4 degrees Celsius above zero. Still, if that was the average, then there were certainly prolonged periods when temperatures dipped below zero, which suggests the hadrosaur was a uniquely hardy creature. Druckenmiller told the New York Times that the species is completely new to science, distinctly different from other dinosaur species discovered earlier at lower latitudes in Alaska, a “truly polar” dinosaur. The authors of this new paper, which was published in the journal Acta Palaeontologica Polonica, had earlier published work suggesting that there were animals living in northern Alaska 69 million years ago, when there were forests in the area because of the more temperate climate, the press release notes. Erickson says that the discovery of the Ugrunaaluk kuukpikensis fossils “challenges everything we thought about a dinosaur’s physiology.” he added that the discovery prompts the question of how the duck-billed herbivores survived the harsh Arctic winter. Since 1961, when palaeontologist Robert Liscombe, after whom the area is named, discovered the first dinosaur fossils in the Northern Slope of Alaska, a total of 6,000 dinosaur bones have been unearthed there. Most of them belong to young, smaller, animals, probably a herd that was suddenly killed, Druckenmiller says in the press release. As for species, three distinct ones have been named and catalogued, all of them unique to northern Alaska. This latest one, “the ancient grazer” as its name translates from the language of the local indigenous community, is by far the most complete ever discovered in a polar region, Druckenmiller says. For more information: “A new Arctic hadrosaurid from the Prince Creek Formation (lower Maastrichtian) of lower Alaska” Image courtesy of Wikimedia Commons user: Hirotsugu Mori, Patrick S. Druckenmiller, and Gregory M. Erickson]]>