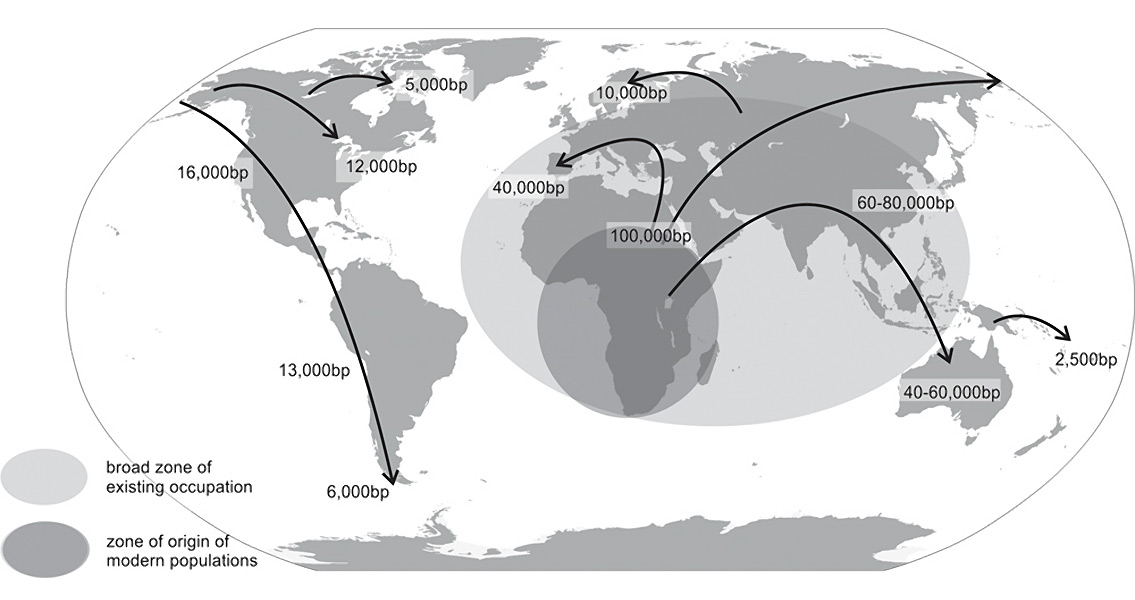 Did Our Dark Side Push Late Pleistocene Dispersal?

Open Quaternary, offers a social explanation for the sudden change. “Here it is argued that the structural dynamics of emotionally complex collaboration and in depth moral commitments generates regular expulsion events of founding populations. These expulsion events provide an explanation for the as yet elusive element to dispersal. Alongside cognitive and cultural complexity we should recognise the influence of emerging emotional complexity on significant behavioral changes in the Palaeolithic. ” In essence, the new study argues that as human relationships became more complicated, so the potential causes of conflict increased. This in turn became a force which could force humans to live further away from each other. The social bonds which were increasingly responsible for keeping our initial communities together had a darker side in that they increased the level of repulsion one felt after a perceived betrayal of trust. At the same time, as humans became more reliant on social bonds for their survival, they became more determined to identify and punish those who had ‘cheated’ them. Dr. Spilkins argues that the enormous pressure put on those who had betrayed a trust, including a fear of physical reprisals from wronged former friends, drove human dispersal into hostile environments, increasing the space between communities. In a press release from York University, she explained the ramifications of the study. “Active colonisations of and through hazardous terrain are difficult to explain through immediate pragmatic choices. But they become easier to explain through the rise of the strong motivations to harm others even at one’s own expense which widespread emotional commitments bring. “Moral conflicts provoke substantial mobility — the furious ex ally, mate or whole group, with a poisoned spear or projectile intent on seeking revenge or justice, are a strong motivation to get away, and to take almost any risk to do so.” This strong emotional response to a betrayal of trust is something which we still experience today. Exactly why this would have become an issue 100,000 years ago to the extent that it drove our dispersal across continents and seas is unclear, but the study offers some possible explanations. “The precise factors influencing the post 100,000 year transition to collaborative morality may be complex. We may be tempted to infer that modern humans as a species, emerging in Africa, were simply more emotionally complex than other species, and that this alone allowed them to pass a transition point where widespread egalitarianism based on complex moral emotions and commitments was the norm.” Exactly why our species came to spread around the globe is one of the most fascinating mysteries of archaeology. Dr. Sipkins’ study has provided a unique insight into this development, ominously highlighting a darker side of humanity as a driving force of its history. For more information: www.openquaternary.com Image courtesy of University of York]]>