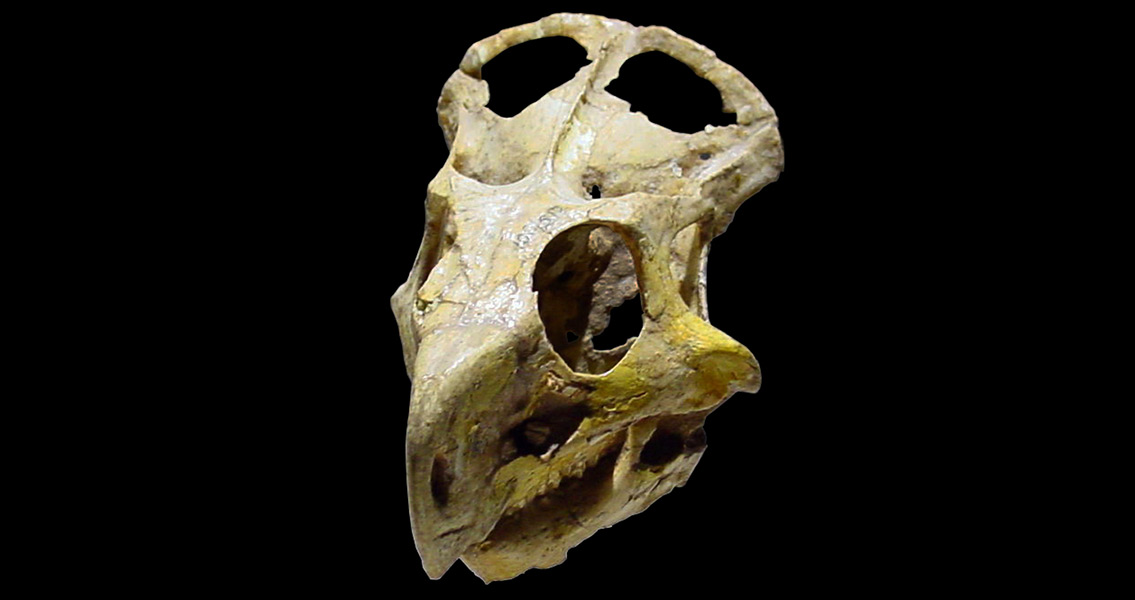 Protoceratops andrewsi being greater than the overall growth of the animal by demonstrating positive allometry.” As well as changing in shape, the frill also changed in size, becoming proportionately wider as the dinosaur got older. This has been taken by the QMUL team as evidence that the frills were connected to sexual selection. As they explain in the study, although there are some exceptions in the animal kingdom where positive allometric traits are not connected to sexual selection, they are incredibly rare. “If a trait is shown to be positively allometric then, in the absence of a plausible alternative regarding its evolution, we can take this as evidence supporting a hypothesis of evolution via sexual selection or socio-sexual dominance signals.” Other explanations for the horns and frills on Ceratopsian dinosaurs exist. Some palaeontolgists have argued that the horns and frills were merely a means of defence against predators, while others have suggested that the ornamental bone structures were a means for the animals to identify other members of their herd. These explanations are not mutually exclusive, and it is possible that the structures had multiple functions. Meanwhile, the authors of the study argue that the findings provide further evidence of the importance of sexual selection in shaping biodiversity. “Biologists are increasingly realising that sexual selection is a massively important force in shaping biodiversity both now and in the past. Not only does sexual selection account for most of the stranger, prettier and more impressive features that we see in the animal kingdom, it also seems to play a part in determining how new species arise, and there is increasing evidence that it also has effects on extinction rates and on the ways by which animals are able to adapt to changing environments.” said Dr Rob Knell, Reader in Evolutionary Ecology, also from QMUL’s School of Biological and Chemical Sciences. Image courtesy of Wikimedia Commons user: Luis Miguel Bugallo Sánche]]>