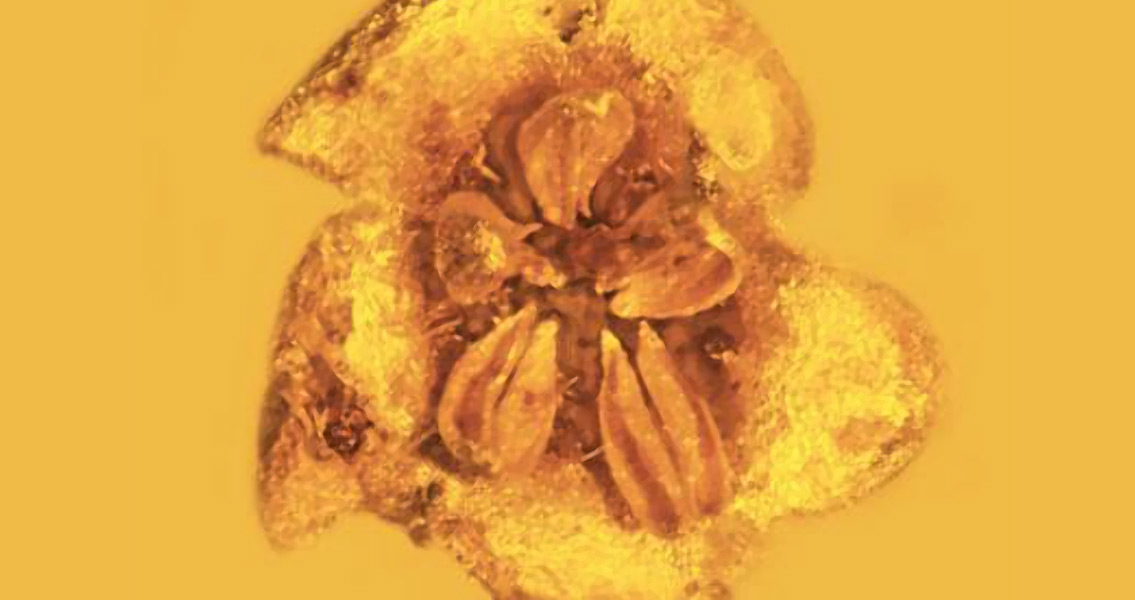 Nature Plants. The specimen belongs to the genus Strychnos, one which eventually gave rise to some of the world’s most lethal poisons, including strychnine and curare. Asterids are a family of flowering plants which have developed into some of the most crucial species in the world, giving us everything from potatoes to tomatoes, tobacco and cocoa. Providing vital foodstuffs for humans, asterids are an incredibly diverse group of plants spread across ten orders, 98 families and about 80,000 species. All together, they cover around a third of earth’s flowering plants. Two 20-30 million year old fossil flowers were found perfectly preserved in a piece of amber. The discovery was made in what is now the Dominican Republic. “The specimens are beautiful, perfectly preserved fossil flowers, which at one point in time were borne by plants that lived in a steamy tropical forest with both large and small trees, climbing vines, palms, grasses and other vegetation,” said George Poinar, Jr., a courtesy professor in the College of Science at Oregon State University. Prof. Poinar is one of the world’s leading experts on plant and animal life preserved in amber. Visually stunning, the plant was also likely deadly. “Species of the genus Strychnos are almost all toxic in some way,” explained Prof. Poinar. “Each plant has its own alkaloids with varying effects. Some are more toxic than others, and it may be that they were successful because their poisons offered some defense against herbivores.” The study results confirm that plants from the inherently toxic Strychnos genus were around on earth millions of years before humans’s evolved. There are currently around 200 species of Strychnos plants around the world, predominantly found in the tropics. Strychnine is nowadays mostly found as a white, odorless powder. Just a small amount of the dangerous substance triggers severe effects in humans, and can be fatal. Surprisingly however, it also has some medicinal uses and used to be sold in pill form. Its most common application though is in rat poisons, and pesticides. The most readily available source of the poison now is the Strychnos nux-vomica plant from southern Asia and Australia, giving an insight into just how far the genus spread from the Dominican Republic. Curare has long been used in weapons, with indigenous South American tribes using it either with arrows or blow darts for hunting. A strong muscle relaxant, it is able to paralyse hunted prey. Although poisonous, it has medical applications, particularly during surgery. “Specimens such as this are what give us insights into the ecology of ecosystems in the distant past,” explained Poinar. The discovery of the fossils in an area that was once Late Cretaceous forest suggests that many other related plant families could have evolved within similar environments. For more information: www.nature.com Image courtesy of George Poinar, Jr., courtesy of Oregon State University]]>