BREAKING NEWS
GMT+2 01:46
Home Editorial Astrology, Antisemitism and Other Answers for The Plague 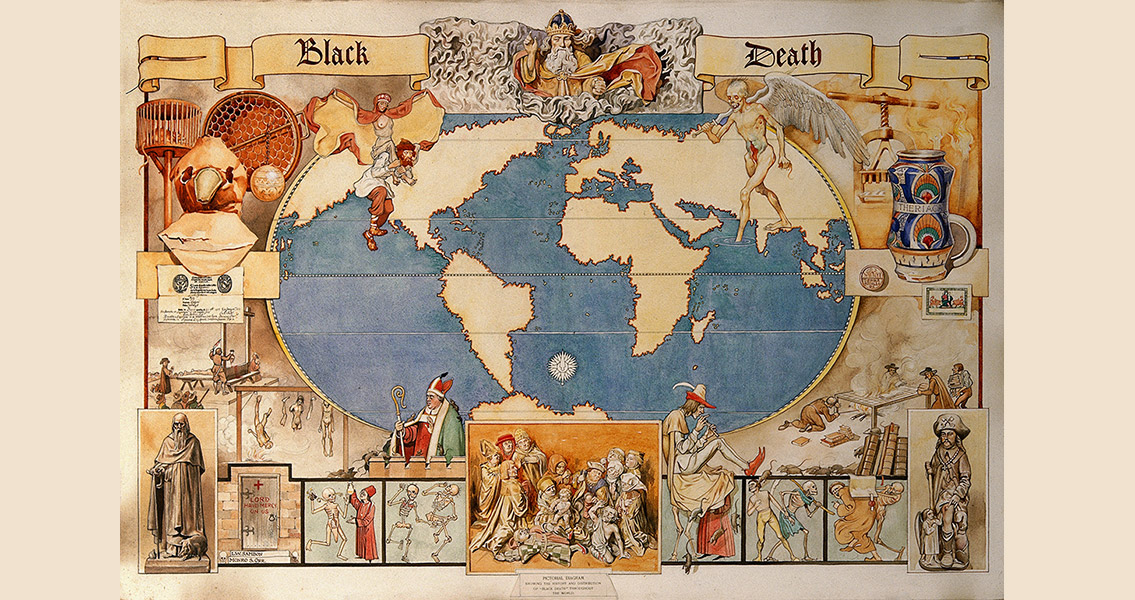 Astrology, Antisemitism and Other Answers for The Plague

Compendium de Epidemia per Collegium Facilitatus Medicorum Parisius. Better knowledge about disease and bacteria has improved our understanding of the Black Death, and how it was able to spread so rapidly and devastatingly across Europe. Scientists have shown that the disease was spread by a bacillus called Yersina pestis. Possibly transferable between people pneumonically through the air, as well as through the bites of infected fleas, the Plague was spread through trade routes from Asia into Europe, and across the whole continent via major trade hubs such as Rome. Yet even now, some controversy and debate surrounds the disease, in particular regarding how it seemed to keep returning after decades of dormancy. ]]>