BREAKING NEWS
GMT+2 01:57
Home Breaking News Malaria Was Around With The Dinosaurs 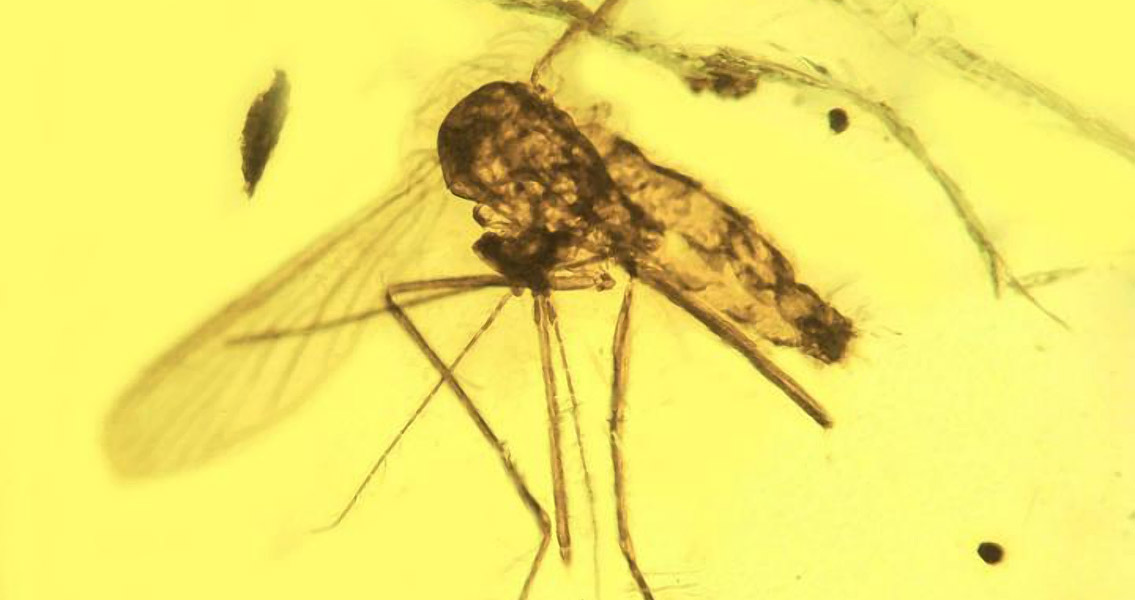 Malaria Was Around With The Dinosaurs

P. falciparum parasite. The first recorded instances of the disease in humans took place in China in 2,700 BCE. It has since had a constant, and dramatic effect on history, with some historians arguing that it played a leading role in the fall of the Roman Empire. Now, a new study argues that the origins of malaria go back much further than ancient China, to the time of the dinosaurs. Typically, malaria is thought to be of a reasonably modern origin, with estimates placing its beginnings to between 15,000 and 8 million years ago. The new study, published in the journal American Entomologist, argues that malaria evolved in insects at least 100 million years ago. George Poinar, a researcher from Oregon State University, claims that the disease may have begun in an insect such as the biting midge. His conclusions have been reached through careful analysis of the fossil record, including a one hundred million-year-old Protoculicoides biting midge preserved in Myanmar Amber, which contained numerous oocysts of the malarial parasite Paleohaemoproteus burmacis in its body cavity. “Scientists have argued and disagreed for a long time about how malaria evolved and how old it is,” Poinar explained in a press release from OSU. “I think the fossil evidence shows that modern malaria vectored by mosquitoes is at least 20 million years old, and earlier forms of the disease, carried by biting midges, are at least 100 million years old and probably much older.” Poinar and his wife Roberta garnered attention in 2007 with their book ‘What Bugged the Dinosaurs?’, in which they suggest that the evolution and development of blood sucking, disease spreading insects could have played a pivotal role in wiping out the dinosaurs. They argue that a single global event, such as a meteor strike, failed to explain dinosaur extinction. “There were catastrophic events known to have happened around that time, such as asteroid impacts and lava flows,” Poinar said in the OSU press release. “But it’s still clear that dinosaurs declined and slowly became extinct over thousands of years, which suggests other issues must also have been at work. Insects, microbial pathogens and vertebrate diseases were just emerging around that same time, including malaria.” In the new study, Poinar argues that insects must be considered the primary hosts of malaria, since the sexual reproduction stage of the parasites does not occur in the vertebrate animals they infect. In particular, he highlights Gregarinida as the parasite group which could have been the progenitor of the disease. “Based on the host range and life cycle of representatives of the Coccidia and Gregarinida, the progenitor for malarial organisms (Haemosporidia) is considered to have evolved from gregarine protozoa.” he writes in the newly published journal article. Based on the fossil evidence, he concludes that reptiles may have been the first vertebrate hosts of malaria, “Fossil evidence and molecular studies indicate that the original vertebrate hosts of malarial or plasmodid organisms were reptiles; thus, the mid-Cretaceous biting midge infected with P. burmitis could well represent an early prototype of a malarial vector–vertebrate association.” He writes in the study. Poinar’s research suggests that malaria is millions of years older than traditionally believed. By charting its ancient history, new insights could be gleaned into its effects on vertebrate survival millions of years ago, as well as providing new insights into its deadly modern day life-cycle. For more information: oxfordjournals.org Image by George Poinar, Jr., courtesy of Oregon State University]]>