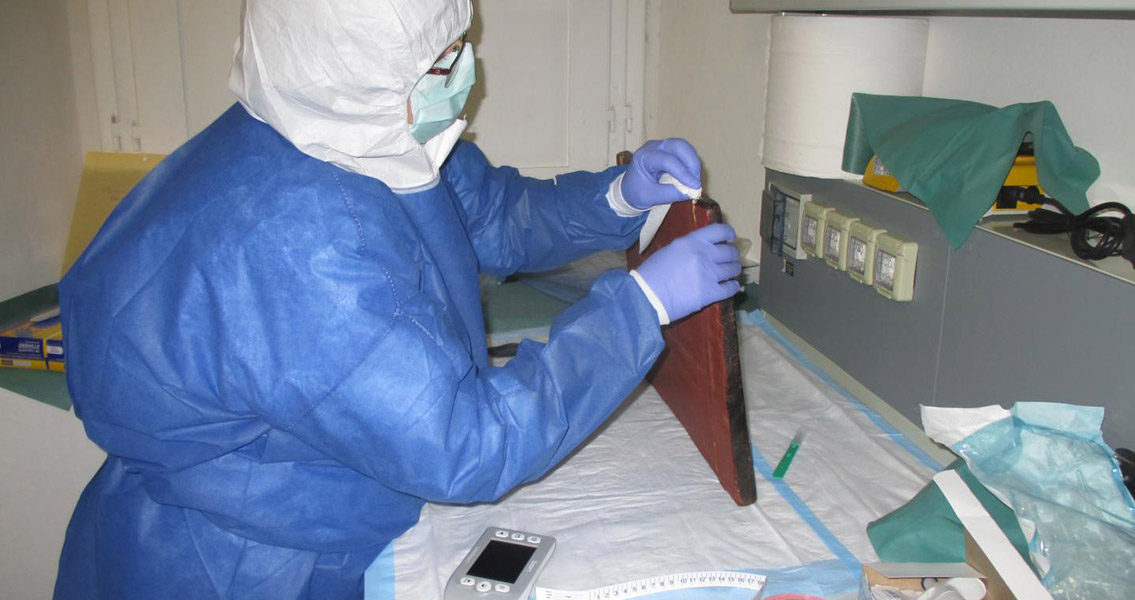 Posted By: Daryl.Worthingtonon: May 07, 2016In: Breaking NewsNo Comments
Print Email

Journal of Human Evolution. The Project’s team comprises anthropologists, art historians, genealogists and microbiologists from a host of leading Universities in Europe and North America, as well as specialists from the J. Craig Venter Institute of California, the institution responsible for mapping the human genome. A comprehensive image of Da Vinci’s life could be produced by the time the study is completed. In particular, analysis of the remains could allow insights into his lifestyle; his state of health, diet, personal habits and even the places he lived and stayed in. Brunetto Chiarelli of the International Institute for Humankind Studies and editor of the Journal of Human Evolution, underlined just how revelatory the team’s research could be. “Matching Leonardo’s DNA to that of his family presents puzzles that are minutely specific to their history and circumstances, but the tools the investigators use are generic and broadly applicable.” Chiarelli said, in a press release from the journal. “We stand to gain not only greater historical knowledge of Leonardo but possibly a reconstruction of his genetic profile, which could provide insights into other individuals with remarkable qualities.” For the art world in general, the techniques being explored and developed by the team could have a revolutionary impact, capable of detecting multi-million dollar forgeries. One of their aims is to see if Da Vinci’s DNA can be extracted from his artworks. For instance, members of the team are in discussion with the Florentine laboratory currently restoring Da Vinci’s ‘Adoration of the Magi’ about the possibility of removing dust from the painting and studying it for signs of Da Vinci’s DNA. If it turns out an artist’s DNA can be extracted from artwork, it would prove a game changer in verifying a piece’s authenticity. The researchers aim to finish their ambitious project by 2019, to coincide with the 500th anniversary of Da Vinci’s death. Recent multi-disciplinary anthropological studies have provided remarkable insights into the lives of Richard III and the Spanish author Cervantes. The new study has the potential to do the same for Leonardo Da Vinci. For more information: The Leonardo Project: Special Issue]]>