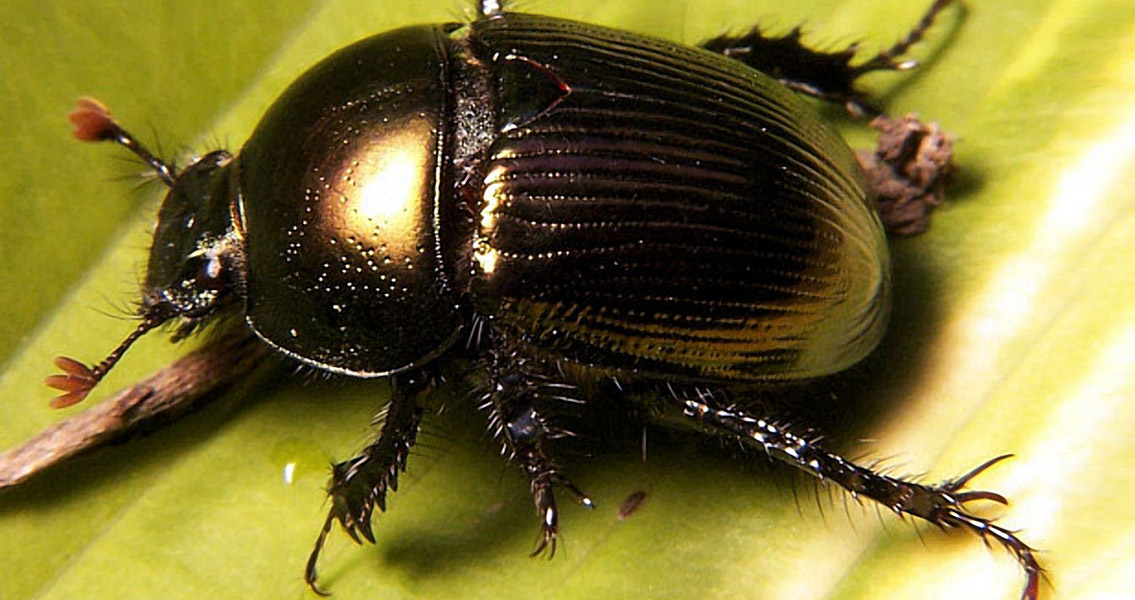 Dinosaurs Were an Important Resource for Dung Beetles

Posted By: Ginger.Peraleson: May 07, 2016In: Breaking NewsNo Comments
Print Email

PLOS ONE, co-author Dr. Stephen Cameron with the Queensland University of Technology in Australia explained that fossilized dinosaur feces (70 and 80 million years old) supports the hypothesis the study outlines because it shows signs of tunneling that has been attributed to dung beetle feeding. The study is the first to show how the specialization of one group was related to using dinosaurs, the dominant species for 135 million years, as a resource. Of course, the flip side of this connection is that the mass extinction of dinosaurs during the Cretaceous-Paleogene period would have also impacted the dung beetle. Fortunately for the beetle, the impact of the dinosaur extinction occurred during the beetle diversification and they survived the event. The study concludes that the modern dung beetle is descended from a species which either fed on the dung of dinosaurs and other early mammals, or from a species which had already adapted to eating the dung of the Cretaceous mammals. Although the findings may challenge prior research associating mammals and the origin of dung feeding, the study also shows that the greatest rate of diversification the beetle experienced was during the Paleogene period, which is in line with the timing of major diversification of most mammals. Additional research will be needed to untangle the cause of the latest diversification and provide more detail on the dung beetle’s survival through the Cretaceous-Paleogene mass extinction. This story of flowering plants, beetles, and dinosaurs, demonstrates the relationships and complex interactions between evolving ecosystems, and the possibility of discovering what drives diversification – even for insects like the dung beetle for which very limited fossil records exist. The study was published this week, in the open-access journal PLOS ONE.]]>