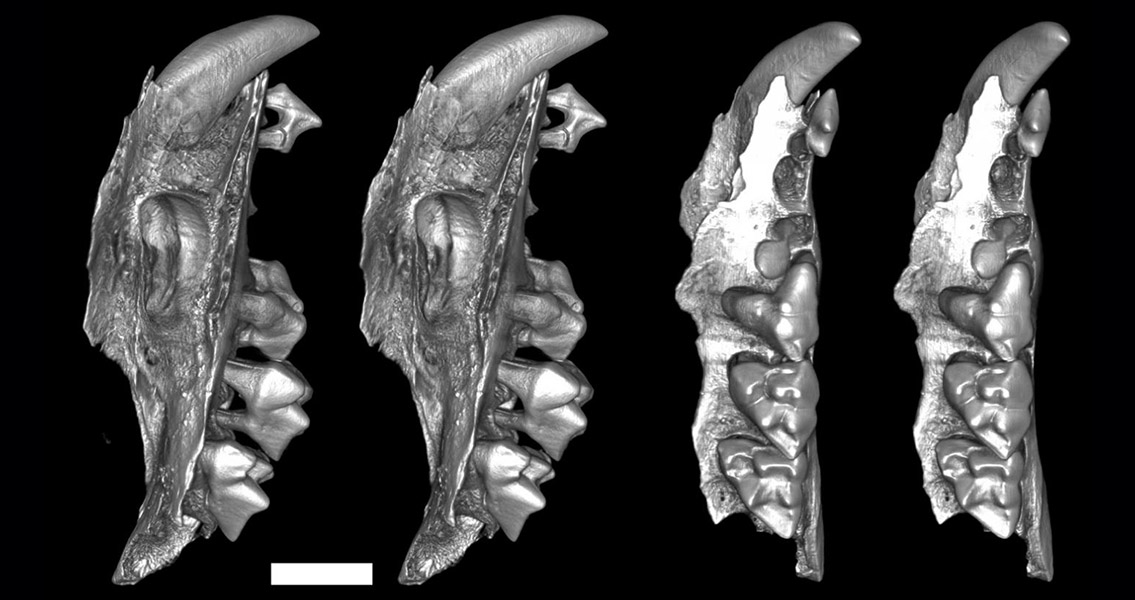 Posted By: Daryl.Worthingtonon: May 29, 2016In: Breaking NewsNo Comments
Print Email

Malleodectes mirabilis by the researchers behind the study published recently in the journal Scientific Reports. “Malleodectes mirabilis was a bizarre mammal, as strange in its own way as a koala or kangaroo,” said study lead author Professor Mike Archer, from UNSW. “Uniquely among mammals, it appears to have had an insatiable appetite for escargot–snails in the whole shell. Its most striking feature was a huge, extremely powerful, hammer-like premolar that would have been able to crack and then crush the strongest snail shells in the forest.” Archer and his team have been carrying out excavations at the Riversleigh World Heritage Fossil Site across four decades. Nothing remains of the cave except its limestone floor, which contains fossils of creatures who either fell into or lived in the cave throughout its history. Over the years the cave’s walls have worn away, but the fossil deposits there still cover the last 24 million years of Australian history. Teeth and other partial remains of Malleodectes had been found in the cave previously, but the discovery of a well preserved juvenille’s skull in a 15 million year old Middle Miocene cave deposit revealed just how strange the creature was. An acid bath allowed researchers to extract the remains from the limestone casing, and commence analysis involving techniques such as micro-computed tomography. UNSW Professor Suzanne Hand, a member of the team involved in the research, offered an explanation as to how the young animal may have died. “The juvenile malleodectid could have been clinging to the back of its mother while she was hunting for snails in the rocks around the cave’s entrance, and may have fallen in and then been unable to climb back out,” she said in the UNSW press release. At the time of its death the creature was teething, with its adult teeth embedded in its jaw and on the verge of erupting. The unusual creature, which went extinct millions of years ago, is believed to have been a distant relative of modern Tasmanian Devils. “Although it is very different from the others, it appears to have been related to the dasyures – marsupial carnivores such as Tasmanian Devils and the extinct Tasmanian Tigers that are unique to Australia and New Guinea.” Professor Archer said. Since they started forty years ago, UNSW’s annual expeditions to the Riversleigh site have yielded a host of remarkable, extinct creatures, including leopard like, potentially tree dwelling crocodiles known as drop crocs; and Dromornis, one of the largest birds to have ever existed, which is occasionally referred to as the ‘Duck of Doom’. Like many of the other strange, wonderful and occasionally terrifying creatures unearthed in Riversleigh’s rocks, it’s believed Malleodectes mirabilis went extinct as the result of a period of severe climate change that started around fifteen million years ago. “This climate change-driven transformation in Australia’s wildlife over the last 15 million years is a timely reminder of the probable outcome of the next cycle of climate change, one we appear to have triggered ourselves,” remarked Archer. Image courtesy of Karen Black and Suzanne Hand/UNSW]]>