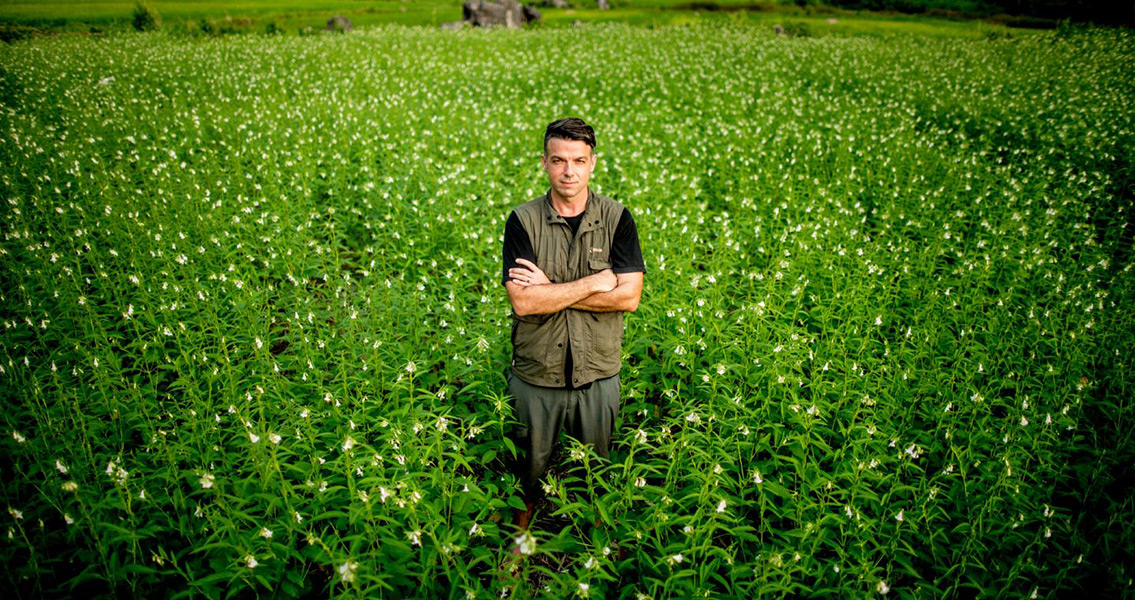 Homo floresiensis, a mysterious, pygmy like human species, were first found on the island of Flores, Indonesia, in 2003. The unusual creatures have been nicknamed hobbits, in reference to their similarities to the characters from J.R.R Tolkien’s popular fantasy books. The first specimen, discovered in the Liang Bua cave on Flores, was surrounded by stone tools and animal remains. Thirty years old at the time of death, the female H.floresiensis would have been about 3.5 foot (1.06 metres) tall. Subsequent discoveries of jaw and skeletal remains from eight similarly diminuitive individuals led scientists to conclude in a 2009 study that the initial discovery had not been an anomaly. Exactly when H.floresiensis actually lived is far from clear, but a 2005 paper in Nature suggested they could have been around as far back as 95,000 years ago until as recently as 12,000 years ago. Now, remains of hominins that were roughly the same size as H.floresiensis but ten times older, have been excavated from Mata Menge, a site in open grasslands 70 km east of Liang Bua, Indonesia. Several isolated hominin teeth, as well as a fragment of lower jaw, were found in a layer of sandstone which had been deposited around 700,000 years ago next to a lakeside stream. The findings are reported in the journal Nature. “We have unearthed fossils from at least three individuals, including two children, along with stone tools that are almost identical to those made by the much younger Homo floresiensis,” said Dr. Adam Brumm from Griffiths University, who was involved in the excavations. Along with colleagues from the Geology Museum and Geological Survey Institute in Bandung, Indonesia, Dr. Brumm has been carrying out excavation work at Mata Menge since 2004. “There is a striking similarity in size and form between the Mata Menge hominins and the Liang Bua hobbit, which is surprising given the former are at least several hundred millennia older.” Dr. Brumm explained in a press release from Griffiths University. “This suggests the Mata Menge individuals belonged to a population of ancient hobbit-like hominins that gave rise to Homo floresiensis. They may even have been a very early form of hobbits, which would mean this species existed for far longer than anyone had anticipated.” Since the initial discovery in 2003, scientists have struggled to explain where H.floresiensis fit into the human family tree. Although broadly agreed that the ‘hobbits’ evolved from an archaic branch of hominins that existed prior to the emergence of our own species in Africa some 200,000 years ago, exactly which hominin group spawned them has divided opinion. One hypothesis is that H.floresiensis descended from Asian Homo erectus, also known as Java man, an early hominin that reached the island of Java 1.5 million years ago. The hypothesis suggests that a group of these ‘Java men’, which were similar in size to a modern human, somehow became stranded on Flores and gradually reduced in body size. The other hypothesis is that H.floresiensis came from an even more ancient ancestor, such as Homo habilis, or perhaps even an ape like hominin forerunner. The Mata Menge discoveries seem to add considerable support to the first theory. “While only a handful of fossils has been found at Mata Menge so far, characteristic features of the teeth strongly imply an ancestral relationship with Homo erectus,” Dr. Brumm said. “This lends weight to the theory that the hobbit was a dwarfed version of the famous Java Man, which somehow got marooned on the island. The fact that they were found with fossils of extinct pygmy elephants (Stegodon) and giant rats also supports the idea of an isolated group of Homo erectus undergoing a dramatic evolutionary change owing to the Island Rule.” These conclusions are far from conclusive of course. Brumm and colleagues are hopeful however, that more skeletal remains will be excavated from Mata Menge, which could provide further insights into H.floresiensis‘ history. “Mata Menge is a goldmine,” said Dr Brumm. “I expect that further excavations at this site will eventually yield a hominin skull, which will finally allow us to put a face and a name to the hobbit’s ancestor. Then we will know how this experiment in human evolution got started”.]]>