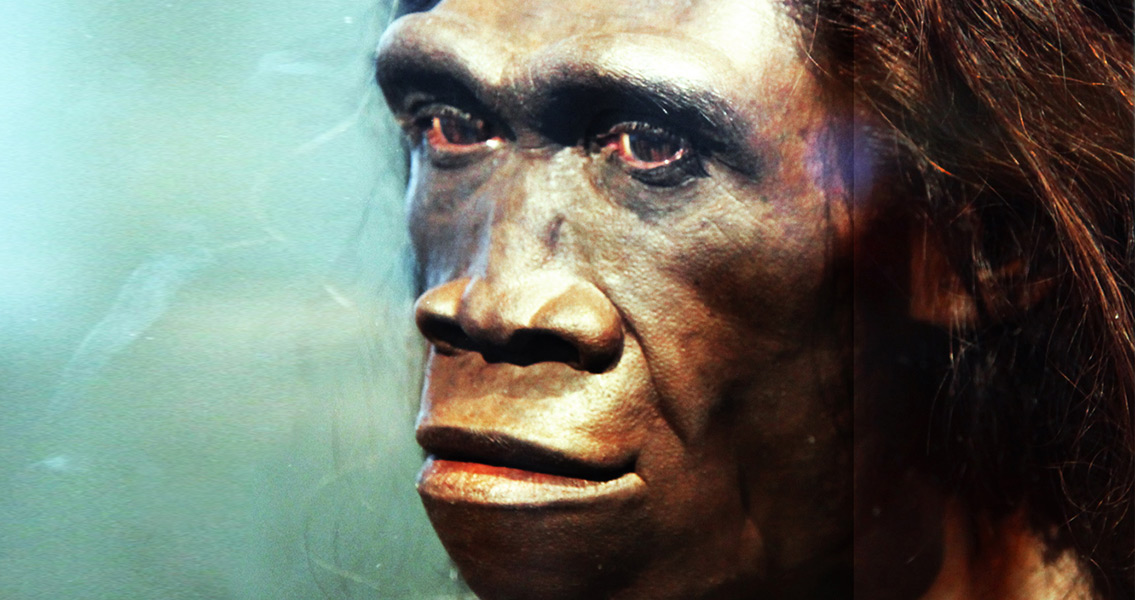 Homo erectus, in the desert of the East African country of Eritrea. It’s believed the prints date back approximately 800,000 years, and although their age has yet to be verified, it’s anticipated they will provide a wealth of information about the movements and gait of this extinct species of hominid. Alfredo Coppa, an archaeologist with Sapienza University in Rome, along with his Italian research team and researchers with Eritrea’s National Museum discovered the 26 square meter stone slab that contained the footprints. Today, the region where they were found is in the middle of a desert, but 800,000 years ago the environment was very different. The fossilized footprints, which are practically indistinguishable from our own, were left in the sandy sediments on the shore of a lake, which archaeologists believe was part of the landscape at the time. The shapes of the footprints indicate they filled with water directly after they were formed and before they dried out and were eventually buried. The footprints suggest movement from the north to the south, and amazingly, there were also tracks from an animal similar to a gazelle around them, suggesting perhaps our early ancestors were on a hunting expedition. “Fossilized footprints are extremely rare,” Coppa explained to the Italian publication, The Local, “We need to carry out more digs in the area, which has so far turned up the fossilized remains of five or six different Homo erectus specimens.” Homo erectus (which means “upright man”) lived through most of the Pleistocene epoch which lasted from about 2,588,000 years ago up to 11,700 years ago. The earliest Homo erectus fossils date back 1.9 million years, and there are two schools of thought on how and where they evolved. The first theory has Homo erectus evolving from the Australopithecina, in East Africa, and migrating (around 2 million years ago) as a result of the desertifying conditions which were developing in northern and eastern Africa at the time. H.erectus joined other migrations travelling through the “Saharan Pump” and spread throughout much of Eurasia, getting as far as India, Georgia, Sri Lanka, Indonesia, and China. The second theory is that H.erectus evolved in Eurasia and then migrated to Africa, based largely on evidence which has been discovered at the Dmanisi site in Georgia which shows they inhabited the area around the same time or even slightly before the earliest evidence of H.erectus in Africa. What has been decided is that we, Homo sapiens, evolved from African Homo erectus approximately 200,000 years ago. Even if the footprints are found to be the oldest left by Homo erectus, they aren’t even close to being the oldest prints left by a hominid species; a team of researchers in Tanzania discovered the tracks of our first upright ancestor, Australopithecus, which were 3.8 million years old. ]]>