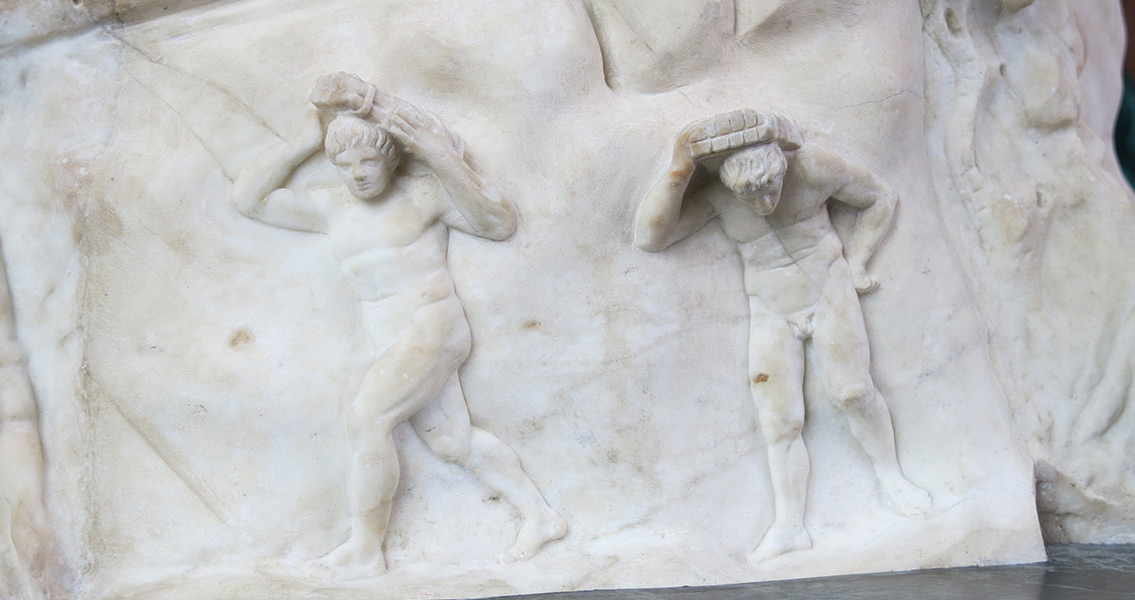 Daily Mail. “The ability to more accurately differentiate between stillborn and short-lived infants, without having to alter precious archaeological skeletons, will profoundly impact on the study of past human life.” Historians have long believed that infanticide was a fact of life for the ancient Romans. A number of explanations have been given, including attempts to manipulate the gender ratio, to control the size of families, or even as mercy killings to alleviate suffering. Some historians suggest that poor families may have killed newborns if they felt they were unable to provide for the child. Infanticide is an issue apparent even in ancient Rome’s foundation story: Romulus and Remus, the two sons of the god of war, Mars, narrowly survive after being thrown into the Tiber river. Seeming horrifically inhumane to modern eyes, in ancient Roman society babies were not considered fully human at birth. Rather, their humanity was thought to develop over time. Although not ruling out infanticide in ancient Roman society, the study results suggest it was not as prevelant as widely believed. Of course, the study was limited to a sample of just ten individuals from a single region, and is therefore far from conclusive. Other Roman burial sites at other locations would need to be studied in order to make a concrete conclusion. Meanwhile, the researchers behind the study intend to apply the x-ray microtomography technique to other remains in the Museum of London, to learn more about the history of the people of London in the Roman period and beyond. “The size of the Museum of London’s 20,000-strong collection of skeletons means we are uniquely placed to investigate research questions such as this one, as well as to provide meaningful interpretation of the results with our detailed archive information.” said Dr Rebecca Redfern, a co-author of the study in the Daily Mail interview. “We can now apply this research to infant skeletons in our collection from periods other than Roman London to investigate mortality risks and how these relate to London’s ever-changing environment and population.”]]>