BREAKING NEWS
GMT+2 12:31
Home Breaking News Findings from the Site of David Versus Goliath on Display for the First Time 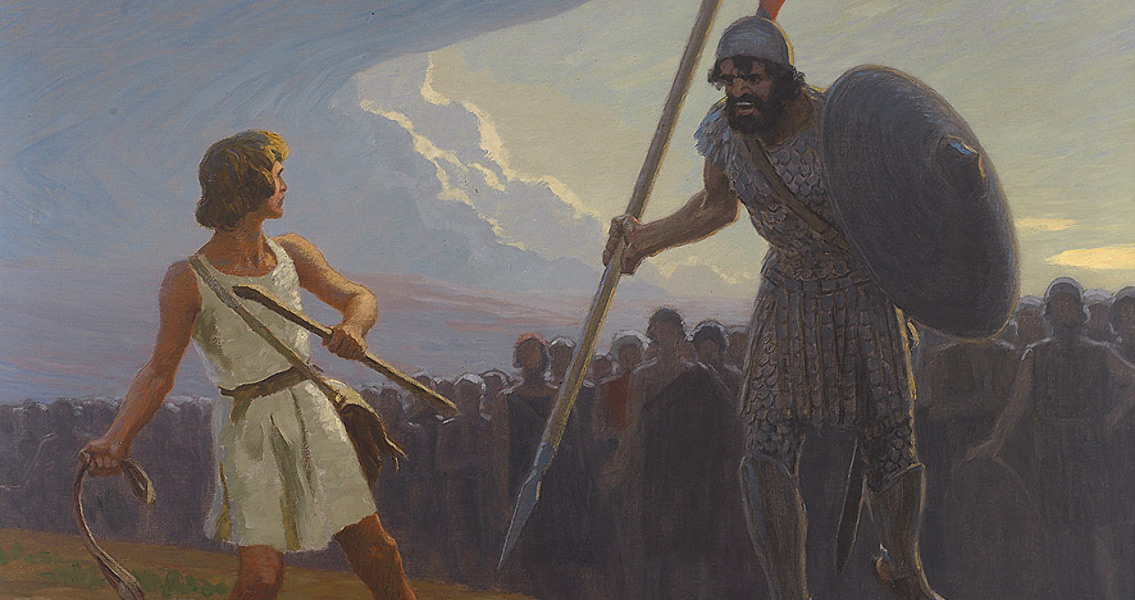 Tazpit Press Service (TPS), “Archaeology cannot find a man and we did not find the remnants linked to King David himself, but what we did find is archaeological evidence of the social process of urbanization in Judea.” This evidence of urbanization is in line with what the Bible describes as the formation of the Kingdom of David, when fortified towns replaced small agricultural communities. Carbon testing on olive pits unearthed at the Khirbet Qeiyafa site indicates the town was built towards the end of the eleventh century BCE, which fits the chronology of the Biblical narrative. Two aspects of the Elah Fortress were of particular interest to archaeologists, the large number of iron stones found and the wall with two unusual hollows, which encircled the site. Sha’arayim means “two gates” in Hebrew, and the hollows in the modern wall, which was constructed directly on top of the ancient wall, were in the same place, precisely, as the ancient wall’s two gates had been. The town’s geographical location also fits with the Biblical description of Sha’arayim, following the battle of David and Goliath and again in the Book of Joshua. The finds from the site include two inscriptions (in Canaanite script) which are considered to be the earliest writing examples of the Hebrew language, and a pottery shard with the Hebrew words, “king”, “don’t do”, and “judge”, easily identifiable. “Although I led the excavations, I myself was amazed to see the different pieces brought together in a way that allows visitors to get a clear picture of how the town looked and that gives them an opportunity to go back in history to the times of the kingdom of David,” Professor Garfinkel told TPS. The biblical account of the battle between David and Goliath tells of it occurring near the Valley of Elah, when the Israelites were facing the Philistines. For 40 days, twice daily, Goliath, the Philistines’ champion, challenges the Israelites to send out their own champion to decide the outcome with a single combat. No one comes forward until David accepts the challenge, taking only his staff, sling and five stones. David defeats Goliath with just one stone from his sling, and the Philistines flee. The exhibition, “In the Valley of David and Goliath”, at the Bible Lands Museum will include the pottery shards in addition to a clay model of a shrine discovered at the site and the huge stones used to build the wall enclosing the town. ]]>