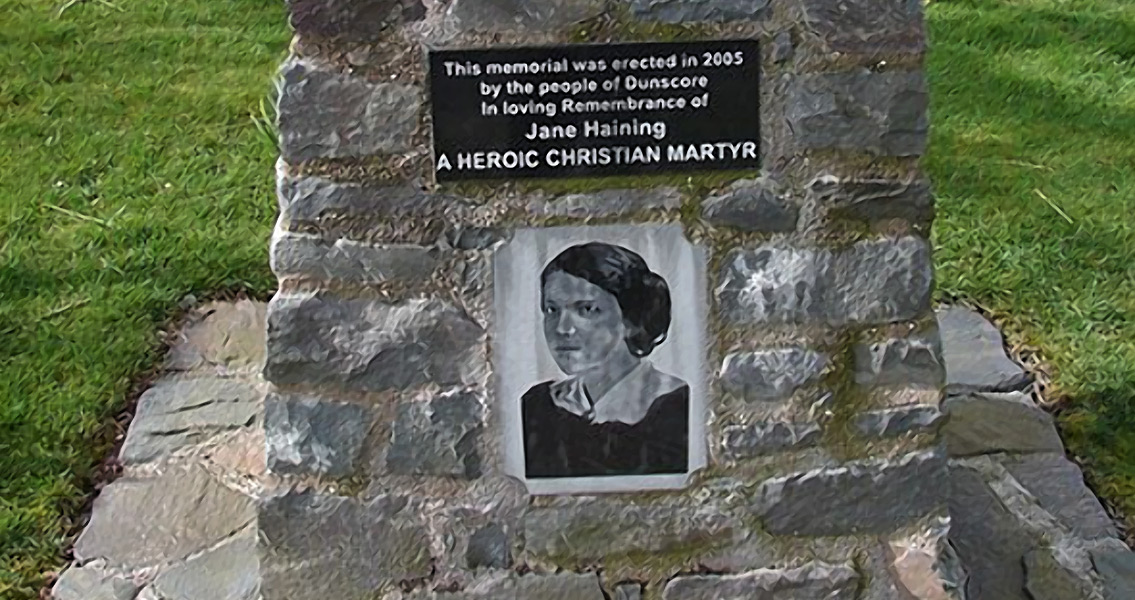 Huffington Post. Haining was born in 1897 and moved to Budapest to take a position as matron of the Jewish Mission School, where 315 pupils, 48 of them boarders and a number of them orphans, were educated. As the Nazis moved across Europe, her situation became increasingly dangerous, resulting in her superiors ordering her to return to Scotland on three separate occasions. Haining, however, refused to leave “her” girls behind. Rev. Ian Alexander, the Secretary of the Church of Scotland World Mission Council, explained to the Huffington Post: “Scottish missionaries were advised to return home from Europe during the dark days of the Second World War but Jane declined and wrote ‘if these children need me in days of sunshine, how much more do they need me in days of darkness’.” For four years Haining was able to keep the children in her care safe, despite constant Nazi surveillance. She was ultimately betrayed by the son-in-law of the school’s cook, after she caught him eating the scarce amount of food intended for the girls. Charged with the following eight offenses: working alongside the Jews, weeping at the sight of the girls wearing yellow stars in class, firing her housekeeper, listening to BBC news broadcasts, receiving a large number of British visitors, being politically active, visiting British war prisoners, and sending war parcels to British prisoners; Haining was imprisoned and ultimately sent to Auschwitz, along with several of her wards, where she later died. Her will, which was dated July, 1942, includes instructions pertaining to the distribution of her belongings and money, and many of the photographs feature her young wards. She is believed to be one of ten Scottish people to have been killed in the Nazi death camps. Haining was named in Jerusalem’s Yad Vashem as one of the Righteous Among the Nations. The items will be housed at the Church of Scotland, in Edinburgh. ]]>