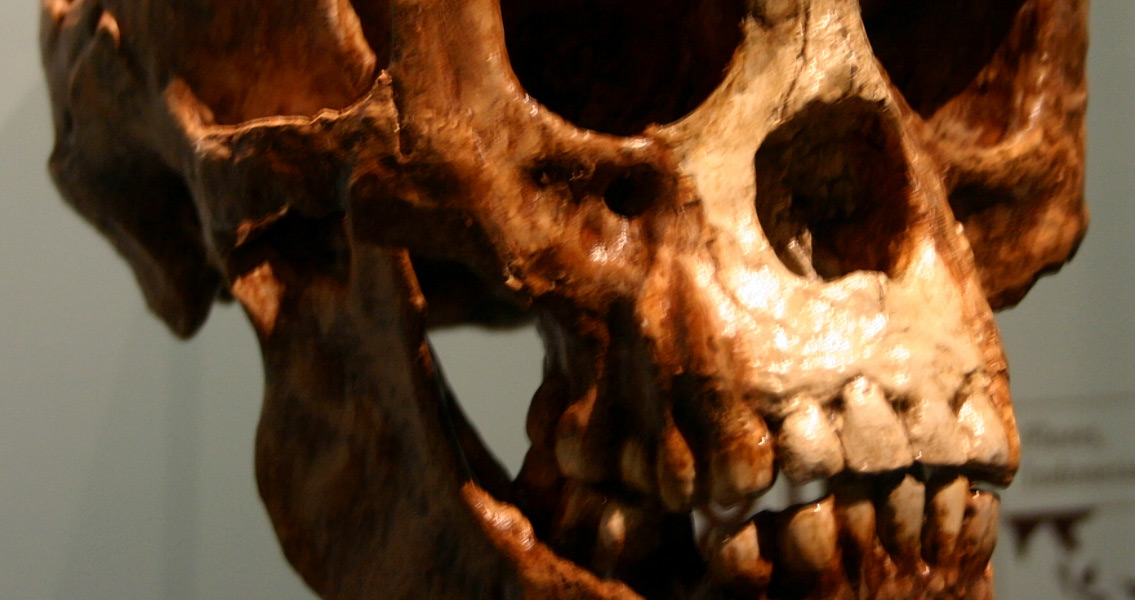 Homo floresiensis – the “hobbit” species – was discovered, have been carbon dated to approximately 46,000 years ago. Because the upper premolar and lower molar are somewhat younger than any of the known hobbit remains, this new information seems to support the theory that humans were involved in the demise of H. floresiensis. Discovered at Liang Bua in 2003, the remains of H. floresiensis, widely believed to be in the genus Homo, suggest they would have been around 3.5 feet (1.1 m) tall. Nine partial skeletons from nine individuals, including a single complete skull, have been discovered. Recent re-dating efforts in the cave moved the hobbits’ extinction back to approximately 50,000 years ago, when early humans were known to already be living in South-East Asia, according to the study co-authored by geochronologist Richard Roberts and archeologist Thomas Sutikna, both with the University of Wollongong, Australia. “It’s a smoking gun for modern human interaction, but we haven’t yet found the bullet,” Roberts told Nature, which published the research. Although the team is confident the teeth are from H. sapiens, partly because they’re larger than those of H. floresiensis; a paleoanthropologist from University College London, María Martinón-Torres, believes that the premolar appears slightly more primitive. To conclusively prove the teeth are human, she believes they should be compared to a wide range of H. sapiens and H. erectus remains. There is other evidence which puts humans on Flores Island immediately after H. floresiensis disappeared, supporting the possibility that humans contributed to the hobbits’ extinction by out-competing them for limited resources on the island. Animals which may have been a food source for early human hunter–gatherers, including giant storks (Leptoptilos robustus), miniature elephants; known as stegodons (Stegodon florensis insularis), and vultures (Trigonoceps), all vanish from the sediment layers in the cave after approximately 46,000 years ago. During this same time period, freshwater mollusk shells start to show up. These shellfish are commonly found at other early human sites across Africa and Eurasia. Stone tools constructed using chert, a material which is also regularly seen at other early human sites, and evidence of fire hearths are further examples of findings more recent than the Liang Bua hobbit remains. “What we don’t yet know is whether there was at least a short overlap in the populations, thus raising the question once again of the possible role of modern humans in the extinction of floresiensis”, paleoanthropologist Chris Stringer with the Natural History Museum in London told Nature, adding that if humans and hobbits had overlapped, interbreeding is also a possibility. Meanwhile, the research team intends to return to Liang Bua in order to explore cave deposits from 46,000 to 50,000 years old. The discovery of the teeth was revealed at the European Society for the study of Human Evolution in Madrid’s annual meeting. ]]>