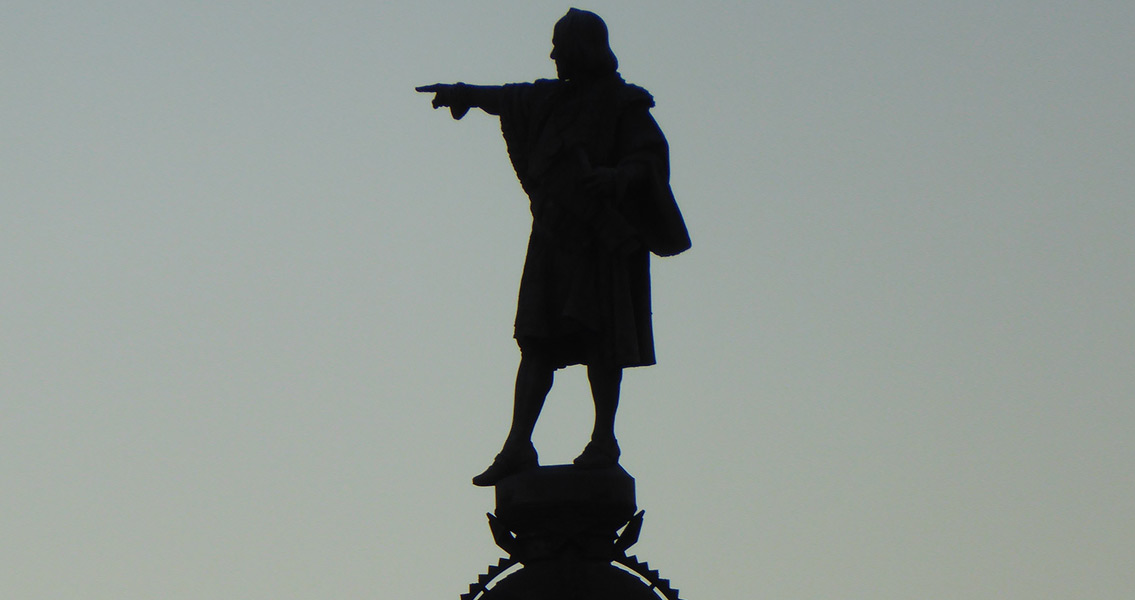 Campaign To Tear Down Statue of Christopher Columbus

set sail from Spain in August 1492, embarking on a journey that would change the world forever. The mysterious explorer – little is known about his life prior to the expedition with some even questioning whether he was truly a Genoan as official accounts claim – set out hoping to find a new passage to the Far East. He ended up becoming the first European to set foot in the Americas since the Age of the Vikings. Following his discovery of the Bahamas, Columbus continued his explorations with subsequent voyages, opening up much of the Caribbean, South America and eventually North America to European exploitation. The consequences for the indigenous populations proved devastating. European colonialism was catastrophic for the original inhabitants of the Americas, entire groups and tribes wiped out either by European aggression or the spread of new diseases to the continent. Columbus signaled the start of the Age of Exploration; opening up two new continents to Europeans his discovery was pivotal to shaping the world we live in today. At the same time, he also cleared the path for the devastating consequences of imperialism. Columbus himself oversaw the enslavement of the indigenous population of Hispaniola (the island that is now the Dominican Republic and Haiti), in response to an attack on the European settlers there. The indigenous tribes were forced to search for gold and help build a colony for the European settlers, despite Queen Isabella herself being against slavery. It’s a fact that shows beyond merely opening the way to the Americas for others to exploit, Columbus was actually at the forefront of the evils of European imperialism. It is this questionable legacy that has led to CUP Capgirem’s call for the statue’s destruction. But their mission doesn’t stop there. 12th October is a national holiday in Spain, celebrating the anniversary of Columbus making landfall in the Americas, but they think it should just be a normal working day. According to a CUP Capgirem press release, the 12th October marks: “the genocide of the indigenous American population by colonist-conquistadors, and an act of aggressive Spanish nationalism against all the peoples that it oppresses and has oppressed.” CUP Capgirem’s campaign marks a growing sentiment, particularly among the Spanish left, to challenge the monuments to Spain’s imperial past. Just last year, Barcelona’s mayor, Ada Colau, said the country should not be marking a “genocide” (12th October) with a military parade. This aggressive confrontation of Europe’s imperial past is not limited to Spain. Earlier this year, a protest movement began in Oxford, UK, calling for the destruction of a statue of Cecil Rhodes at Oxford University’s Oriel college. Rhodes, a businessman and politician at the heart of the annexation of huge swathes of land in South Africa in the late nineteenth century, was called “the Hitler of South Africa” by a protester earlier this year. ]]>