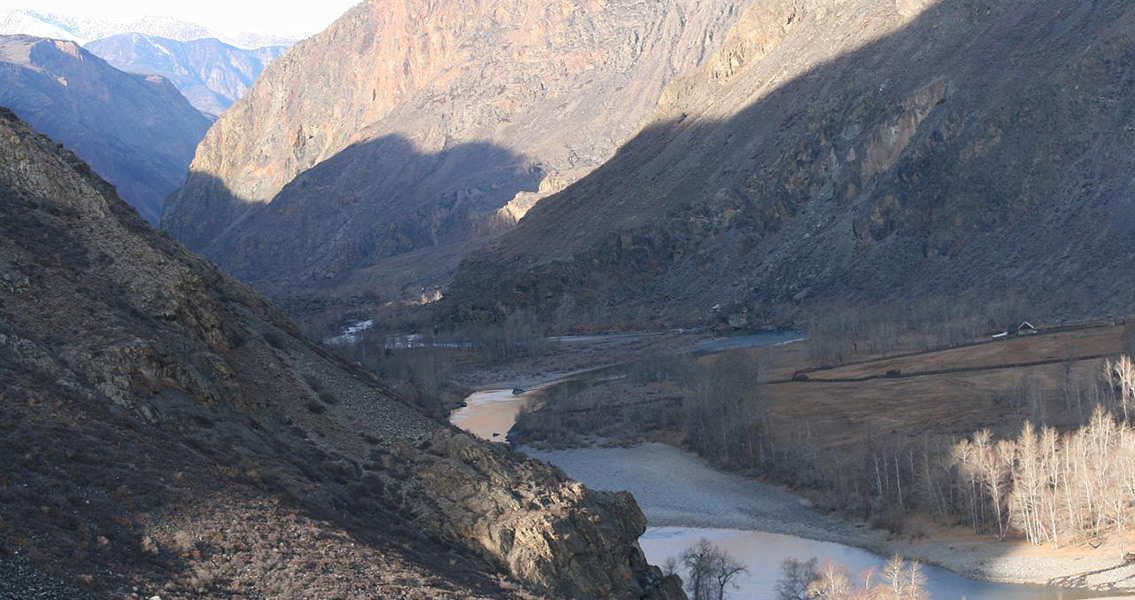 Siberian Times: “Burials without heads are quite common. Usually it is because of war. There was a widespread practice in which bowls were made of the heads of defeated enemies.” As he describes it, eating from the enemy’s skull was the ultimate victory celebration. “But this is obviously a different case,” he added. In other burials, the heads were not placed in the same grave as the body. Also unusual, if these were the remains of enemies, was the care taken to ensure the deceased received the rituals associated with an honored death, such as being well dressed. When burying their own, as opposed to war enemies, the Pazyryks typically took great care to not distort the bodies of the diseased. Additionally, tombs containing headless children have never been seen before now. The archeologists have considered whether grave-robbers, in the act of stealing the ornaments buried with the bodies, might have severed the heads on purpose and then placed them by the knees for some unknown reason. However, the skeletons had not been disturbed, as one would expect after such an act. The discovery has resulted in more questions than answers, Dr. Konstantinov admitted in the Siberian Times, adding, “We have no similar cases, so we need to investigate this one very thoroughly. We will continue the research of these skeletons. We need to determine their gender and (approximate) age. It is also important to study the traces on their cervical vertebrae to understand how and when the heads were cut off or separated in some other way. We hope to get the first results in December or January.” Photos of the burial can be found here: siberiantimes.com ]]>