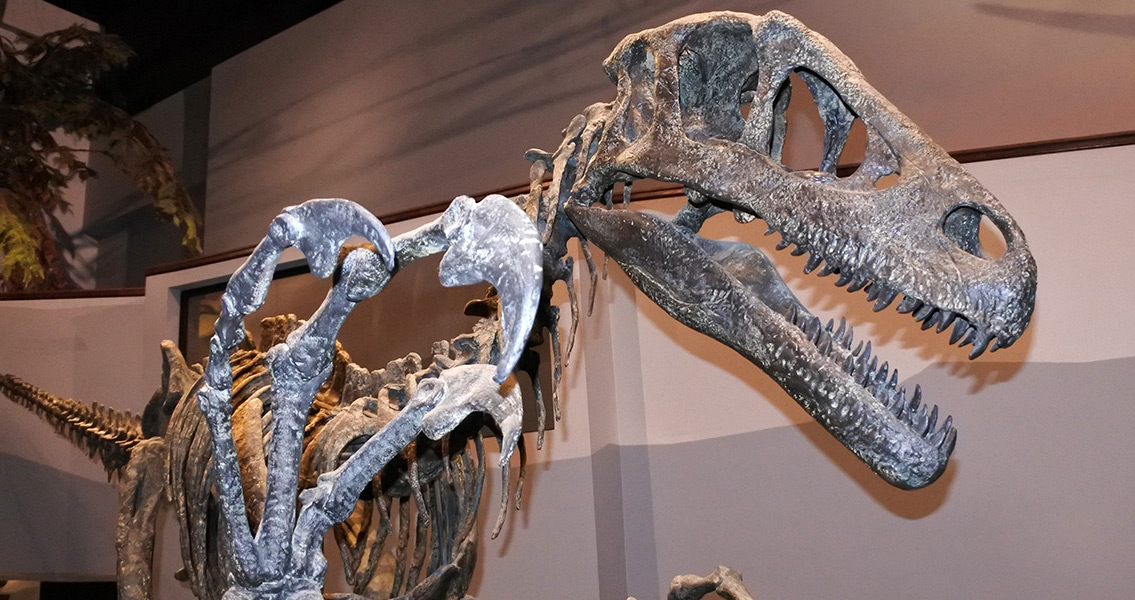 Quicksand – Bane of the Dinosaurs?

Washington Post, Jim Kirkland, a paleontologist for the state of Utah, remarked that the initial thought was that he and his team had stumbled across a small body of water where animals might have frequently drowned or fought, but this didn’t fit the bill because of how the fossilized remains were found – encased in a type of sandstone that differed from the surrounding geology. In an attempt to understand the strange find, Kirkland allied with Edward Simpson, a paleontologist from Kutztown University in Pennsylvania, to determine what might have happened to these Utahraptors. The answer, it seems, is deceptively simple: quicksand. Quicksand, Kirkland explained, does not operate under the same rules that Hollywood productions throughout history have assumed. A mix of sand and water, quicksand appears solid until something (like a heavy dinosaur) steps on it. At this point the quicksand becomes more liquid temporarily as the extra weight disturbs the equilibrium of the mix of water and sand, turning the area into a soupy mix. However, once the water and sand are given time to separate again the mixture solidifies, trapping whatever may have stepped within. Kirkland, Simpson, and several colleagues were able to reconstruct the events that led to the entrapment and death of at least nine Utahraptors in eastern Utah more than 100 million years ago, by studying how quicksand traps behaved near Lake Powell, a man-made reservoir that straddles the Utah-Arizona border. However, the key was in the discovery of a second dinosaur species within the sandstone block alongside the Utahraptors. The remains of iguanadonts, beaked plant-eating dinosaurs, were also found within the fossilized quicksand, researchers revealed. The iguanadonts that became trapped within the quicksand likely died there, attracting predators and scavengers such as the Utahraptors to the location as well. Each of these carnivorous dinosaurs would have become trapped, but it’s unclear if the group arrived one at a time or all at once. Researchers hope to continue studying the giant rock slab in the future in order to reveal that piece of the puzzle; for now though, work has been halted temporarily in anticipation of a crowdfunding campaign to raise sufficient funds to ensure fossil preservation and to enlist the aid of noted paleontologist Scott Madsen. Regardless, the revelation that this series of Utahraptors died in rapid succession due to quicksand is groundbreaking, according to Kirkland. The paleontologist remarked that the accompanying research paper is the first of its kind to publish findings revealing a quicksand-related predator death trap. The paper revealing the findings are available from the journal PALAIOS here ]]>