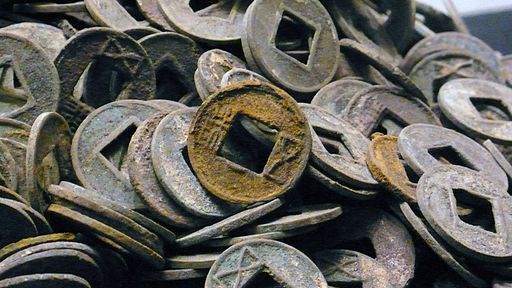 ChinaDaily, Department of Culture head for Jiangji Province Chi Hong remarked that the finds will be put on display after conservation efforts have been completed, and that archaeological researchers are hard at work removing the accumulated detritus left behind by two millennia of entombment. Liu He, the individual interred within the tomb, was found buried with several jade artifacts. Sharing the coffin with the remains were an oversized jade pillow, which Liu He was laid to rest on, as well as a sword and pendant made from the same material. Other artifacts made from jade include a seal inscribed with the man’s name laid across his waist. A gilded glass mat lies beneath Liu He, itself lying upon a pile of 100 pieces of gold cakes. The amount of gold pulled from Haihunhou tomb has already broken all Chinese archeological records. 478 individual artifacts have been discovered so far throughout the tomb. Other treasures, such as jade-inlaid bronze plaques, gilded bronze boxes and beads of agate were also found within several lacquered wooden boxes within the coffin identified through X-ray imaging techniques. Ancient Chinese literary works, such as ‘The Medical Book’, ‘The Book of Rites’, ‘The Book of Changes’, and ‘The Analects of Confucious’ were also found within the tomb, all of which were written on more than 5,000 individual slips of bamboo. These slips have been subjected to infrared scanning in order to clarify the writing, long since faded to near-illegibility, and work continues to further scan, clean and solidify these texts, to be completed by the end of the year. Additional research on these bamboo texts will begin in 2017, according to Chi Hong. Liu He, who lived from 92 BCE to 59 BCE, was given the title of Marquis Haihun after his dethronement. The Western Han monarch’s reign only lasted for 27 days, the shortest of its kind. Records dating from the time period say he was deposed because his lifestyle was considered exceedingly inappropriate for the time, as he neglected to comply with many of the Han Dynasty’s cultural taboos prohibiting certain actions during the mourning period for the recently deceased Emperor Zhao, Liu’s uncle. A total of 1127 misconducts were recorded by the Dynasty and used as justification for his dethronement. ]]>