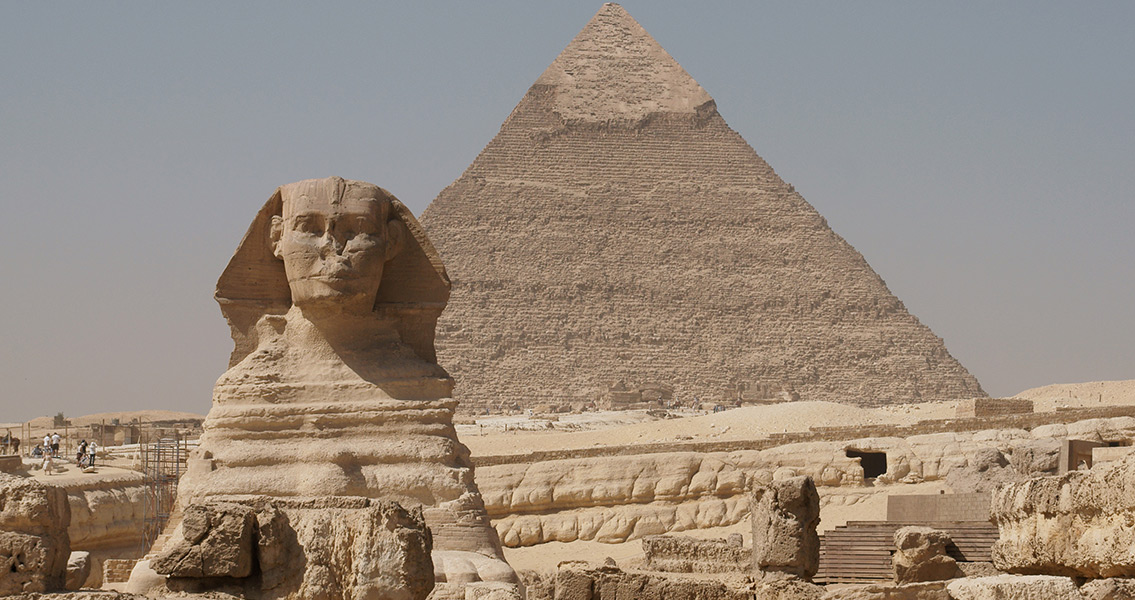 Secrets of the Pyramids Being Revealed by Cosmic Particles

ScanPyramids project was launched in October 2015, with the aim of mapping some of the largest pyramids in Egypt. As well as studying the great pyramid of Khufu, the project is exploring the pyramid of Khafre on the Giza plateau, and two pyramids on the site of Dahshur known as Bent and Red. On 13th October, Dr Khaled El-Enany, Egypt’s minister of antiquities, met with the archaeological committee overseeing the project to review the findings of the first year of the mission. So far, the project has focused on only two pyramids: Khufu and Bent. Khufu in particular has yielded some interesting findings. Two anomalies in the great pyramid’s structure have been detected, one at the upper part of the entrance gate and another at its north eastern side, which could be evidence of secret cavities beneath the pyramid’s surface or potential clues into the pyramids’ construction. Further research has now started in order to work out the nature of the anomalies, as well as glean more information about their functions, nature and size. The goal of the ScanPyramids project is “to probe the heart of the largest pyramids in Egypt, without drilling the slightest opening”. The key to the non-invasive project is a host of cutting edge techniques. Radiographic muons (aka cosmic particles), infrared thermography and photogrammetry are being used to scan the pyramids and then create detailed 3D reconstructions. Muons are much more deeply penetrating than X-rays, meaning they can be used to see through much thicker material than the likes of computed tomography (CT Scanning). Although the ScanPyramids project isn’t the first time muons have been used to study pyramids the combination of innovative techniques aims to offer ground breaking insights into their construction, detecting hitherto unknown structures. All of the pyramids at the centre of the study date to the Fourth Dynasty of Ancient Egypt. The Bent and the Red pyramid, both located on the site of Dahshur about fifteen kilometres south of Saqqara, were built during the reign of Snefru, between 2575 BCE and 2551 BCE. The pyramids of Khufu and Khafre are situated on the Giza plateau about twenty kilometres from Cairo. They were built during the reigns of Snefru’s son and grandson respectively. Over four millennia old, the four ancient pyramids remain a mystery to scientists, engineers and archaeologists alike. Khufu, the last of the Seven Wonders of the Ancient World still standing, is a particular source of awe and bewilderment. With an original height of 150 metres, base of five hectares and mass of over 5 million tons, Khufu is the largest stone monument ever built by humans; yet no one can say with any certainty how the Ancient Egyptians managed to complete such a feat in just 25 years. The pyramids’ internal structures are another source of mystery. Plans and previous excavations of various pyramids have revealed a host of inexplicable anomalies that could be signs of hidden chambers. By measuring the density of walls and precisely mapping out the layouts of the pyramids, the ScanPyramids project hopes to solve these enduring mysteries that have baffled Egyptologists for centuries.]]>