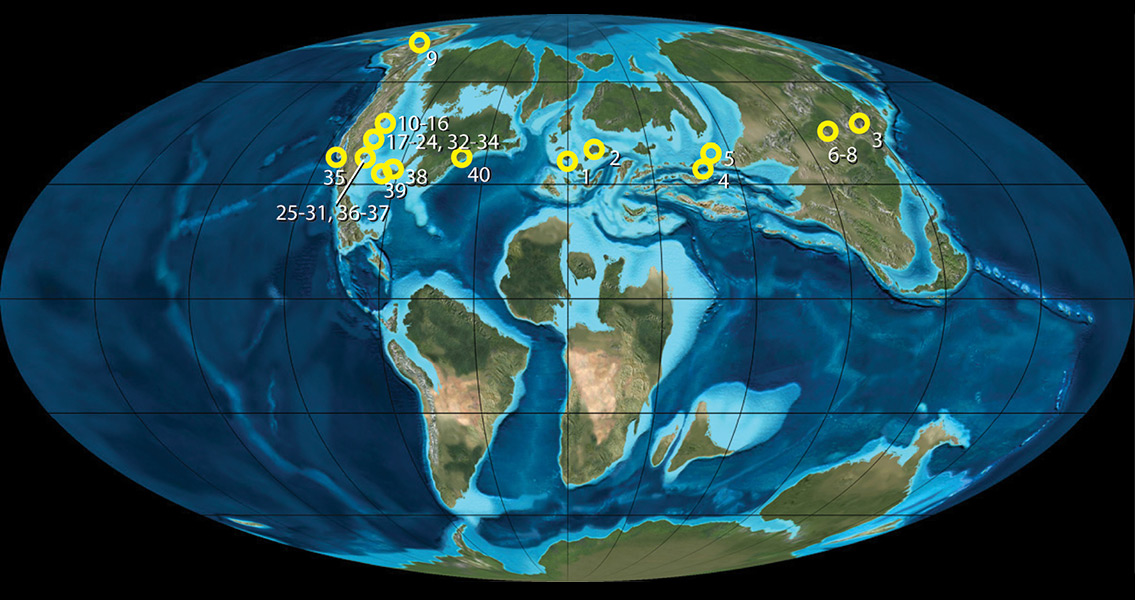 D. vorax, with its incredibly powerful bite and sharp, bone-crushing teeth, put a new spin on the theory that marsupials originated in South America, instead suggesting the origin point was both much further north – and about 10 to 20 million years earlier – than previously thought. Gregory Wilson, vertebrate paleontology adjunct curator from Seattle’s Burke Museum and lead researcher on the study, remarked that D. vorax absolutely “crushes the mold” when it comes to what scientists expect from mammals of the time period. With most other mammals from the era about the size of a shrew, D. vorax would have been a “fearsome predator” Wilson stated – one whose prey included some of the smaller dinosaur species. Discovered in the Hell Creek Formation, D. vorax fossil specimens were found in rock dating to between 59 million and 66 million years in the past. This isn’t the first instance of evidence pointing to creatures of this kind in North America though; based on previous finds, which were primarily fragmented teeth or jawbones, scientists have established something close to 60 different species of marsupial-like animals classified as metatherians from the entire Cretaceous. However, these new findings are radically different as they entail a partial snout and upper jawbone, and a nearly complete skull. These D. vorax parts have never been seen before now and have revealed that the creature is the largest metatherian known to have lived during the Cretaceous. While perhaps not large by the standards of the gargantuan dinosaurs roaming the Earth at that point, D. vorax would have weighed anywhere from just over 5 pounds to as much as 11-and-a-half pounds, the scientists have concluded. Even more interesting is the possible bite force the creature had, based on computed tomography (CT) scans of the fossilized remains. After determining where the jaw muscles would have been attached to the creature’s skull, and then comparing these muscles with modern animal analogues whose bite forces are already recorded, the researchers revealed that D. vorax would have had the strongest mammal bite strength ever. Most similar to modern hyenas and felines, the metatherian’s bite was strong enough to bite through bone. D. vorax could have easily bitten through hard shells of marine crustaceans and even small-sized dinosaurs. Wear patterns on the creature’s teeth bear out these hypotheses, scientists remarked. The new research study, published in the journal Nature Communications, can be found online here]]>