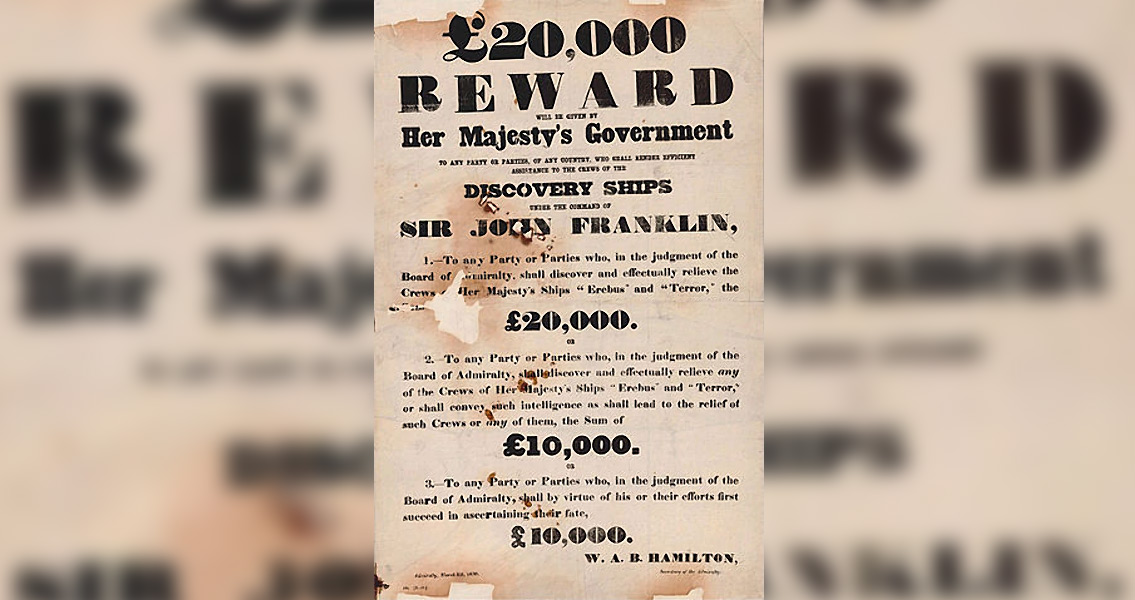 HMS Terror and HMS Erebus, led by explorer and Royal Navy officer John Franklin, left Britain to search for the last section of the Northwest Passage. When both ships became icebound, all 129 men were lost, but exactly how and why they perished has been an enduring mystery. In a new study, researchers chemically mapped the fingernail and toenail of one of the dead men and found new evidence regarding Franklin and his crew’s tragic fate. A number of researchers have theorized that lead poisoning – caused by the metal leaching from the food tins or water pipes found on the ships – had caused the men’s death. Lead exposure can bring on symptoms which include neurological problems, that could have easily doomed the explorers. But now, this latest evidence shows one of the few bodies ever found had a zinc deficiency, suggesting that it was this deficiency, not lead poisoning, that led to his death. “There’s increasing evidence that lead was not the issue,” Jennie Christensen with TrichAnalytics in North Saanich, Canada, says in an article published in Nature. Christensen and her team measured the levels of zinc, copper, and lead at different locations along at thumbnail and toenail from John Hartnell, a crew member who, along with two others, died and was buried on Beechey Island where the expedition overwintered in 1845 and 1846. After studying the accumulated growth of Hartnell’s finger and toe nails, the team was able to identify week-by-week changes as they occurred in his body. “You can actually see what the levels of lead were with John Hartnell, over the period of time he was present on the expedition. That is a pretty unique insight,” Keith Millar, with the University of Glasgow, says in Nature. Christensen’s team utilized a synchrotron particle accelerator located in Saskatoon, called the Canadian Light Source, along with other instruments to construct a picture of the metals inside of Hartnell over a period of time. They discovered the crewman suffered from a serious zinc deficiency, which would have affected his immune system, leaving him considerably more vulnerable to pneumonia and tuberculosis – the very diseases that are believed to have killed him. Hartnell had high lead levels only within his last few weeks of life, when his body, dying at this time, would have released the lead stored in his bones into his blood and ultimately his nails. “The lead theory is pretty much dismantled by this point,” Ron Martin, from the Western University in London, Canada, tells Nature. In 2013, Martin analyzed the bone fragments of several crewmembers (including Hartnell) and reached the conclusion that there was no spike of lead exposure during the expedition, but rather, the men had been exposed to lead consistently throughout the course of their lives. No samples from any of the other members of the expedition are available, so the research can’t be applied beyond Hartnell’s death. However, a zinc deficiency may help to explain why other expeditions to the Arctic suffered poor health. The findings have been published in the Journal of Archaeological Science. ]]>