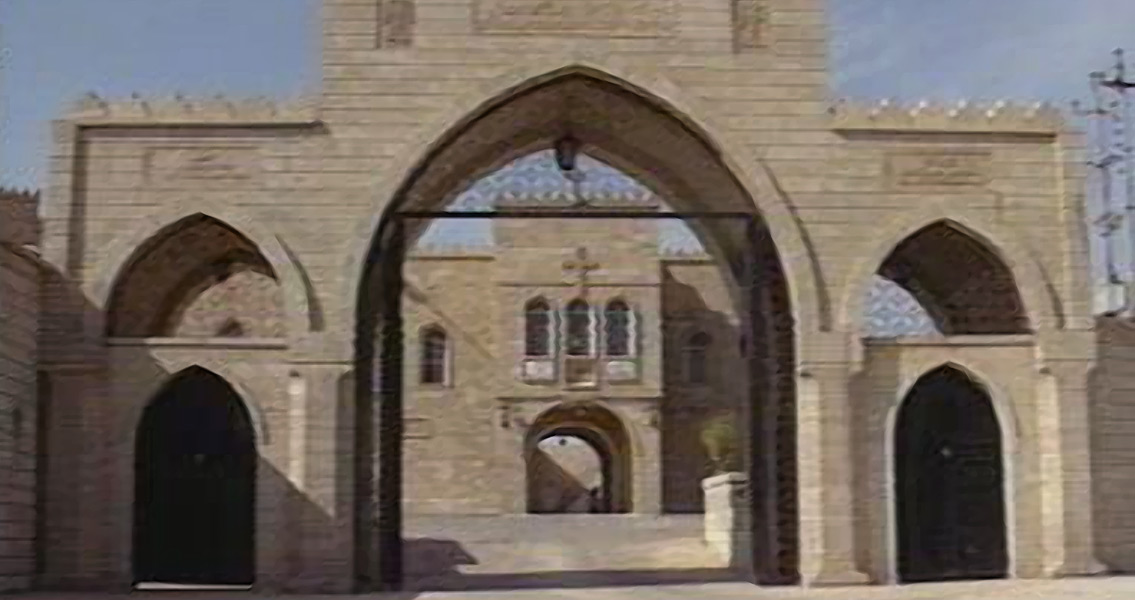 Live Science: “Each one contains lengthy colophons [notes] written by the scribes, telling historical and social, and religious events of their times — a fact that makes them precious sources.” Mar Behnam monastery was the home of numerous ancient texts, pieces of artwork and carved inscriptions that dated back centuries. It was occupied by ISIS beginning in June, 2014, until it was recaptured by the Iraqi government in November, 2016. Photographs and a news report published shortly after the monastery’s recapture show that ISIS militants had destroyed several of the monastery’s buildings, burnt any texts they found, defaced and destroyed artwork and inscriptions, and left graffiti on all of the remaining structures. The Monastery of the Martyrs Mar Behnam and Marth Sarah is a Syriac Catholic monastery in northern Iraq. It was built in the twelfth century by Senchareb, an Assyrian king, as penance for the murder of his son Behnam and daughter Sarah following their conversion to Christianity. Sculptures of the church indicate that renovations were completed in 1164 and again between 1250-1261. The monks abandoned the monastery, for unknown reasons, in 1819. It’s been under the care of the Syriac Catholic Church since 1839, although at some point in its history it was part of the Church of the East for ten centuries or more, as shown by the rare Turkic inscriptions left behind by Mongol pilgrims during the thirteenth century. The monastery was renovated again in 1986, and was visited by thousands of Muslims and Christians every year until ISIS took control of the region. A young priest hid the texts at Mar Behnam just 40 days before ISIS arrived. They were put in large metal cans and placed in a storage room enclosed behind the newly constructed wall. The priest, who was forced out of the monastery, kept the undertaking a secret until he felt the region was secure. The texts remained behind the wall for more than two years. It’s been reported that ISIS used the same building as a base for its morality police. What happens to the texts now is unclear and Harrak wonders if they should be taken out of Iraq, at least in the short term, for safekeeping. “What is the future of these manuscripts? Iraq is a restless country,” Harrak told Live Science. “Should they take them to Europe, for example, or the Vatican Library or somewhere more secure?” ]]>