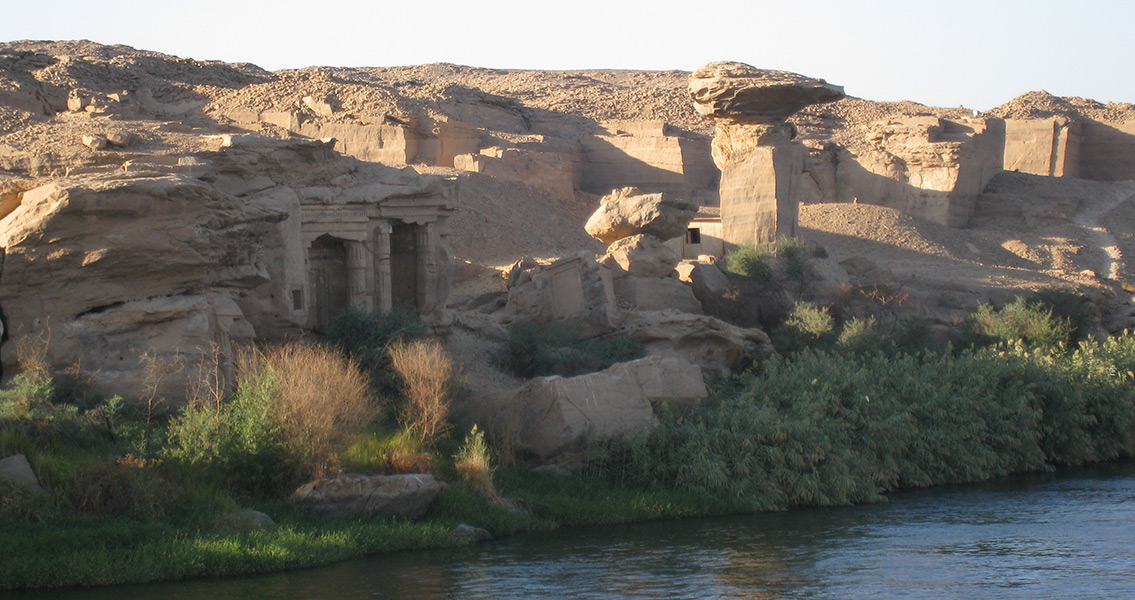 Haaretz, new finds at the Gebel el Silsila necropolis in the form of lavish grave goods show that the individuals buried within were not slaves or menial workers as was first thought. In fact, grave offerings such as crocodiles and cats indicate these individuals, who were likely miners that helped quarry sandstone for construction during the early Eighteenth Dynasty, might have worked hard but were held in high regard. A Swedish archaeology expedition, spearheaded by John Ward and Maria Nilsson, excavated and studied a dozen new tombs, a trio of crypts, and an additional crypt with multiple animal burials, all dating to circa 1543 BCE to 1292 BCE. The discovery of previously-untouched tombs at Silsila – which would have been called Kheny during the Eighteenth Dynasty – has yielded in excess of 55 tombs. Each of these tombs has between 10 to 15 burials, but the majority of these burials have been long-since looted – though the new discoveries show little signs of ancient plundering. The remains of more than 80 people have been recovered so far, according to Nilsson, who said that there were not just men but women and children interred in these tombs. Based on telltale signs of wear on a portion of the skeletal remains, the researcher feels that it’s a good guess that these individuals would have been quarrymen and perhaps their families. Many of these individuals were buried with grave goods in the form of personal belongings. Some were laid to rest with amulets designed to provide protection for the soul’s journey to the world beyond. Such burial goods were expensive, clearly showing these individuals were of a higher social status than conscripted workers or simple slaves, according to Nilsson. More signs indicating the relative wealth and affluence of these ancient Egyptians can be found in the beautiful craftsmanship of the rest of the jewelry that was buried with them. Pendants, scarabs, amulets and earrings found in the tombs show high levels of expertise, indicating that those who worked ancient Egypt’s quarries might have been regarded with high levels of deference – though the researcher was quick to say that there would have to be further study and analysis before this could be concluded categorically. The site is also noteworthy for the high number of animal burials, many of which show signs of being sacrificed prior to being interred. In one instance, a single crypt contained approximately a dozen goats and sheep that look as if they were purposely sacrificed, judging by visible head trauma. Additional remains, which include a pair of crocodiles, a cat and a pair of Nile perch were also included in these animal burials. One of the crocodiles was found outside a tomb, which may indicate that it had expired there after one of the Nile’s many floods. Again, more analysis will be necessary to make final determinations. ]]>