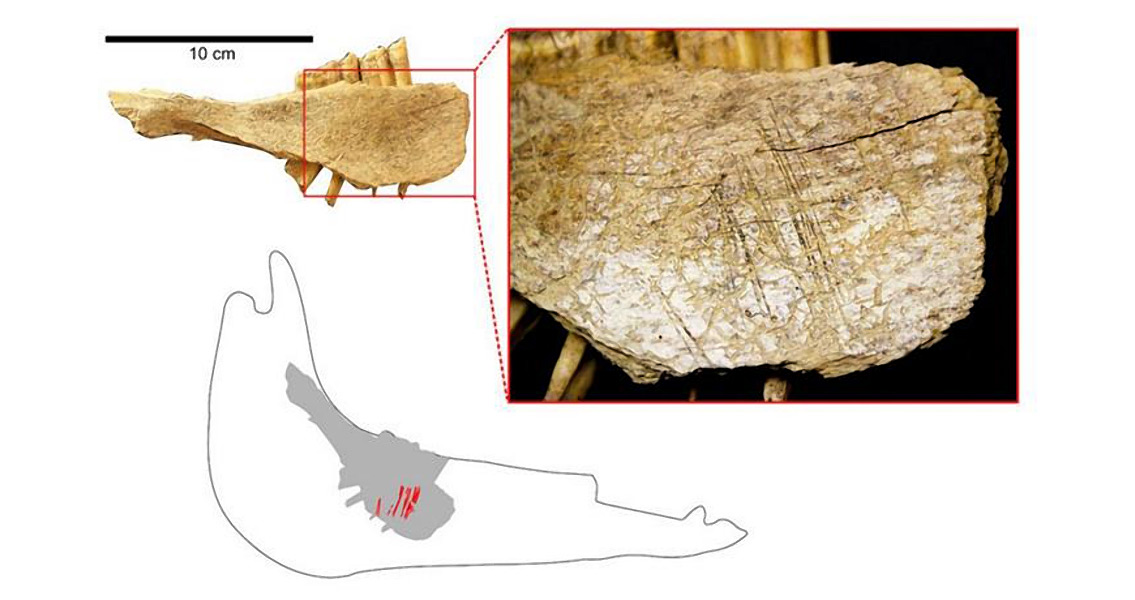 PLOS ONE. Until now, the earliest settlement date for North America was estimated at 14,000 years Before Present (BP), based on the earliest reliably dated archaeological sites. The new study has moved that date back to 24,000 years BP, to a period that coincides with the height of the last ice age. The groundbreaking research was carried out by Ariane Burke, a professor in Université de Montréal’s Department of Anthropology, and her doctoral student Lauriane Bourgeon, with the contribution of Dr. Thomas Higham, Deputy Director of Oxford University’s Radiocarbon Accelerator Unit. A controversial site first excavated forty years ago is at the heart of the latest study. The Bluefish Caves, located on the banks of the Bluefish river in northern Yukon near the Alaskan border, were first studied by archaeologist Jacques Cinq-Mars over a ten year period beginning in 1977. Radiocarbon dating of animal bones discovered at the site led the researcher to hypothesize that human settlement in the surrounding region dated back to 30,000 BP. For thirty years Cinq-Mars’ conclusions have remained controversial in the scientific community, primarily due to the lack of other sites of a similar age. In addition, there was no clear evidence that the horse, mammoth, bison and caribou bones found in the Bluefish Caves were the result of human activity there. Bourgeon set out to answer once and for all whether Cing-Mars’ hypothesis was correct. Over the course of two years she examined 36,000 bone fragments taken from the Bluefish Caves and preserved in the Canadian Museum of History in Gatineau. Fifteen bones showed ‘undeniable’ traces of human activity, according to a University of Montreal press release. Another twenty fragments showed probable traces of human activity. “Series of straight, V-shaped lines on the surface of the bones were made by stone tools used to skin animals,” said Burke. “These are indisputable cut-marks created by humans.” The bones were then submitted for radiocarbon dating. The oldest fragment, a horse mandible showing marks likely caused by the tongue being removed by a stone tool, was dated to between 23,000 and 24,000 years BP. “Our discovery confirms previous analyses and demonstrates that this is the earliest known site of human settlement in Canada,” explained Burke in the press release. “It shows that Eastern Beringia was inhabited during the last ice age.” The results support findings made in studies of population genetics that a group of a few thousand individuals lived in isolation in Beringia between 15,000 and 24,000 years ago. “Our discovery confirms the ‘Beringian standstill [or genetic isolation] hypothesis,'” said Burke, “Genetic isolation would have corresponded to geographical isolation. During the Last Glacial Maximum, Beringia was isolated from the rest of North America by glaciers and steppes too inhospitable for human occupation to the West. It was potentially a place of refuge.” It seems, therefore, that the ancient humans inhabiting the Bluefish Caves were among those who, at the end of the last ice age, migrated south and went on to colonise the entire North American continent, along the coast and down to South America. Image courtesy of Université de Montréal ]]>