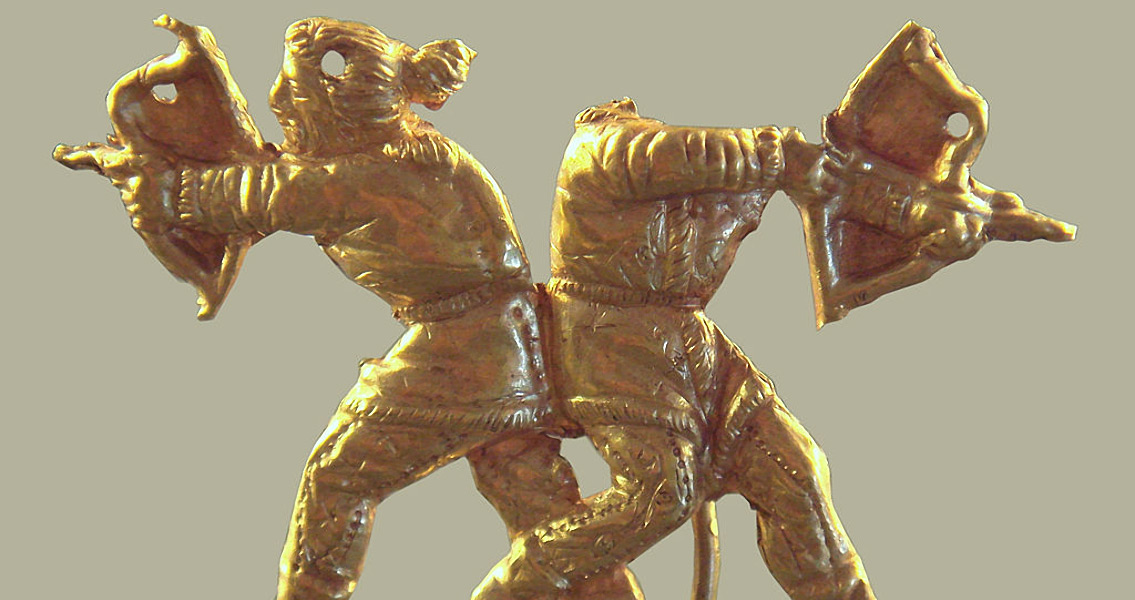 According to a university press release, anthropologists conducted comparative analysis of non-metric cranial trait frequencies in the remains of Scythians found in the northern Black Sea region. These non-metric traits were then compared to those gathered from Central Asian and Eastern European remains dating to the Bronze Age to look for commonalities. These so-called “cranial series” are groups of skulls found from either one burial or several burials spaced closely together, and from either one archaeological culture or one ethnic group. Non-metric, varying cranial traits can reflect minor anatomical variations in the human skull. These variations take the form of irregular skull sutures and processes or additional and irregular holes, and are consistent among those with similar genetics. When compared to data gathered from molecular genetic markers, these non-metric cranial traits tell a similar tale in determining the genetic distances between populations. Many researchers have begun to use these cranial trait comparisons as an alternative to direct DNA research, which can be much more expensive and not necessarily always appropriate. There are two major hypotheses regarding the origin of the Scythians. One claims the Scythians came from Central Asia as invaders, resulting in local Indo-European populations being assimilated by them. The other claims that the ancient people were descended from the “Timber-Grave culture” of the Srubnaya people who lived between the Dneiper and Ural Mountains during the Late Bronze Age. According to lead author Alla Movesyan, the results of the study provide evidence for both of these theories. In other words, both hypotheses are partly correct: the Scythian gene pool was formed from descendants of the Srubnaya from the Late Bronze Age, but these descendants migrated from Central Asia and mingled with the Indo-Europeans living in the northern Black Sea region. This revelation could be a blow to Eurasian mythmakers who have enjoyed claiming the Scythians were predecessors of the Slavs. While there was undoubtedly some genetic intermingling thanks to geographic proximity, Movsesyan claims that the idea of Slavs being direct descendants of the Scythians is simply no longer supported by any scientific data. The new research study, published in The American Journal of Physical Anthropology, can be found here]]>