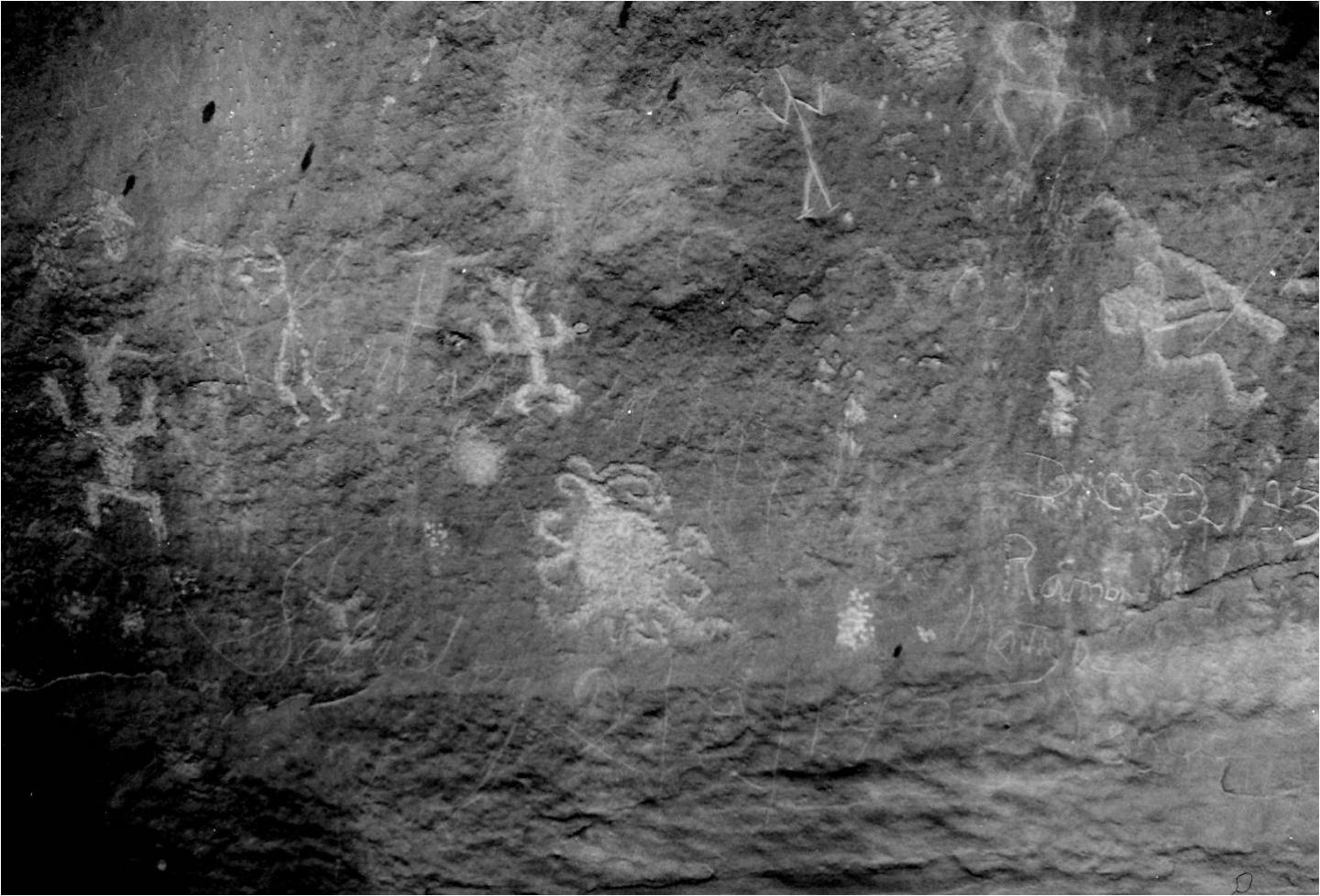 History News of the Week – Does an Ancient Petroglyph Depict a Total Eclipse?

Chaco Canyon Petroglyph Could Depict Total Eclipse A petroglyph carved into a rock face by the ancient Pueblo people could depict an ancient eclipse, according to a professor from the University of Colorado at Boulder. The carving depicts a circle that resembles the sun’s outer atmosphere known as the corona, with tangled protrusions looping off the edges. According to Professor Emeritus J. McKim Malville, the image, which was first unearthed in 1992, may illustrate the total eclipse of the sun that occurred over the region on 11th July 1097. “To me it looks like a circular feature with curved tangles and structures,” said Malville of CU Boulder’s astrophysical and planetary sciences department. “If one looks at a drawing by a German astronomer of the 1860 total solar eclipse during high solar activity, rays and loops similar to those depicted in the Chaco petroglyph are visible.” Malville and colleagues used several sources to assess the activity of the sun around the time of the eclipse, to confirm if the image corresponded to how the sun would have looked at the time. This included looking at tree rings, which can provide an insight into the number of cosmic rays hitting the earth’s surface, and records of naked eye observations of sunspots dating back thousands of years in China. “This possible eclipse petroglyph on Piedra del Sol is the only one we know of in Chaco Canyon,” Malville said. “I think it is quite possible that the Chacoan people may have congregated around Piedra del Sol at certain times of the year and were watching the sun move away from the summer solstice when the eclipse occurred.” The Battle of Lewisham 40 Years On 13th August marks the anniversary of the Battle of Lewisham, a violent clash between a far-right march and counter-protestors in the south London borough. The right wing National Front organised a national march through Lewisham in the southeast of London, calling members from across the country to take part in the protest which they claimed was directed at a rise in crime in the area. At the time, Martin Webster, an organiser for the National Front, told the press: “We believe that the multi-racial society is wrong, is evil and we want to destroy it.” Huge swathes of the local community opposed the march, with Lewisham Council and the Bishop of Southwark leading thousands of peaceful demonstrators in holding a counter march close to the site of the National Front’s. At the same time, another group of counter-demonstrators, comprised of anti-fascists and members of progressive and radical left groups, sought to take more direct action, determined to block the National Front march itself. Violence erupted on the streets of London as the demonstrators and counter-demonstrators met. National Front members clashed with the protesters who then clashed with police as running battles took place through the area. Ultimately, the National Front were forced to abandon their demonstration, and were escorted to trains by the police. In total, 111 people were injured, including 56 police officers, and 214 were arrested. The event was a humiliation for the National Front, revealing the massive, determined opposition to their beliefs, and tarnishing their tough image with well documented reports of police having to usher them to safety. At the same time, the event was significant in the history of policing in the UK. Tactics were used which had never been seen before in England, with baton charges and mounted police used to disperse crowds, and riot shields on display for the first time outside of Northern Ireland. On 13th August a plaque was unveiled in New Cross, close to the site of the clash, to commemorate the community’s stand against fascism and racism. Humans Arrived in Asia Thousands of Years Earlier than Thought Humans may have left Africa and arrived in Asia up to 20,000 years earlier than previously thought, according to new research published in the journal Nature. The same study, led by Macquarie University, also suggests that humans arrived in Australia significantly earlier than is generally accepted. Dating of a cave site in West Sumatra, named Lida Ajer, has provided the first evidence for human rainforest use. It is this that has led to the rethink on the history of human migration. “Rainforests aren’t the easiest place to make a living, especially for a savannah-adapted primate, so it suggests that these people were ahead of the curve in terms of intelligence, planning and technological adaptation,” said Dr. Gilbert Price, from the University of Queensland’s School of earth and environmental sciences. Dutch paleo-anthropologist Eugene Dubois, renowned for the discovery of ‘Java Man’, visited a series of caves in Sumatra in the late 1800s, discovering human teeth there. Price said he and his colleagues are building on Dubois’ work, finally determining the significance of those teeth. “Fast forward over 100 years later, both the team of lead author Dr Kira Westaway of Macquarie University and my crew (separately) were lucky enough to re-discover and visit the caves. “It was quite an adventure. We ended up sharing notes and the collaboration was born.” Through thorough analysis of the teeth and dating of the sediments in the caves, the team determined not only that the teeth belonged to anatomically modern humans, but that they date back to as far as 73,000 years ago. Southeast Asia was a key region in the human dispersal out of Africa and through to Australia. However, until now most archaeological evidence has shown no sign of anatomically modern humans reaching the region earlier than 60,000 years ago. Feature image: A petroglyph of what may be a total solar eclipse in the year 1097 as recorded by the Chaco Canyon, New Mexico Pueblo people. Courtesy of University of Colorado]]>