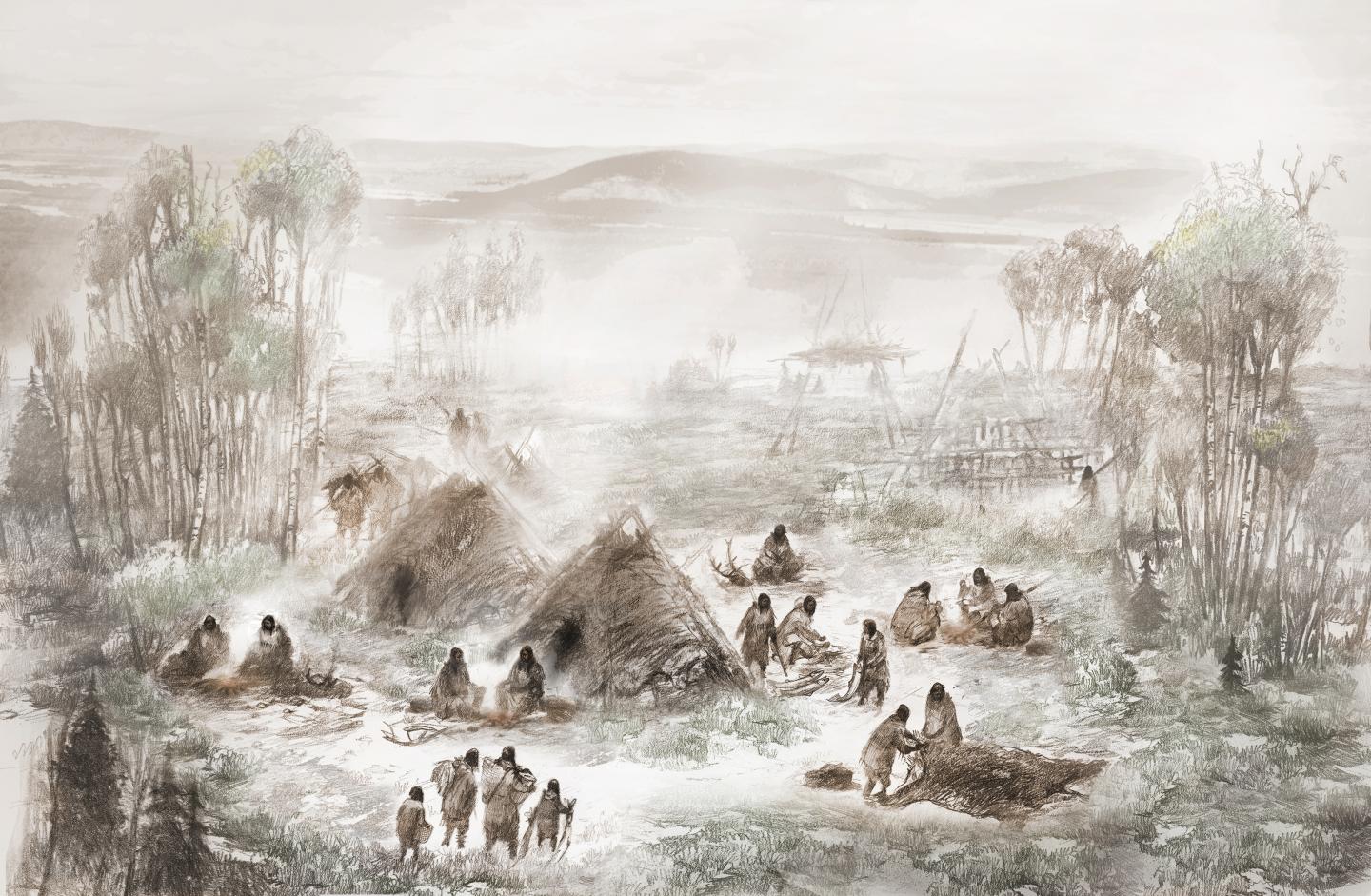 New Native American Population Could Rewrite History of North America Scientists have found evidence of a previously unknown population of Native Americans, a discovery that could cause a drastic rethink on the history of how humans populated the Americas. The revelation came from the genetic analysis of ancient DNA from the remains of a six-week old infant found at an Interior Alaska archaeological site. The new Native American group have been named “Ancient Beringians”. “We didn’t know this population existed,” said Ben Potter, one of the lead authors of the study published in the journal Nature, and a professor of anthropology at the University of Alaska Fairbanks. “These data also provide the first direct evidence of the initial founding Native American population, which sheds new light on how these early populations were migrating and settling throughout North America.” The discovery suggests two new scenarios for the populating of the Americas. One possibility is that there were two distinct groups of people who crossed the Beringian land bridge prior to 15,700 years ago. The second is that a single group crossed the land bridge and then split in Beringia into two groups, the Ancient Beringians, and other Native Americans, with the second group moving south of the ice sheets 15,700 years ago. Combined with archaeological evidence, the DNA results suggest that Athabascan ancestors moved north again, possibly around 6,000 years ago, and eventually either absorbed or replaced the Ancient Beringian population. “There is very limited genetic information about modern Alaska Athabascan people,” Potter explained. “These findings create opportunities for Alaska Native people to gain new knowledge about their own connections to both the northern Native American and Ancient Beringian people.” New Method for Determining a Skeleton’s Age of Death Christine Cave, an archaeologist from the Australian National University, has developed a new way to determine a skeleton’s age of death based on how worn the teeth are. The breakthrough could cause a drastic rethink on just how long people lived prior to the arrival of modern medicine. The method involves analysing the wear on teeth and comparing it to living populations of comparable cultures. Cave applied the technique to skeletal remains from three Anglo-Saxon cemeteries for people buried between 475CE and 625CE. “People sometimes think that in those days if you lived to 40 that was about as good as it got. But that’s not true.,” Cave said in an Australian National University press release. “For people living traditional lives without modern medicine or markets the most common age of death is about 70, and that is remarkably similar across all different cultures.” Cave believes that this myth about ancient populations dying young comes from difficulties in categorising the elderly in archaeological studies. “Older people have been very much ignored in archaeological studies and part of the reason for that has been the inability to identify them,” she said. “When you are determining the age of children you use developmental points like tooth eruption or the fusion of bones that all happen at a certain age. Once people are fully grown it becomes increasingly difficult to determine their age from skeletal remains, which is why most studies just have a highest age category of 40 plus or 45 plus. “So effectively they don’t distinguish between a fit and healthy 40-year-old and a frail 95 year old. It’s meaningless if you are trying to study elderly people.” Cave’s new method allowed her to notice a significant difference in the way male and female people of old age were buried in the Anglo-Saxon period. “Women were more likely to be given prominent burials if they died young, but were much less likely to be given one if they were old,” she said. “The higher status men are generally buried with weapons, like a spear and a shield or occasionally a sword. Women were buried with jewellery, like brooches, beads and pins. This highlights their beauty which helps explain why most of the high-status burials for women were for those who were quite young.” Cave’s research has been published in the Journal of Anthropological Archaeology. She is a PhD scholar at the Australian National University’s School of Archaeology and Anthropology. Mummy’s Name Finally Revealed A new scanning technique has revealed the name of an ancient Egyptian mummy, according to the Daily Express. The new technique was developed by researchers from University College London and the University of Manchester in collaboration with scientists from the USA. It revealed the name of the mummy, a man named Irethoreu. Irethoreu’s name was hidden on the foot plate of the coffin. According to the Daily Express, the international team of researchers used different frequencies of light to read hieroglyphics painted on scraps of papyrus used to make the case. Without this innovative technique, the only way to have read the name would have been by destroying the coffin. The name means “The Eye of Horus”. It’s believed that Irethoreu lived sometime between 664 CE and 30 CE. Featured image: A scientific illustration of the Upward Sun River camp in what is now Interior Alaska. Illustration by Eric S. Carlson in collaboration with Ben A. Potter ]]>