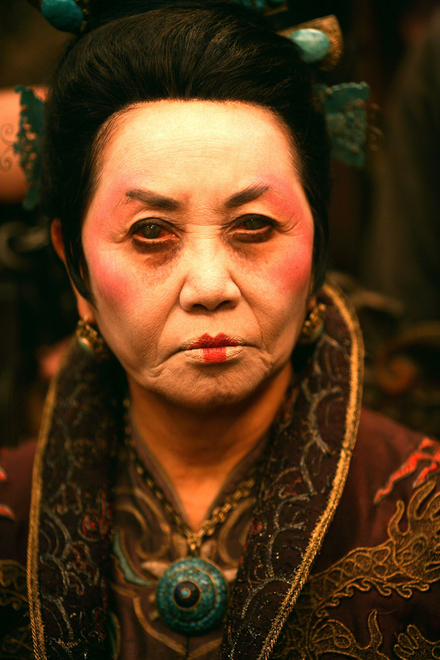 Meet Ching Shih: the prostitute-turned-pirate who banned rape in her 50,000-man fleet

Obscure beginnings Like so many politically influential women before (and after) her, Ching Shih went undocumented by history for a shockingly long time. In fact, her legacy was only first explored in depth in 1987, when Dian Murray published Pirates of the South China Coast, 1790-1810 – 143 years after the pirate lord died. Records call her Ching Shih, Madam Ching or Zheng Shi, all meaning ‘widow of Zheng Yi’; though she was born Shil Gang Xu, a girl from the Guangdong (Canton) province of south east China. At one point, it seems she worked as a prostitute on a floating brothel; though there is scant documentation of her life before 1801.

A pirate’s life for Shih

At this point, she had a chance encounter with Zheng Yi, pirate commandeer of the Red Flag Fleet. Legend would have us believe that he pillaged the floating brothel and captured her; other stories suggest that he proposed, but that she refused unless he would sign over half his fleet. If this is true, it was the first significant negotiation of what turned out to be an astute strategic mind. Either way, they married; and Zheng Yi did indeed gift her an equal partnership in leadership of his 200 ships.

Zheng Yi hailed from a long lineage of pirates. His name commanded a great deal of respect; and the ever-strategic Ching Shih advised him to unite the various pirate fleets of the South China Sea under the banner of the Red Flag Fleet. In 1804, just three years after their marriage, accounts tell us that the fleet had grown to either 300 or 600 ships of 50-100 pirates each. At the very least, that would mean 15,000 pirates were answering to the couple. At the most, it would have been 60,000. At the height of its power, some records provide estimates of 1,800 ships. Later that year, the fleet issued a blockade of a Portuguese trading port in Macau. The Portuguese squadron quickly fell to the power of the Red Flag and even the British Royal Navy stepped back from the conflict.

Six years into her marriage, Ching Shih was widowed. As is typical for their story, there are multiple accounts of Zheng Yi’s cause of death: he is alleged to have died in the Tay Son Rebellion in Vietnam in 1807, but also to have died in a typhoon or simply fallen overboard. As his heir, some even point fingers at Ching Shih. However he might have died, Ching Shih had to act fast – lest her empire crumble. She formed an alliance with her adoptive son, Cheung Po Tsai. Together, their secured the loyalty of a selection of Zheng Yi’s relatives, all of whom were leaders in the fleet. The wife of Cheung Po Tsai’s lieutenant, Cai Qian Ma, was a Western weaponry expert who spoke fluent English. Within the fleet, she was notorious for her viciousness in battle, addiction to opiates, and sexual exploits. But as well as this, Cai Qian Ma was an expert negotiator. She was able to provide Ching Shih and Cheung Po Tsai with strong connections to Western weapon dealers – thereby supplying the fleet with British guns. [caption id="attachment_8849" align="aligncenter" width="450"]

As Ching Shih secured her position, her code of conduct tightened. If a town sent a makeshift army out to fight the fleet, the Red Flag would sink the army and go ashore to kill all adult males they found. Often, resisters had their feet nailed to the decks before a beating. However, towns that did not resist and instead paid a tribute were rewarded with protection. Any pirate who tried to loot a town that had previously paid tribute to the Red Flag was beheaded and buried at sea. A violent death also befell any pirate who disobeyed an order, went ashore without permission, stole treasure or raped a female captive. Even if the sex was consensual, he’d be beheaded. However, pirates were permitted to marry attractive female captives, which would elevate the women to normal members of the fleet with rights and duties. Their husbands were bound to be faithful to their wives (upon pain of death, obviously). Ugly women, it is said, were released with no harm done. Interestingly, deserters weren’t killed. They’d simply have their ears cut off.

Any money seized in a raid would be accounted for and registered before it was distributed. Ching Shih worked out a system whereby the ship responsible for the capture would receive 20% of the loot. The remainder went into a large collective fund to be spread among the entire fleet. Failure to comply with her policy would result in severe public whippings or beheading.

There had never been a great naval tradition in the Chinese empire. A small selection of the Qing fleet were copies of captured pirate ships, but most of its fleet was made up of converted merchant vessels. Even then, they were greatly outnumbered by the technologically superior Red Flag ships. After a vicious exchange that saw the death of notable pirates including Cai Qian Ma, as well as government officials, the Qing government and the Red Flag fleet engaged in a pitched naval battle in 1808. The pirates enjoyed a glorious victory, causing the Qing government to reach out to Portugal and Britain again. Despite concessions offered to the two external powers, they were unable to help.

The tide turns against Ching Shih

In 1809, the tide turned. The imperial government continued to pour resources into their destruction and it became a question of attrition. The following year, the government issued amnesty for all pirates willing to lay down their arms. Cheung Po Tsai entered into a negotiation with the Qing forces, but was unable to make any headway. Ching Shih took the reins and walked, unarmed, into the governor’s office in Guangdong.

Due to her conversational prowess, all but 400 of her pirates would be able to walk free without ceding any of their wealth – on the condition that they all kneel before the governor and pay homage. Ching Shih refused. She expertly steered the conversation to a resolution, whereby she and Cheung Po Tsai would kneel – but only if their legal relationship as mother and son could be dissolved and they were allowed to be married. The two were wed with the governor as witness, and as per tradition, they knelt to thank him. Ching Shih had negotiated freedom for all but 400 of her fleet, kept all of their riches, not had to pay homage outside of usual marriage ritual, was able to marry the man she loved – and both became members of the Chinese aristocracy ‘by Imperial decree’. [caption id="attachment_8850" align="aligncenter" width="440"]

Ching Shih is immortalised in Disney’s Pirates of the Caribbean franchise as ‘Mistress Ching’.[/caption]

Cheung Po Tsai died at sea 9 years later, and his widow would go on to marry another former underling. They returned to the Guangdong province, where she opened a gambling house and brothel. Ching Shih lived to see her son and grandchildren grow up, and died in her bed, surrounded by her family, in 1844.]]>
Tags: Chinaching shihPiratepirates
Share 0
Tweet
Share
Share
Share