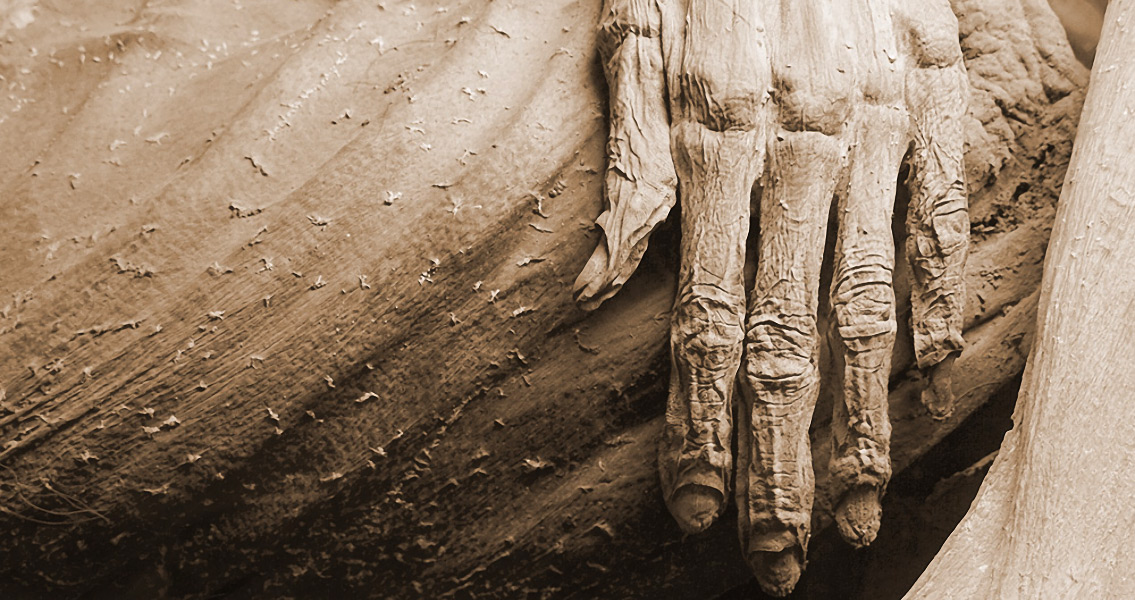 Research by the University of California at Berkley (UCB) has provided an explanation for the abandonment of the Mesoamerican city of Cantona in 900 CE. The pre-Aztec city had a population of 90,000 people at its peak, but was left completely deserted. Analysis of sediments in the nearby Lake Aljojuca allowed researchers from UCB to determine that the region had undergone a period of frequent drought, lasting over 500 years from 600 CE. They were also able to glean insights into population movements in the period of drought, noting that initially Cantona’s population had increased, possibly as a result of mass immigration to the city by those searching for water, before its sudden decline. Elsewhere, researchers from the University of Arizona applied social network analytical methods to archaeological data, and gained insights into the ancient importance of community. During the 250 year period starting from 1200 CE, huge swathes of the North-American South-west became uninhabited. Through their study, the researchers determined that the communities that survived in this period tended to be those with extensive connections to other communities. Essentially, the study provided an analysis of the significance of social networks, on a regional scale. Finally, a combined study, produced by academics from the University of Colorado in Boulder and the Santa Fe Institute, compared the urban growth patterns of ancient and modern civilisations. The study, which focused on pre-contact sites along the basin of Mexico, concluded that ancient cities in the region developed in much the same way as modern ones. The research throws into question the commonly held belief that modernity and industrialisation have made modern day cities distinct from ancient. Two meditating monks Tukdam is an advanced state of meditation achieved by Buddhist monks. It is thought that remaining in this state for more than three weeks leads the body to shrink, and appear mummified. Buddhist doctors, such as Dr. Barry Kerzin, have long argued that many Buddhist mummies are not in fact dead, but in this advanced state of meditation. Two discoveries in February have brought Tukdam and Buddhist mummification into the limelight. In Mongolia, a startlingly well preserved, two hundred year old monk was discovered in the Lotus position, suggesting he had been meditating when he died. The monk’s body demonstrated very few sings of decomposition, aside from a slight grey tint to his skin and his body being slumped to one side. In Holland, researchers from the Drents Museum carried out tests on a mummified Buddhist monk encased in a statue. Although it had been known previously that the monk was in the statue, the researchers were stunned to find that organs of the monk had been removed, and pieces of paper containing ancient Chinese writing inserted into his body. The pieces of paper are currently being translated, in the hope of gaining more insight into the monk and his burial. Migration Two unrelated studies have both provided fascinating insights into the spread and migration of species. The first, by academics from Tel Aviv University in Israel, made a startling conclusion about when humans first colonised Eurasia. An almost complete, 55,000 year old skull found in the Manot cave near Galilee, has provided direct anatomical evidence of when humans first colonised the Levant corridor, the piece of land connecting Africa to Europe. The discovery has raised some fascinating questions, firstly suggesting that Homo Sapiens inhabited the Levant Corridor at the same time as other Hominins, and secondly that the first H.Sapiens in Europe were not in fact direct migrants from Africa, but descended from those that had settled in the Corridor. Another study looked at the migration of Solenopsis geminata, or Red Fire ants. University of Illinois academics analysed the genetic code of ants from 192 locations to determine a time frame for their “Global invasion”. The biologists concluded that the spread of the ants to Africa, the Americas, Australia, India, and Southeast Asia, took place because Spanish Galleons unwittingly transported them in the sixteenth century. Essentially, the biological invasion by the fire ants was directly linked to the Spanish Empire establishing the first globalised trading network. Both study’s are fascinating, as they reveal the new detail with which ancient migration and population dispersal of different species can be monitored. Ancient Egyptian Healthcare System Perhaps one of the most startling stories from February concerns Ancient Egypt. Excavations at Deir el-Medina, a village built for workers tasked with constructing tombs during the New Kingdom (1550-1070 BCE) period, has revealed that the workers received extra amenities from the state in exchange for their services. Recently discovered papyri texts from the site have suggested that grain distribution in the village had remained consistent, even at times when workers were unable to work due to sickness. This suggests that the state provided some level of sick pay to the workers it valued so highly. The discovery reveals the seemingly never ending stream of new information that can be gleaned about the incredibly complex societies of Ancient Egypt. Image courtesy of Wikimedia commons user: Tomascastelazo]]>