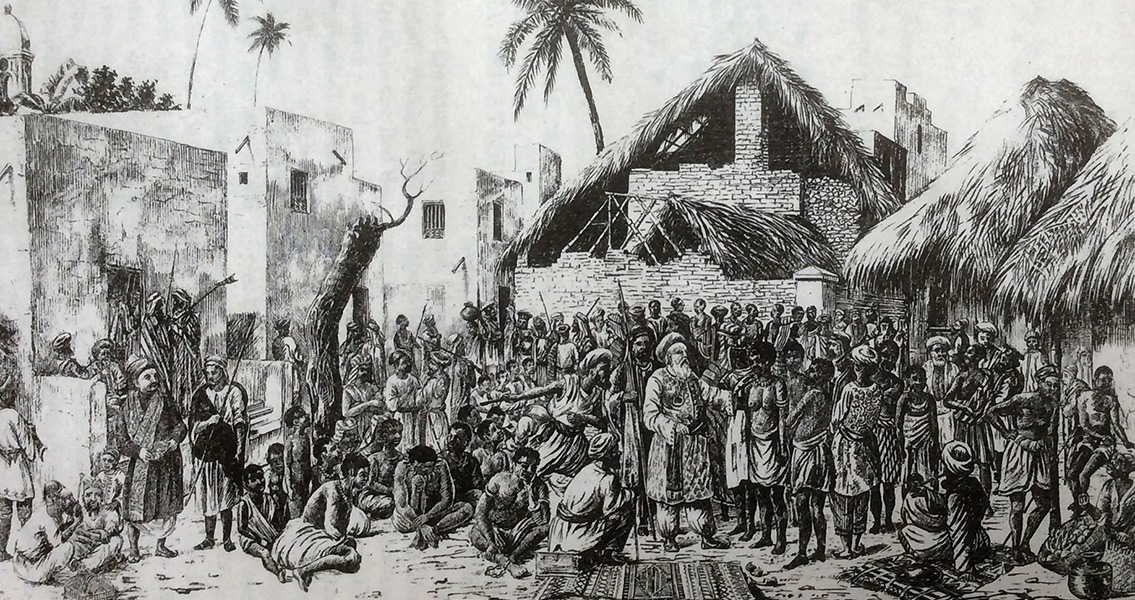 Proceedings of the National Academy of Sciences. Dr Schroeder and her colleagues performed genome analyses on the remains of three enslaved Africans, found buried in the Zoutsteeg area of Philipsburg on the Caribbean island of Saint Martin. It is understood from previous studies that the ‘Zoutsteeg Three,’ one adult female and two adult males, were buried in the seventeenth century and most likely came from Africa, rather than having been born in the New World. The new study enriched the poorly preserved DNA of the Zoutsteeg Three using a technique known as whole genome capture. “Those remains had essentially been lying on a Caribbean beach for hundreds of years so their preservation was really not good,” Dr Schroeder explained. “But by enriching the poorly preserved DNA in those samples we were able to obtain enough data to be able to dig deeper into the genetic origins of those three individuals we analyzed.” Dr Schroeder and her colleagues found that one of the Zoutsteeg Three had originated among Bantu-speaking groups in northern Cameroon. The other two came from a different area, most likely from non-Bantu speakers in the area which is now Nigeria and Ghana. “To our knowledge, these findings provide the first direct evidence for the ethnic origins of enslaved Africans,” writes Dr Schroeder in her study. “The data suggest that the Africans who reached Saint Martin were drawn from diverse cultures and societies.” The study has several major implications for the study of history. Most importantly, it clearly shows that it is possible to get extensive genome data from poorly-preserved archaeological remains; Dr Schroeder’s work clearly shows the value of her whole-genome capture method, which enables us to use samples which were previously thought to be too poorly degraded. This is particularly important in the Caribbean as artefacts deteriorate considerably in tropical settings. Genome-wide analyses are very useful for tracing the genetic origins of individuals, in this particular case victims of the transatlantic slave trade. Dr Schroeder’s work provides an alternative record which enhances our understanding of a long-standing historical problem, one where documentary sources can not tell us enough. For more information: www.pnas.org Image courtesy of Wikimedia commons user: Jgdc47B ]]>