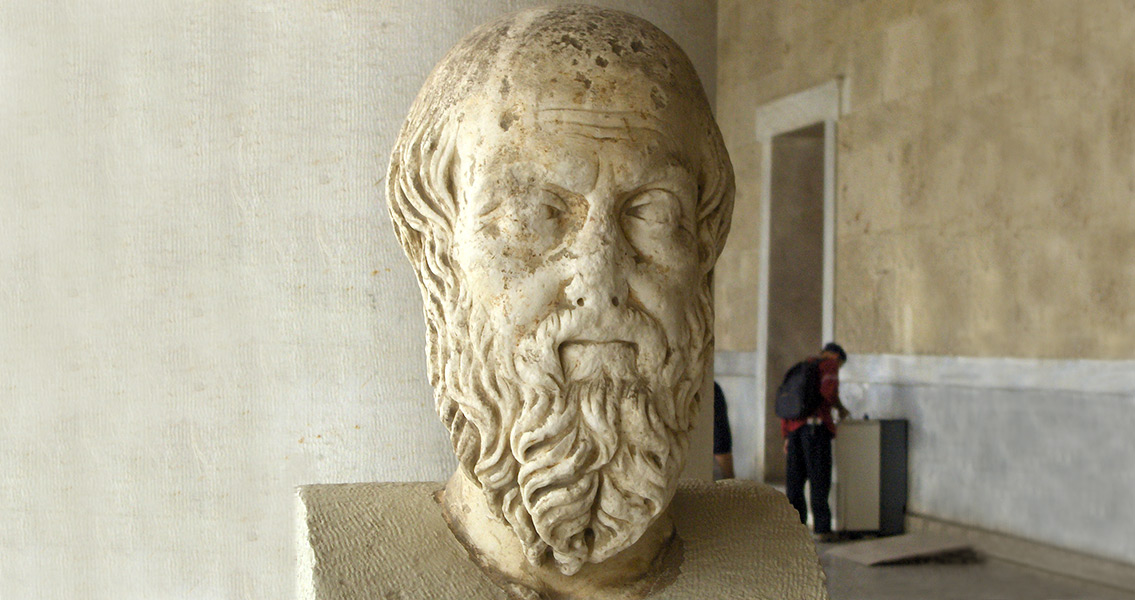 Histories of the war between Greece and Persia is regarded as the first work of narrative history ever produced. It is pioneering in its attempt to provide a broader analysis of the factors behind the conflict, as well as providing one of the few insights available on the host of cultures that had been absorbed into the Persian Empire. Exact details of Herodotus’ life are unknown, but it is clear from the scope and nature of the Histories that he travelled extensively. It is believed that he was born between 500 and 470 BCE, and died sometime after 430 BCE based on the fact that the last event recorded in his Histories took place in that year. It appears that he was born in Halicarnassus, a Greek city in Asia Minor that at the time was under Persian rule. He lived in Athens for a significant part of his life, and some historians have suggested that he was killed in the plague that decimated the city’s population between 429 and 413 BCE. The Greco-Persian Wars were a series of wars fought between the Greek City States and the Persian Empire over a period of more than forty years. A consequence of the continuing expansion of the Persian Empire, the war reached its peak with two Persian attempted invasions of the Greek mainland between 490 and 479 BCE. The wars, and their aftermath, proved crucial in Ancient Greek history. The Greeks defied the odds and successfully repelled the military might of the Persian Empire at the peak of its powers. The victory proved crucial in allowing Greek culture and civilisation to flourish over the next few hundred years, as well as allowing Athens to become more powerful and challenge the previously dominant Spartans. Herodotus’ Histories can be divided into two sections, one of which deals with the origins of the Persian Empire, while the other is a more straightforward narrative of events in the wars themselves. It seems that Herodotus was not content to simply provide a description of the conflict, and felt a need to explain just how the Persian Empire came to be so powerful. As a result, his work illuminates the contrast between the polyglot Persian forces, made up of soldiers from a host of of different regions but united under a strong, forceful leadership, and Greece, a civilisation which shared a language and culture, but was divided by the politics of the City States. In the first four books of the Histories, Herodotus provided a detailed account of the various parts of the Persian Empire, and how they came to be conquered. Influenced by his extensive travels throughout Europe, Asia and Africa, the Histories combine detailed accounts of political maneuverings and military invasions with diversions into the stories and histories of the cultures and people from Africa to Asia who made up Persia at its peak. In Herodotus’ Histories we get detailed accounts of some of the most monumental moments in the history of the Ancient World, such as The Ionian Revolt and the Battle of Marathon. It also depicts some of the period’s most colouful figures, such as the Persian Kings Xerxes and Darius. Herodotus’ storyteller style means the Histories can simultaneously come across as a fantastical tale, and a detailed socio-political examination of two different cultures and the epic battle they fought. What is perhaps most remarkable however, is the balanced approach the author takes, depicting acts of great heroism and great evil on both sides. It is this neutrality which makes Herodotus so pivotal in the development of modern approaches to history. Image courtesy of Wikimedia Commons user: Konstantinos Stampoulis

The History of Herodotus
Translated from the Greek by Herodotus