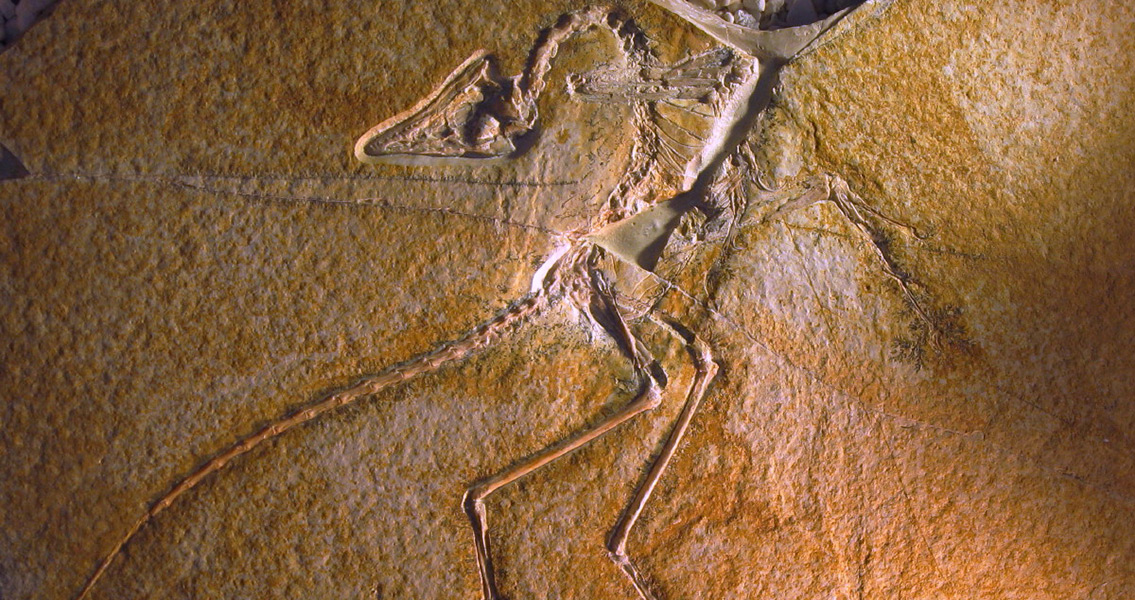 Posted By: Irina.Slavon: May 01, 2015In: Breaking NewsNo Comments
Print Email

scansoriopterygids, characterised by their long hands, that lived 160 million years ago. All fossilised remains from this group come from China and none of them have such a bone connected to their wrists. This, coupled with the fact that bats and flying squirrels have similar bones on their hands, led the scientists to the suggestion that the dinosaur had wings made from skin, not feathers. The team, including Xu Xing and Corwin Sullivan from the Chinese Institute of Vertebrate Paleontology and Paleoanthropology, and Zheng Xiaoting from Linyi University, named the creature Yi qi, meaning “strange wing”. They explained that at this stage it is impossible to determine whether the wings were used for flapping or gliding but in any case no other dinosaurs that have been discovered in this group of species had anything like them. Zheng said that Yi qi must have been a flight pioneer, given that it lived in the Jurassic era, long before feathered dinosaurs took to the air. However, the evidence is scarce, so it is likely that the publication detailing the find and the scientists’ conclusions will cause controversy. Although it has been long suspected that modern birds evolved from dinosaurs, until recently there was no hard evidence proving the link. Just last year, paleontologists completed a comprehensive family tree of a group of carnivorous dinosaurs from which birds are thought to have evolved. The tree reveals that, unlike with humans, this evolutionary process was gradual, with no “missing links”. Simply put, 150 million years ago a group of small dinosaurs started changing, acquiring bird-like skeletons, beaks and feathers. This process took tens of millions of years, accelerating over time. This, paleontologists explain, is because once the bird skeleton was in place, it greatly increased the potential for further evolution and diversity. For the sceptics, bird DNA has also been linked to dinosaur DNA, including that of the Tyrannosaurus Rex. In 2007, US researchers managed to extract collagen, a protein from the soft tissue of a bone, from the remains of a Tyrannosaurus that had lived 68 million years ago. The closest collagen type found in a modern animal was that in chicken bones. This discovery helped add more weight to the hypothesis that birds evolved from dinosaurs. Image courtesy of Wikimedia Commons user: H. Raab]]>