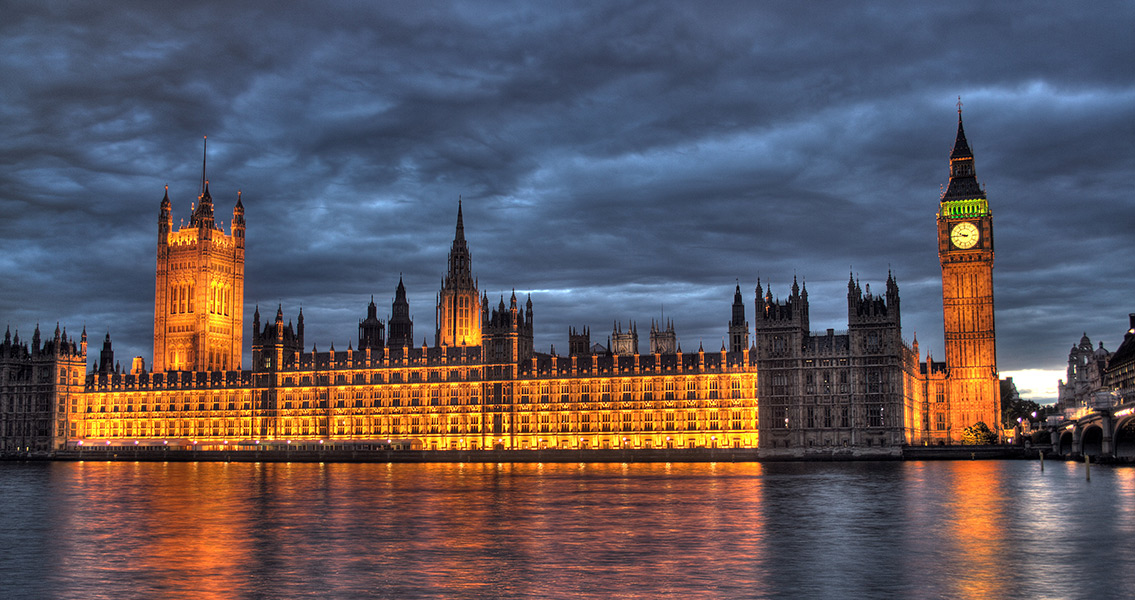 History of Democracy in the UK (Part 2)

history focused on the relationship between monarchy and parliament, and the key events in restricting the powers of the monarch as Parliament became increasingly significant. The second part looks at the expanding of the franchise, and the various campaigns to make democracy more inclusive. The Glorious Revolution The Glorious Revolution of 1688 came at a time when the dislocation and chaos of the English Civil War was still fresh in the memory. The revolution, which ended King James II’s reign, was a response to the King’s obvious desire to have Catholicism returned as England’s religion. James’ reign was characterised by unrest and conflict with Parliament, a situation the revolution hoped to bring to an end. Both Tory and Whig politicians in the United Kingdom took it upon themselves to send an invitation to William of Orange, the protestant Prince of Holland, to take the throne of the United Kingdom and rule alongside his wife Mary, the daughter of James II. In November 1688, William’s forces landed in the United Kingdom, and James fled to France the following month. In January 1689, legislation was passed to enshrine the revolution, and William became King of England. Although a controversial event: one which led to bloody conflicts in Scotland and Ireland (both predominantly Catholic), can be interpreted as a legalised invasion of the UK, and restricted Catholic freedoms, the Glorious Revolution was crucially important in British constitutional history. Before being offered the crown, William and Mary were made to agree to a document which was eventually passed into law as the Bill Of Rights. It laid out a number of key constituional principles, such as the need for regular parliaments, the illegality of creating new taxes without parliamentary approval, and the prohibition of dispensing powers through royal prerogative. As was often the case, it took time for these new laws to be adopted in practice, but the Glorious Revolution laid the frame work for the modern, constituional monarchy. The Great Reform Act The nineteenth century was a period of drastic change in the United Kingdom, influenced by events both at home and abroad. The French Revolution of 1789 had proved an inspiration for the drive to achieve social change across Europe, leading to the nineteenth century being dominated by political and social upheaval. The French Revolution was also a warning to governments of the need to respond to the voice of the people to prevent revolution. At the same time, the Industrial Revolution had swiftly altered British society, leading to mass urbanisation and a swift redistribution of wealth. Both of these factors put pressure on the establishment to create a political system that reflected reality. Allowing men who rented property to vote as well as property owners, the 1832 Reform Act increased the franchise to over a million people, or about one in six of the population. The act also redrew the barriers of constituencies, meaning fairer political representation was given to the densely populated cities that had sprung up after the industrial revolution. A second Reform Act, passed in 1867, expanded the enfranchise to include all male householders, regardless of the property’s value. The act doubled the franchise yet again, incorporating a large swathe of the urban working class. The Twentieth Century Into the twentieth century, reforms still needed to take place to reach the democratic representation present in the United Kingdom today. Throughout the late nineteenth and the early twentieth century the movement for female suffrage had grown increasingly vocal and difficult to ignore. Different female suffrage groups deployed methods of various extremes in an attempt to expand the franchise, most notably in 1913, when Emily Davison was killed at the Epsom Derby after she ran out in front of a horse, holding the banner of the Women’s Social and Political Union. Finally, at the end of the First World War, the ‘Representation of the People Act’ was passed, significantly expanding the franchise once again. All property restrictions were removed for male voters, allowing many soldiers who had fought in the war the chance to vote for the first time. Women over the age of thirty were also allowed to vote for the first time and stand for election, although some property conditions were included. These restrictions were lifted ten years later, allowing any woman over the age of twenty one the right to vote. Image courtesy of Wikimedia Commons user: Maurice]]>