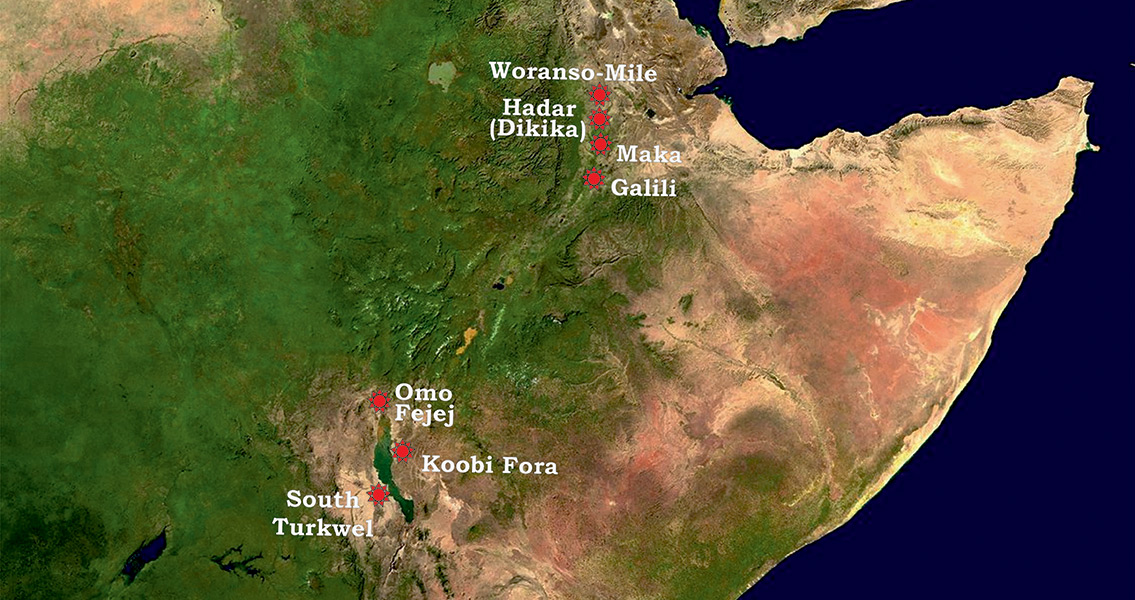 Posted By: Daryl.Worthingtonon: May 28, 2015In: Breaking NewsNo Comments
Print Email

Australopithecus deyiremeda, as the new human ancestor has been named, lived in the Afar region of Ethiopia some 3.3 million to 3.5 million years ago. This means it would have lived alongside Australopithecus afarensis, another hominin species from the Afar region whose most famous representative, “Lucy”, was discovered in 1974. A. afarensis lived in what is now Ethiopia, between 2.9 million and 3.8 million years ago. “The new species is yet another confirmation that Lucy’s species, Australopithecus afarensis, was not the only potential human ancestor species that roamed in what is now the Afar region of Ethiopia during the middle Pliocene”, said Dr. Yohannes Haile-Selassie, curator of physical anthropolgy at the Cleveland Museum of Natural History and the project team leader of the study, in a press release. The fossil specimens were found on 4th March, 2011, in the Woranso-Mille Paleontological Project study area, situated in the centre of the Afar region, about 325 miles north east of Ethiopia’s capital Addis Ababa, and just 22 miles north of the site where Lucy’s remains were unearthed. Differences in jaw bone mark the two species apart. A. deyiremeda had thick enamel teeth of a different shape and size to Lucy, and a more robust lower jaw. The anterior teeth were also comparatively smaller in A. deyiremeda, suggesting it had a different diet. A. deyiremeda‘s discovery adds to the increasing ambiguity about the process of human evolution. For much of the twentieth century the general consensus among scientists, based on available sources, was that during the Pliocene period only one human ancestor species existed at any time. In 1995, a hominin species called Australopithecus bahrelghazali was discovered in Chad, and in 1999 another called Kenyanthropus platyops was discovered in Kenya. Both of these species were reported to have lived at the same time as Lucy, although this assertion was met with skepticism from the scientific community over whether they really were separate species or simply another example of A. afarensis. Skeptics in the scientific community may still need to be convinced that A. deyiremeda is indeed a distinct species but its discovery adds further weight to the idea that the evolution of homo sapiens was not just a straight line from A. afarensis. “Some of our colleagues are going to be skeptical about this new species, which is not unusual. However, I think it is time that we look into the earlier phases of our evolution with an open mind and carefully examine the currently available fossil evidence rather than immediately dismissing the fossils that do not fit our long-held hypotheses”, said Haile-Selassie. For more information: www.cmnh.org Image courtesy of Wikimedia Commons user: Chartep]]>