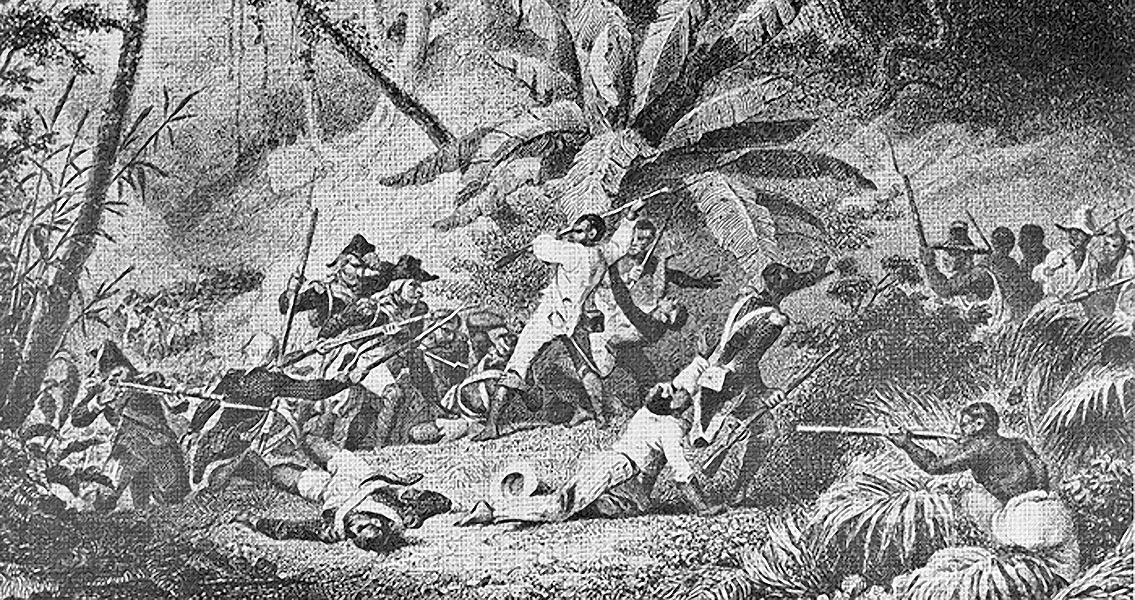 The History of Haiti, Revolution and Independence

Posted By: Adam.Steedman.Thakeon: May 29, 2015In: Breaking NewsNo Comments
Print Email

History Compass. The post-Revolution crash, Taber argues, does not necessarily reflect the policies of an independent Haiti. The expansion of Haiti’s plantation economy in the mid-eighteenth century and the importation of hundreds of thousands of slaves explains the colony’s economic productivity explosion. “It is probable that soil exhaustion and deforestation would have diminished Saint- Domingue’s economic role even without the revolution,” Taber writes. Taber argues that most slaves, who initially had little property, probably saw their living standards increase following the Haitian Revolution. Later scholarship, Taber writes, influenced by “Algerian independence from France, the USA civil rights movement, and general de-colonization coupled with the emergence of social history generated new interest around the Atlantic in the Haitian experience and its significance for understanding decolonization, black liberation, and structural racism.” There is still heated debate around the political ideas of Haitian slaves and the possible influence of Enlightenment ideas on their thinking. Taber notes that historians such as Laurent Dubois have argued that slaves further radicalised Enlightenment ideas as they adopted them. “In contrast, Geggus, Thornton, and Ogle show that most slaves followed a type of royalism that allowed an appeal to an authority higher than the planters,” Taber wrote. Most of the Haitian Revolution does not fit into easy narratives of racial solidarity or universal liberation. Numerous historians have argued over what caused the Revolution, with little concession. It is tempting, Taber writes, “to describe Saint-Domingue simply as the abyss of 18th-century slavery and colonialism and the Haitian Revolution as the universal triumph of human rights, but such easy narratives do a disservice to the women and men involved and mask Haiti’s complexity.” His conclusion is that further work needs to be done. Taber’s summary of Haitian history is impressive in scope and offers a wonderful synopsis for anyone wanting to understand Haiti’s complicated and nuanced past. For more information: www.onlinelibrary.wiley.com ]]>