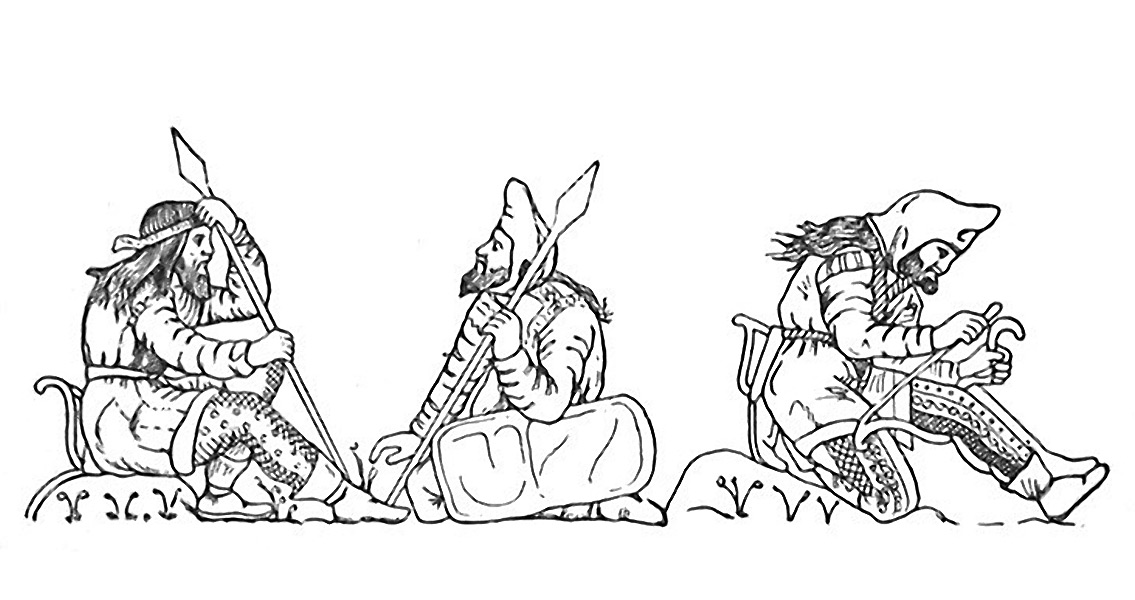 New Historian last week, archaeologists have speculated that some of the artefacts in the site may be of Greek origin. Now, another use has been found for some of the golden objects excavated from this dig. The two bucket-shaped cups were found upside-down and covered with intricate carvings on the outside that depicted creatures from mythology; on one, winged griffons are seen attacking both a stag and a horse while another carving showcases an older man engaged in combat with a larger group of younger warriors. The interior of both cups were coated with a black residue that proved to be a mix of opium and cannabis after it was analyzed by forensics experts. The chamber where the golden bongs were discovered had been cleverly concealed beneath a layer of clay and stored within a chamber lined with broad, flat stones. In the end, nearly seven pounds of golden artifacts were excavated including two neck rings, a finger ring, a bracelet, and a collection of three cups in addition to the two cannabis cups. While the site was initially uncovered in 2013, the decision was made to keep the discovery a secret in order to discourage looters. Archaeologists say that there was already evidence that the burial mound had been scoured by looters sometime in the indeterminate past, prompting the secrecy and initially leading them to believe that any valuable artifacts had long since vanished. The site itself is known as a kurgan, one of the few pieces of permanent construction left behind by the Scythians; the largely itinerant civilisation constructed these burial mounds across their territory, which stretched from the Black Sea in the west to as far as Mongolia to the east over the close to a thousand years that the nomadic people ruled the region. Andrei Belinski, the archaeologist that led the excavation team that took over following the discovery of the site, says that the historical value of the find is noteworthy, especially since the bongs are in such excellent condition and the carvings on the cannabis cups harbor such minute details. “I’ve never seen such a detailed representation of the clothing and weaponry of the Scythians,” the archaeologist remarked, adding that “it’s so detailed you can see how the clothing was sewn.” Hopes are high that the cups, and the remainder of the gold uncovered from the kurgan, will help shed additional light on Scythian culture. It has long been thought that the Scythians used cannabis and opium in ceremonial or religious rites. Herodotus, the Greek historian living in the fifth century BCE, described Scythians as smoking a type of plant that affected the cognition of Scythian warriors prior to entering battle. Archaeologists believe the two golden cups uncovered in the Caucasus were likely the possessions of a tribal chief. ]]>