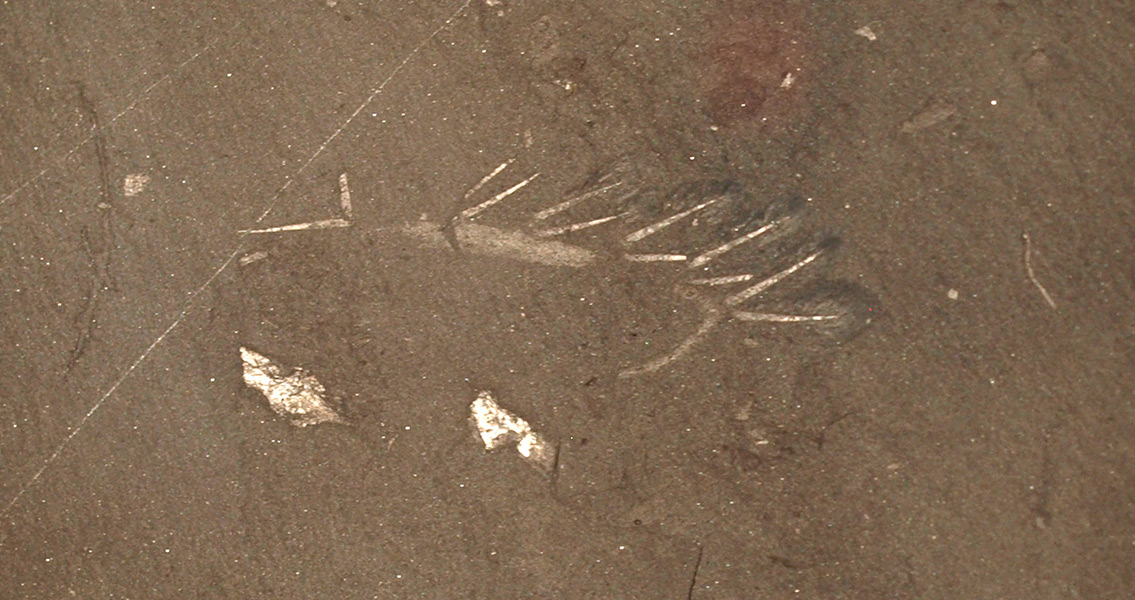 Hallucigenia sparsa, a marine worm that lived some 500 million years in the past during the Cambrian period, has proven to be a tough nut to crack based on what it left behind in the fossil record. Originally discovered in the 1970s, the spiny, 15-millimeter long worm left such strange impressions in its fossilized form that for decades researchers thought that its spines were actually its legs. While the scientific community eventually managed to figure out which side of H. sparsa was up, there was one last problem related to its study – no one could figure out which end was the front. A new research study into the diminutive, worm like marine animal has not only identified the creature’s front end from the back, it has also revealed the unique characteristics of its face. According to paleontology and evolution researcher Martin Smith from the University of Cambridge, the co-author of the study, while the research team expected to at least find a pair of eyes under the microscope they also found a “grinning” mouth lined with sharp teeth. Additional teeth were found lining the interior of H. sparsa’s mouth, angled backwards to direct food deeper into the creature to begin digestion. In an interview with Live Science, Smith said that the circular, toothy mouth of H. sparsa might end up being an evolutionary link to modern species such as nematodes, spiders and tardigrades. “You look at a spider today, and you would have no idea, but actually, its simple mouth used to be much more complicated,” Smith remarked, pointing to the more complex mouth of H. sparsa. The fossils that Smith and his colleagues used to make the discovery were sourced from Canada’s Burgess Shale, located in the mountainous terrain of British Columbia. The rock formation is noteworthy for harboring some of the most well-preserved examples of fossilized intact soft tissue and is one of the oldest fossil beds in the world where soft tissue fossils can be found. Several dozen H. sparsa specimens were examined by researchers as they carefully chipped away at the shale surrounding the ends of the fossils with the help of a micro-engraving tool. Once the specimens had been cleaned sufficiently, they were placed under a microscope for further study, which is when the eerie “smile” of the creature was revealed. While the proper end of H. sparsa has finally been revealed, there is still speculation as to what it actually ate. Smith suggests that the marine creatures could have been filter feeders, using their two long front limbs like tentacles to pluck detritus from the water. Another possibility is that H. sparsa used its legs to latch on to sponges and attach its lamprey-like mouth to feed. For more information: www.nature.com Image courtesy of Wikimedia Commons user: Captmondo]]>