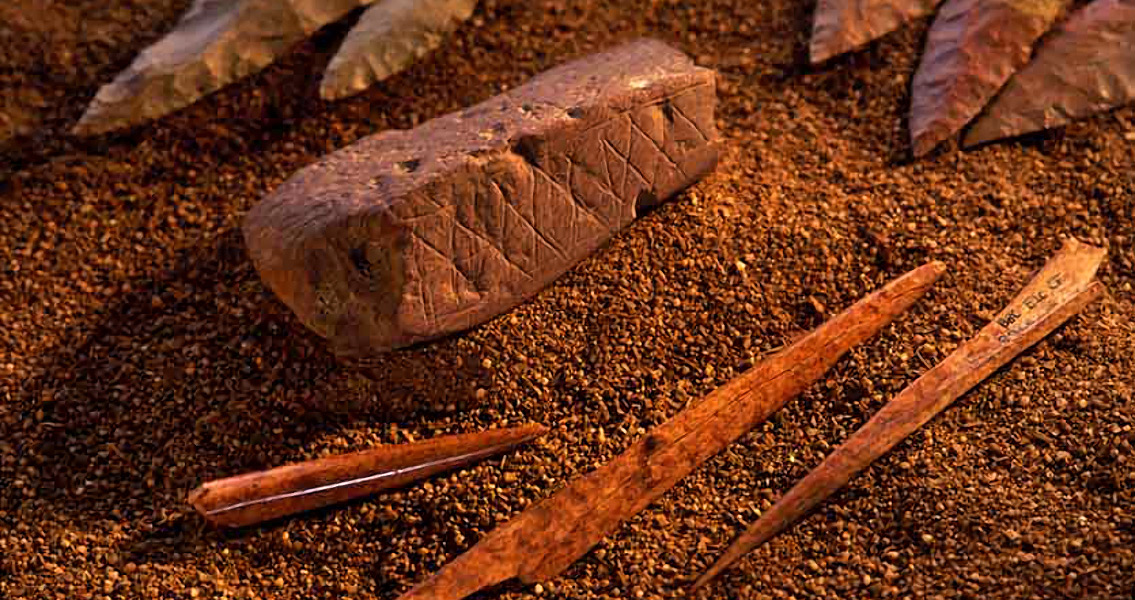 PLOS ONE, found that South African settlements existing some 1,000 kilometers apart during the MSA were using similar types of stone tools at the same time. Scientists found that these tool-making tribes of humans, which existed around 71,000 years in the past, were likely to have developed independently of each other – especially since the methods used to create these tools diverged even though the end products were so similar. This is in stark contrast to archaeological evidence dating back to just 65,000 years ago, says Lyn Wadley, who remarked in a press release that the older civilizations didn’t seem to demonstrate the same level of disseminated cultural and social tradition as the settlements dating to just 6,000 years later. One of the authors of the new study, Professor Wadley, teaches archaeology at Johannesburg’s University of the Witwatersrand. The dig sites involved in the study, Sibudu in KwaZulu-Natal and Blombos Cave in the Western Cape region, are among the most famous within South Africa. The exact locations of each dig are known as Howiesons Poort and Still Bay respectively; these sites have yielded up much of what modern archaeology has been able to deduce about the earliest forms of human civilization, how human tradition began to develop through cross-cultural contact with individual tribes of early humans in the MSA, and when that development first began to occur. There’s precedent for the idea of cultural exchange between such relatively isolated pockets of early humanity, as earlier research into stone tools made around 65,000 years in the past shows that the processes used to create tools at both locations were similar, despite the difference in the types of stone found in each place. However, the new research shows little in the way of this evidence from 71,000 years ago; this is an indication that socialization among disparate groups of human settlements developed over the gap between the two time periods, especially since the evidence from the settlements dating back to 65,000 years ago has shown several different examples of this cultural cross-pollination. Currently, the differences in stone tool making methods discovered by Professor Wadley and the other members of the research team involved in the study is some of the only evidence of its type in existence. While the results are certainly promising, the archaeologists say that additional research is going to be needed before a definitive date can be pinned down as to when humanity began to come together through important concepts such as tool making techniques passed down from generation to generation. For more information: www.journals.plosone.org Image courtesy of Wikimedia Commons user: Chenshilwood]]>