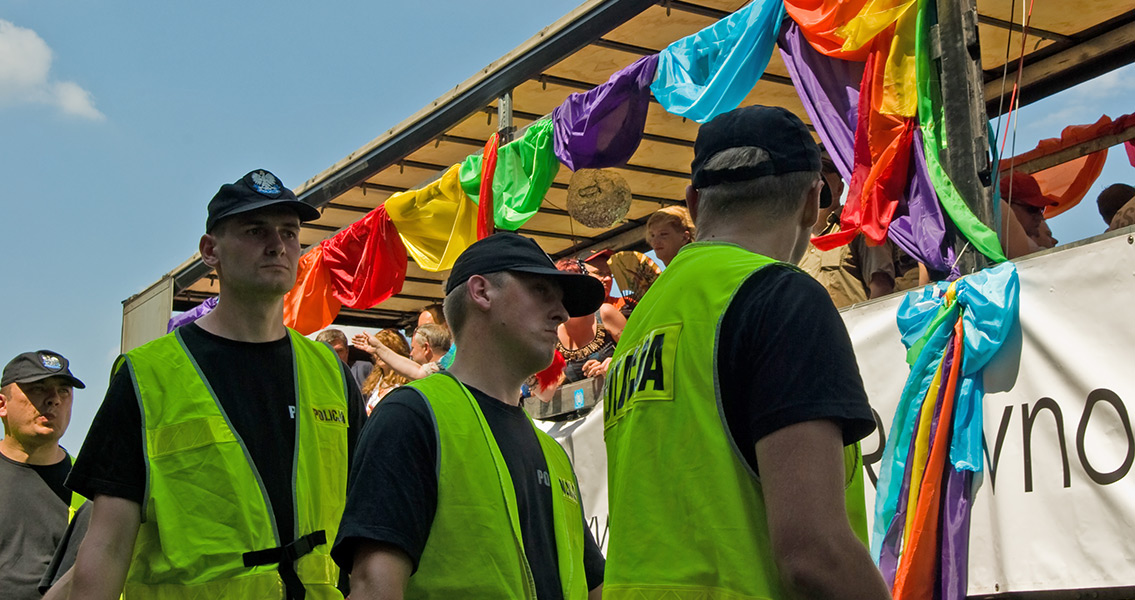 Obergefell vs. Hodges that state level bans on same-sex marriage were unconstitutional. In Europe, the 2015 Europride – a pan-European international event dedicated to LGBT pride on the continent – was held in Riga, Latvia, marking the first time in the annual event’s twenty-three year history that it was held in a former communist country on the EU’s eastern border. Just last week a photo of a tearful teenage boy by renowned “Humans of New York” photographer Brandon Stanton, captioned “I’m homosexual and I’m afraid about what my future will be and that people won’t like me”, went viral, resulting in an international outpouring of support for the teenage boy. The post even grabbed the attention of Hilary Clinton. Undoubtedly there are still places in the world where Lesbian, Gay, Bi-sexual and Transgender people face persecution, from both their fellow citizens and their own governments. The image, and the response to it, highlight the continued concerns and anxieties for LGBT people, but also how much attitudes have changed in a comparatively short space of time. A look at the history of perceptions of homosexuality in Britain and the USA can provide clear examples of just how drastically ideas have changed, at least politically and legally, over the last seventy years. Just 130 years ago, in 1885, the Labouchere Amendment was passed in Britain which created the offence of gross indecency. This made all sex acts between men illegal, the law clearly targeted at criminalising homosexuality. A decade later Oscar Wilde, author of ‘The Picture of Dorian Grey’, was prosecuted under indecency laws and sentenced to two years imprisonment. The judge at the trial stated that he thought the punishment he’d administered, the harshest he legally could, was inadequate for Wilde’s ‘crime’. In 1952, Alan Turing, the key figure in the cryptoanalytic work at Bletchley Park which cracked the Enigma codes, and a pioneering engineer in the development of the computer, was brought to trial on charges of having a sexual relationship with a man. Turing made no attempt to deny or defend his actions, instead making clear that he felt that there had been nothing wrong in his actions. Inevitably found guilty, Turing opted to receive sterilising injections for a year instead of facing a lengthy prison sentence. After the Second World War had ended, Turing worked at the secretive intelligence agency, GCHQ, (Government Communications Headquarters). Following the revelations about his sexuality however, Turing lost his security clearance to work at GCHQ, highlighting Cold War fears that homosexuals presented a security risk. A similar pattern occurred in the USA. Throughout the 1940s and 1950s countless reports were published arguing that homosexuality was a serious threat to society. The 1950 Senate Commissioned report “Employment of Homosexuals and Other Sex Perverts in Government”, argued that homosexuality was a mental illness which constituted a national security risk. Most shockingly, this report openly admitted that the federal government had covertly monitored its employees sexual persuasion in the early years of the Cold War. Highlighting just how seriously these views on sexuality could affect people’s lives, some 4,380 gay men and women had been discharged from the military, and 500 fired from their jobs in the US government in the years leading up to the publication of the report. In April 1953, President Dwight D. Eisenhower signed a bill prohibiting homosexuals from working in the federal government or for any of its contractors. Britain only decriminalised homosexuality in 1967, through the Sexual Offences Act. Even then, homosexual relationships were still burdened with strict restrictions when compared to heterosexual relationships. It would be decades for example, until the same age of consent was applied to homosexual relationships as heterosexual. In the USA reform started in 1962, when the state of Illinois decrimininalised same sex relationships. From there a gradual process started, as other states slowly implemented similar reforms. It wasn’t until 2003 that the Supreme Court struck down the sodomy laws in the fourteen states that still had them. Of course, throughout this period and before, in both the UK and the USA, there were a plethora of campaigners working tirelessly to win acceptance for LGBT rights and to push for legal reforms, laying the groundwork for the increased acceptance we can see today, most explicitly in the response to Stanton’s photograph. It is of course vital to celebrate and acknowledge these campaigners endeavors. Attitudes to homosexuality have had varied histories around the world. In the case of the USA and UK however, the legal, political and social acceptance of homosexuality just seventy years ago was almost unrecognisable to what it is today. Image courtesy of Wikimedia Commons user: Nikodem Nijaki ]]>