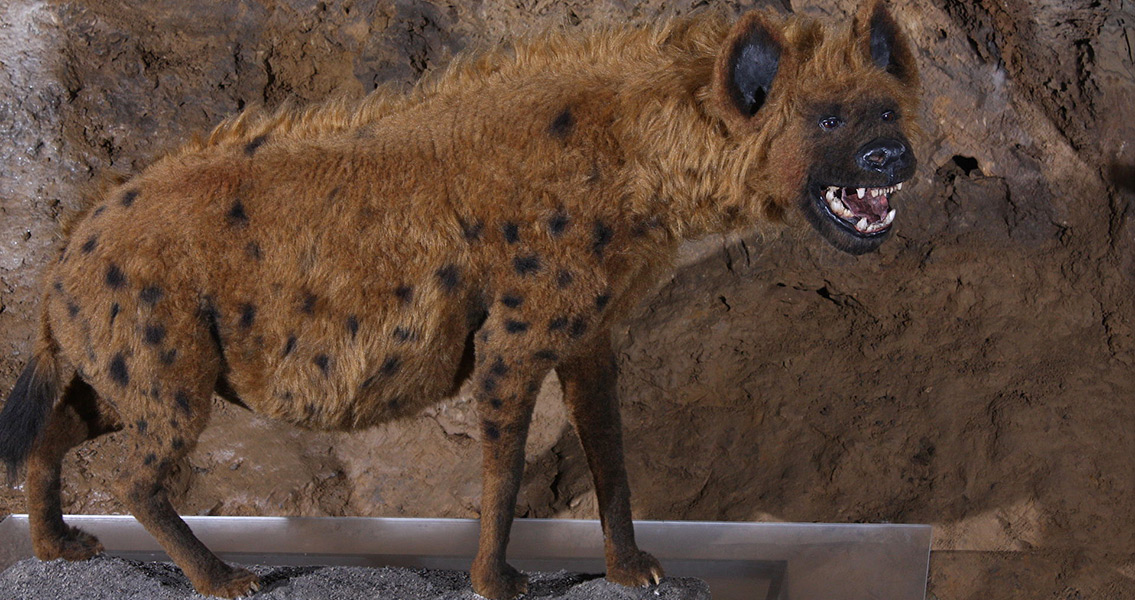 Pachycrocouta brevirostis, was more than twice as big as modern-day hyenas and it was the major competitor of Homo species for food, apparently gaining the upper hand and delaying the population of Europe by humans until the Neanderthals came along. According to the paper detailing the study, published in the journal Quaternary International, food availability was a leading limiting factor for the spread of early humans in the temperate climate of the Iberian Peninsula and western Europe as a whole, especially during the winter. In order to ensure their sustenance, these early hominids “developed scavenging strategies,” to make use of the bodies of hoofed animals. Yet, the giant hyenas were, it seems, better scavengers, greatly reducing the availability of food that could have driven a more expansive hominin spread across the continent. The authors also argue that the Villafranchian period, 1.4-1.2 million years ago, was characterised by stable climate that would have facilitated the spread of humans in Europe were it not for the hyenas. One of the popular hypotheses in the debate over why early humans did not populate Europe is that they were incapable of coping with sharp climatic changes. To come to these conclusions, the researchers analysed several large deposits of animal bones dating to the Villafranchian period of the Pleistocene, writes the Daily Mail. The bones were found at two sites in northeastern Spain, near the city of Terassa. The bones belong to large herbivores and the team of palaeontologists deduced that they were carried to these sites by Pachycrocouta brevirostis. During the same time period, caves in the region were occupied by early humans. These early humans, as another recent study revealed were not Homo erectus, as was believed earlier. They were Homo habilis, a smaller, more ape-like species that could both climb trees and walk. It was probably not very well prepared to handle large predators like the hyenas, which, according to the Spanish team, reached a height of 4 feet (not much shorter than H. habilis) and weight of 30 stone. Besides, just like modern hyenas, they had very powerful jaws that could crush the bones of animal carcasses and get to the nourishing marrow, unlike humans, ancient or modern. What’s more, say the authors, the hyenas were not the only predators that competed with our ancestors: there were a number of felid species that roamed Europe in those times, making it additionally difficult for the hominids, who lacked the hunting “equipment” of those giant cats, to survive. For more information: Were large carnivorans and great climatic shifts limiting factors for hominin dispersals? Evidence of the activity ofPachycrocuta brevirostris during the Mid-Pleistocene Revolution in the Vallparadis Section (Valles-Penedes Basin, Iberian Peninsula) Image courtesy of Wikimedia Commons user: Heinz-Werner Weber]]>