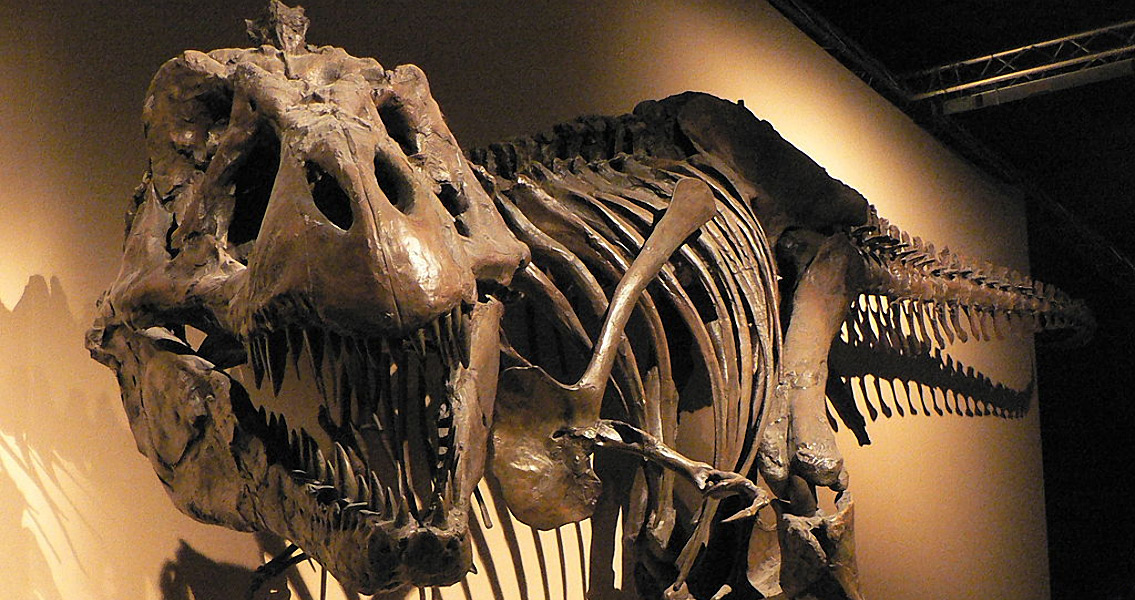 a study of Tyrannousaurus fossils in museums in North America revealed four specimens which had bite marks on them, made by a large animal. Since the largest carnivore in the region at the time was the T-Rex, the researchers concluded that the eater must have been another T-Rex, suggesting cannibalism was a common behaviour among Tyrannosauri. Earlier this year, British researchers studied in Alberta, Canada, the remains of a Daspletosaurus, another species from the Tyrannosaurus family, which bore traces of multiple fights and cannibalism. The Daspletosaurus was smaller than the T-Rex and had apparently become a victim of a bigger genetic cousin, who also snacked on it after its death. The evidence pointing in that direction included bite marks and even one puncture wound to the back of the head, which was the result of a particularly hard bite, according to the researchers who studied the skull. The cousin in question, however, was not T-Rex because the Daspletosaurus lived 75 million years ago, the BBC writes, before that most famous of the Tyrannosaurids came onto the scene. For more information: TYRANNOSAUR CANNIBALISM: A CASE OF A TOOTH-TRACED TYRANNOSAUR BONE IN THE LANCE FORMATION OF EASTERN WYOMING Image courtesy of Wikimedia Commons user: David Monniaux]]>