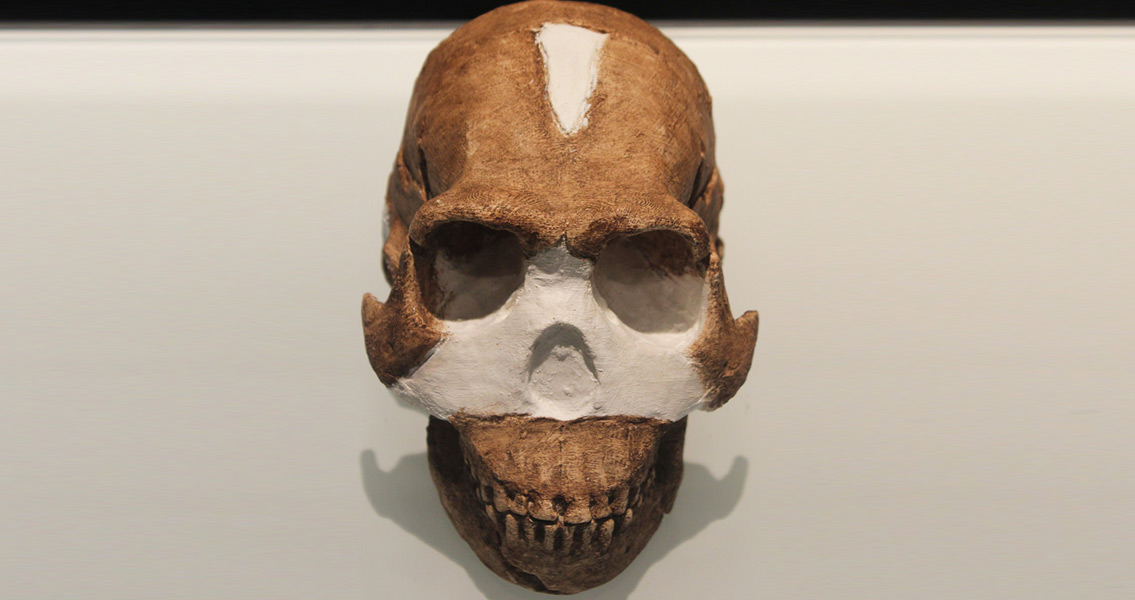 Homo naledi, a species first discovered earlier this year which is part of the Homo genus. In a paper published in the South African Journal of Science, Professor J. Francis Thackeray from the Evolutionary Studies Institute at the University of Witwatersrand suggests that H.naledi lived two million years ago (plus or minus 500,000 years). He bases his conclusion on a comparative analysis of H.naledi and other Homo species’ skulls. If proven correct, Thackeray’s conclusion could be hugely important in furthering our understanding of the evolution and development of the Homo genus, allowing H.naledi to be placed in the human family tree. In September of this year Professor Lee Berger, also from the University of Witwatersrand, first announced the discovery of H.naledi. Over 1,500 bones from the hominin species were discovered in the Rising Star cave in the Cradle of Civilisation World Heritage Site, South Africa. The name H.naledi comes from the word for a star in the Sesotho language. The fossils unearthed at the cave constitute a complete skeleton, an extreme rarity when it comes to early members of the homo genus. This fact allowed Berger and his team to conclude that it was one of the oldest members of the homo genus. H.naledi was ape like in many respects, but also had several characteristics in common with modern humans. H.naledi’s brain size was likely similar to that of a gorilla, based on analyses of its skull, while its pelvis and shoulders were also ape like. It has been classed as a hominin due to the advanced shape of its skull, long legs, small teeth and modern-like feet. Attempts to conclusively date the fossils have so far proven unsuccessful, however. A study by Paul HGM Dirks, carried out in conjunction with Berger, concluded that the usual method of dating such fossils; stratigraphic analysis of the area they were excavated from, had proven inconclusive due to the unusual geological and taphonomic context of the Dinaledia Chamber where the remains of H.naledi were discovered. Stratigrahic analysis is the method which has been used to date other hominin fossils, such as Australopithecus africanus. Thackeray has based his conclusion on a statistical analysis of the skull size of different hominin specimens. “The method is based on a least squares linear regression analysis of mean values of measurements for crania of 12 hominin species… The analyses were performed to obtain standard errors of m-coefficients (sem) in regression equations of the form y = mx + c, based on pairwise comparisons of cranial data, as described elsewhere for pairs of hominin specimens”. He writes in the study. His results confirm that H.naledi is indeed significantly different from the ten other species included in the study. Secondly, he was able to determine the level of similarity between different species’ skulls. He found that H.naledi was most similar to the skulls attributed to Homo habilis, known to date to 1.8 million years ago, and to some extent to Homo rudolfensis, which lived between 2 and 2.5 million years ago. As he explains in the study, “…H. naledi appears to be most similar to specimens attributed to early Homo, notably H. habilis, and (to a lesser extent) H. rudolfensis and H. erectus.” Significant questions remain about H.naledi, and where it fits into the evolutionary tree. Thackeray’s study has the potential to make clearer H.naledi’s place in the history of the Homo genus. For more information: Thackeray JF. Estimating the age and affinities of Homo naledi. S Afr J Sci. 2015;111(11/12), Art. #a0124, 2 pages. http:// dx.doi.org/10.17159/sajs.2015/ a0124 Image courtesy of Wikimedia Commons user: Martinvl]]>