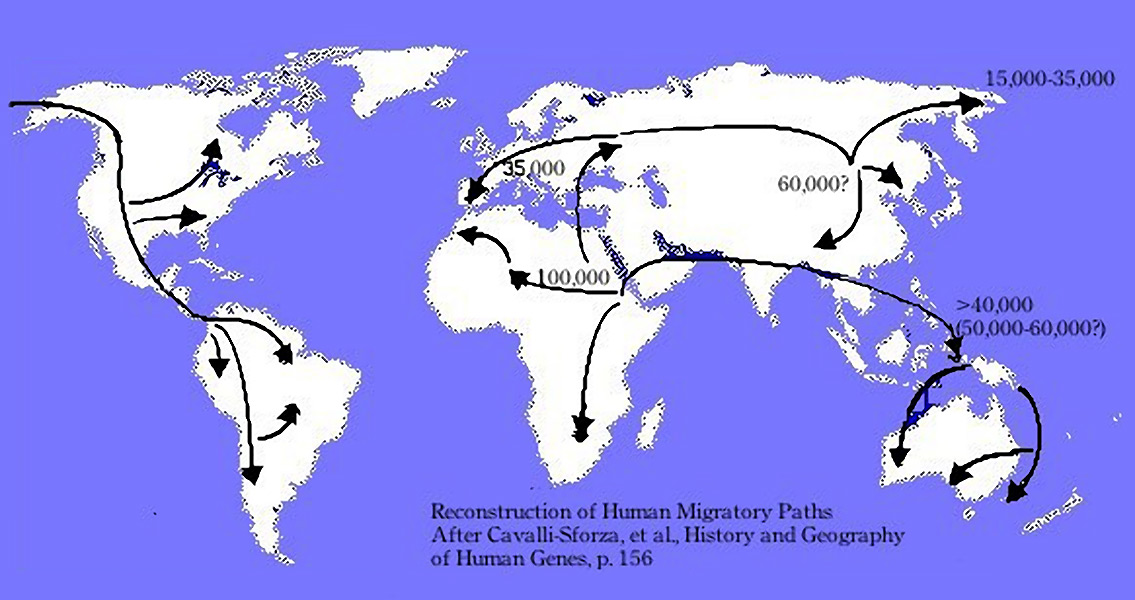 History of 2015: Migration, Conflict and Society

study by Nick and Isabelle Winder suggested that compassion and a willingness to accommodate ‘defective’ members of a community played a key role in our evolution and development. The study stands in stark contrast to readings of evolution which focus on competition and ‘survival of the fittest’. The Winders’ “Vulnerable Ape hypothesis” argues that small, isolated hominin communities provided few opportunities to enrich the gene pool. Rather than choosing not to mate, early hominins would often pick a close genetic relative, heightening the risk of offspring with ‘faulty’ genes which would put them at a disadvantage. The hypothesis argues that parents had to learn to work together as a community to cope with these disadvantages and ensure the survival of their genes. As Isabelle Winder summarised: “Genetic vulnerability was the trigger that set our ancestors on the path to symbolic language, innovation and pro-social co-operation.” Another study, carried out by the University of Utah’s Professor David Carrier, has added weight to a very different reading of human development. The “Primal Pugilism” theory suggests that aggressive behaviour, and particularly the ability to throw punches, had an important role to play in the development of the human hand. Carrier and his team took the arms of eight different cadavers, and carried out a variety of tests on them to prove that hands clenched in a fist were capable of hitting with more than double the force of an open hand. This was taken as support of the theory that aggression was an evolutionary advantage to early primates. Carrier and colleagues have done previous research along similar lines, including a study arguing that early hominins evolved to have skulls and faces more resistant to violence. The Primal Pugilism or Aggressive Ape theory is a controversial one, placing aggression and violence as drivers of early hominin evolution. In 2014 an article was published in National Geographic accusing the theory of being too simplistic, referring to it as “bro-science”. Whatever one’s opinions on Carrier’s ideas, the strong reactions the theory can trigger surely provide an insight into modern sensitivity and concerns. In November, Dr. Penny Spilkins conducted a new study on human dispersal in the Late Pleistocene around 100,000 years ago. Dr. Spilkins argues that a dramatic shift in the rate and pattern of human dispersal during the period can not be explained by population growth or environmental factors. Instead, Dr. Spilkins argues in the study that humans’ movement out of Africa and to the furthest corners of the globe can be explained in terms of social developments. As human relationships became more complex, laying the foundations for the bonds needed for early societies, so did the potential causes of conflict. The dark side of stronger social bonds was that the level of repulsion one felt at a betrayal, and the desire for revenge became stronger. This, Dr. Spilkins argues, could push humans into living further apart: outcasts forming groups and moving away from the community at large, eventually crossing oceans in search of isolation. The above studies show how a myriad of new techniques and information can be applied to our study of history. All of them are theories, models which attempt to explain the complexities of our development, and are not necessarily mutually exclusive to each other or other theories. The fact that the conclusions they’ve reached can at times seem so controversial, shows just how much value is placed on the past, and just how much there is still to learn. ]]>