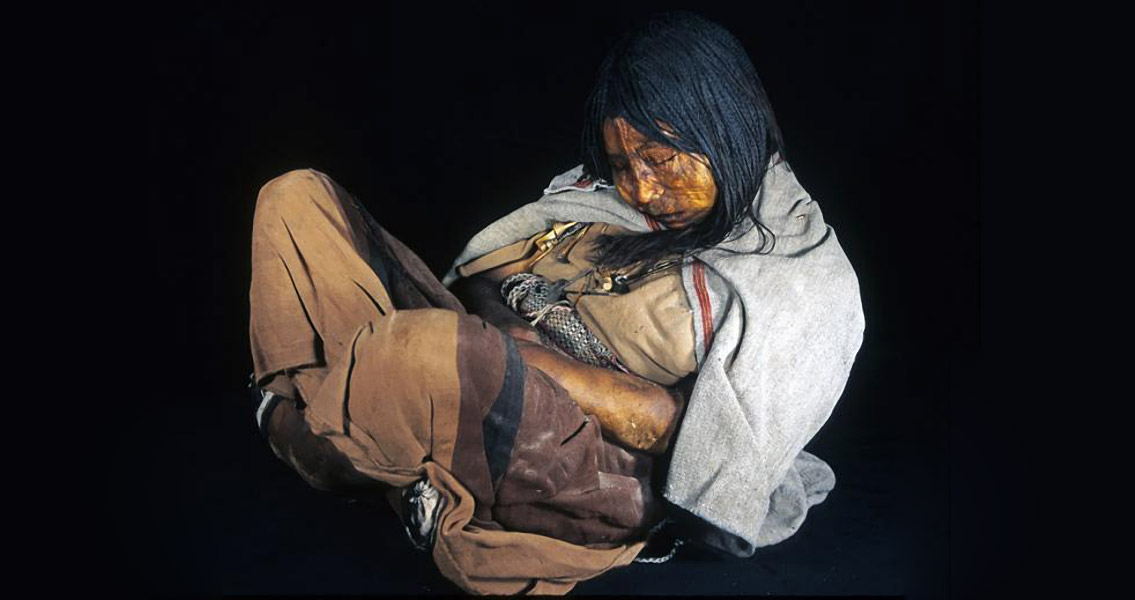 Science Advances, the study marks the first large scale investigation of indigenous DNA and its presence in modern Americans. The researchers analysed directly the DNA of 92 pre-Columbian skeletons, ranging from 500 to 8600 years old. Maternal genetic lineages were charted for the study by extracting and sequencing whole mitochondrial genomes from the teeth and bones of the 92 pre-Columbian skeletons. The team’s findings were shocking. “Surprisingly, none of the genetic lineages we found in almost 100 ancient humans were present, or showed evidence of descendants, in today’s Indigenous populations,” explained Dr Bastien Llamas, a Senior Research Associate with ACAD and joint lead author of the study. “This separation appears to have been established as early as 9000 years ago and was completely unexpected, so we examined many demographic scenarios to try and explain the pattern.” How such an extreme population decline could take place is a mystery, but Llamas suggests it is directly tied in with the pattern of colonisation. “The only scenario that fit our observations was that shortly after the initial colonisation, populations were established that subsequently stayed geographically isolated from one another, and that a major portion of these populations later became extinct following European contact.” he said, in a press release. “This closely matches the historical reports of a major demographic collapse immediately after the Spaniards arrived in the late 1400s.” Just last month, a genetic analysis of Panamanian men found that even though most Panamanians are from female indigenous ancestry, only 22% of the men studied had Y-chromosomes of native origin. Published in the journal PLOS ONE, the study led by Viola Grugni revealed the signature of the strong male genetic impact of European invaders. Beyond highlighting the dramatic consequences of European colonisation, the data collected by the researchers behind the latest study offers insight into the timing of the very first population of the Americas. “Our genetic reconstruction confirms that the first Americans entered around 16,000 years ago via the Pacific coast, skirting around the massive ice sheets that blocked an inland corridor route which only opened much later,” said ACAD’s director, Professor Alan Cooper. “They spread southward remarkably swiftly, reaching southern Chile by 14,600 years ago.” These earliest Americans were distinguished by their limited genetic diversity, a consequence of their population being isolated on the Bering Land Bridge for thousands of years during the last Ice Age. “This long isolation of a small group of people brewed the unique genetic diversity observed in the early Americans.” remarked Dr Lars Fehren-Schmitz, from UCSC, the other lead author. The new study charts both the formation of a unique early American identity, and its disappearance as a result of European colonisation. Image courtesy of Johan Reinhard]]>