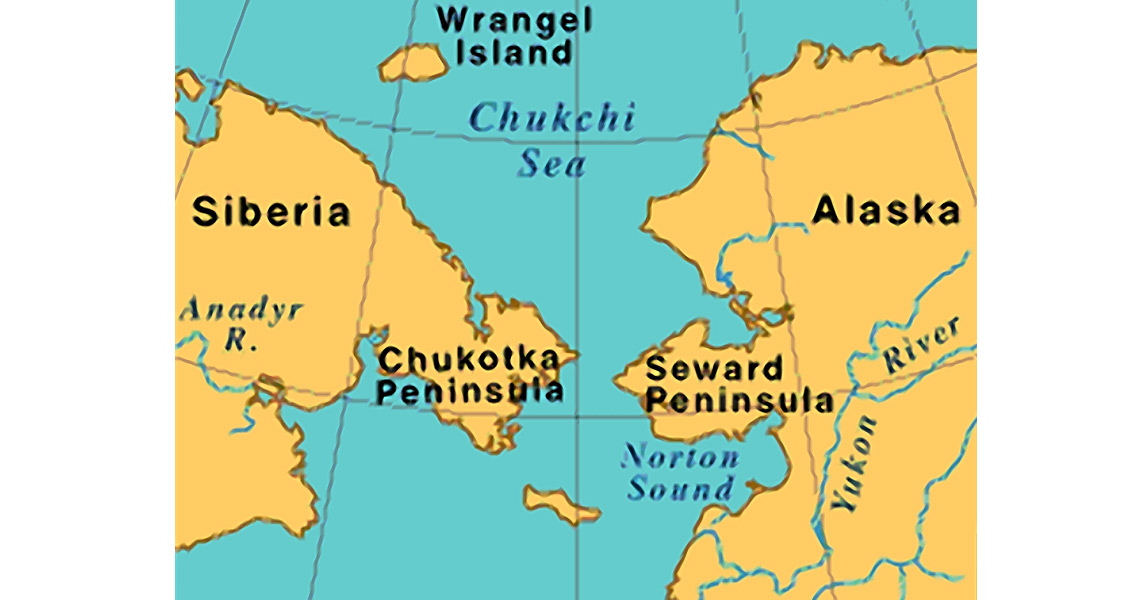 Journal of Archaeological Science, the new findings have the potential to drastically rewrite the history of North America and trade between continents. The artifacts in question, examples of smelted alloys, were found on Alaska’s northwestern coast, at Cape Espenberg. The site, on the Seaward Peninsula, was inhabited by the Thule people, an Arctic culture which originated on the Alaskan coast in around 900 CE and spread as far as Greenland. A society whose existence was built around hunting, Thule houses were built from whale bones, skin and sod. Previous archaeological finds and oral histories have long given clues that objects from Eurasia reached prehistoric North America, but concrete proof had not been found until now. H. Kory Cooper, an associate professor of anthropology at Purdue University, led the metallurgical analysis of the artifacts. “We believe these smelted alloys were made somewhere in Eurasia and traded to Siberia and then traded across the Bering Strait to ancestral Inuits people, also known as Thule culture, in Alaska. Locally available metal in parts of the Arctic, such as native metal, copper and meteoritic and telluric iron were used by ancient Inuit people for tools and to sometimes indicate status”, he explained in a press release from the university. “Two of the Cape Espenberg items that were found – a bead and a buckle — are heavily leaded bronze artifacts. Both are from a house at the site dating to the Late Prehistoric Period, around 1100-1300 AD, which is before sustained European contact in the late 18th century.” Fieldwork for the study was led by Owen K. Mason and John F. Hoffecker, both from the Institute of Arctic and Alpine Research at the University of Colorado, Boulder. Between 2009 and 2011 they excavated a host of artifacts, including six objects made from metal. Both the belt buckle and the bead were made from leaded bronze – an alloy of copper, tin and lead. They were a lucky find, with metal artifacts rarely found at dig sites due to poor preservation. The fragmented leather belt strap was dated to between 500 and 800 years old, although the metal component could be significantly older. “The belt buckle also is considered an industrial product and is an unprecedented find for this time,” Cooper said. “It resembles a buckle used as part of a horse harness that would have been used in north-central China during the first six centuries before the Common Era.” Cooper and colleagues’ study adds to the growing body of knowledge about prehistoric North America, and the remarkably diverse and complicated cultures that lived and thrived there long before Europeans arrived and changed the continent forever. “This will cause other people to think about the Arctic differently. Some have presented the Arctic and Subarctic regions as backwater areas with no technological innovation because there was a very small population at the time.” Cooper said. “That doesn’t mean interesting things weren’t happening, and this shows that locals were not only using locally available metals but were also obtaining metals from elsewhere.” ]]>